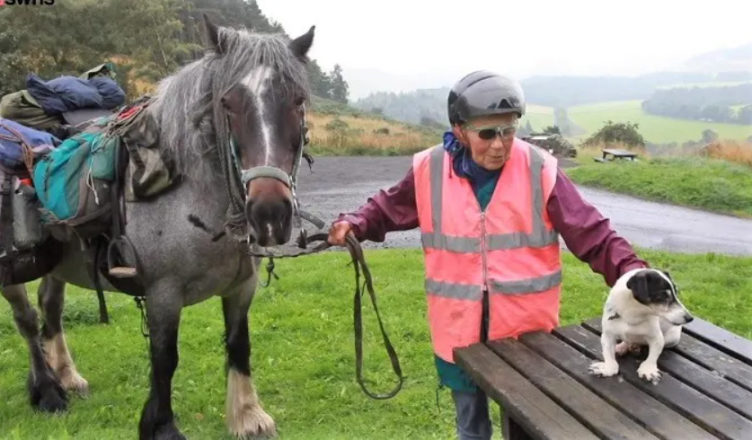 Jane Dotchin, 80, travels 600 miles across the United Kingdom every year. Diamond, her loyal horse, and Dinky, her dog, are always with her.

Dotchin grew up surrounded by animals and wants future generations to be more conscious of them. Throughout her trip, she encounters drivers that pass too near to Diamond, big campervans that dominate camps, and severe weather.
Despite these difficulties, Dotchin makes the most of her annual trip. 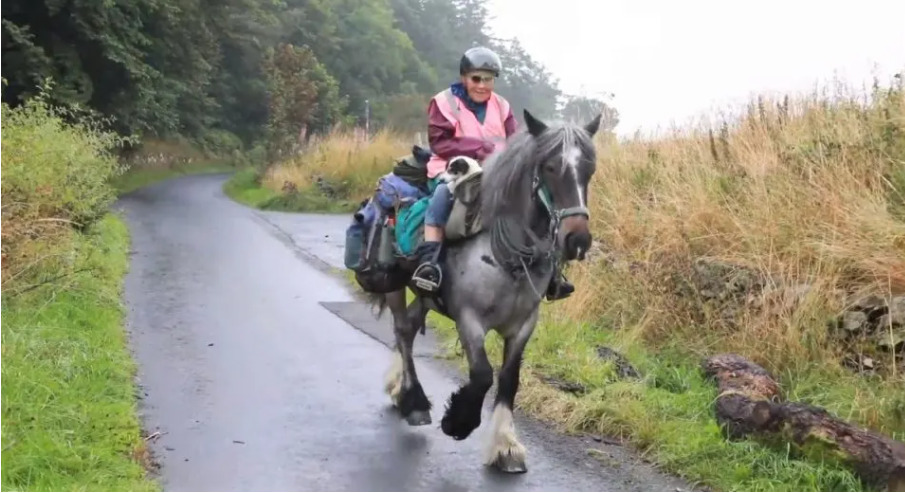 It’s been more than 40 years in the making.
In 1972, Dotchin began her journey all through the United Kingdom. Diamond, a 13-year-old Irish Cob, and Dinky, a 10-year-old injured Jack Russell terrier, are her current travel companions.

Her journey from her home in Hexham, England, to the Cairngorms in the Scottish Highlands will take her around seven weeks. Dotchin frequently stops to meet friends along the road, staying with them for a day or two.
Dotchin just brings the basics, such as a tent, a basic cell phone, and food. Her travel diet consists primarily of oatcakes, oatmeal, and hard cheese, with occasional breaks at local rest sites. She collects water from a nearby stream on days when she can’t get milk for her porridge. 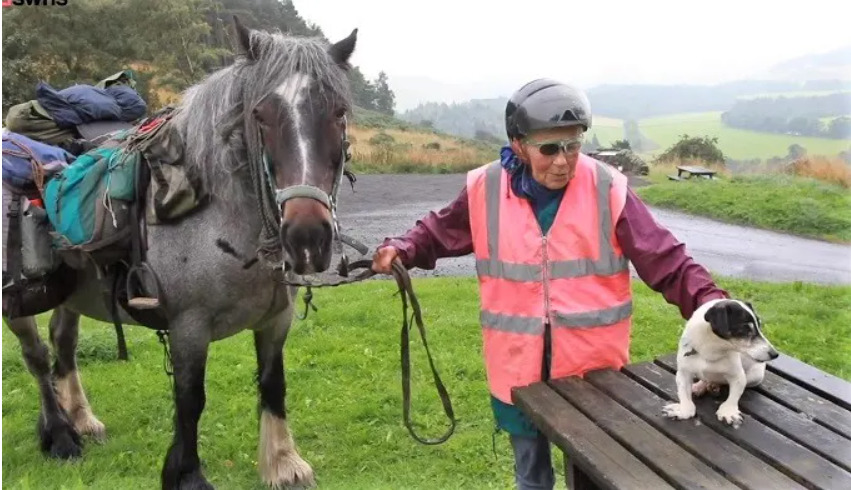 Dotchin enjoys the freedom of the wilderness, where he may see big stags, curious foxes, and other animals.

She walks between 15-20 miles each day on average, which is an incredible achievement. She doesn’t bother bringing a map because she is so familiar with the path.

Due to an epidemic of foot and mouth illness among animals in the United Kingdom in 2001, Dotchin was unable to finish her tour on horseback that year. She chose to travel by bicycle instead. 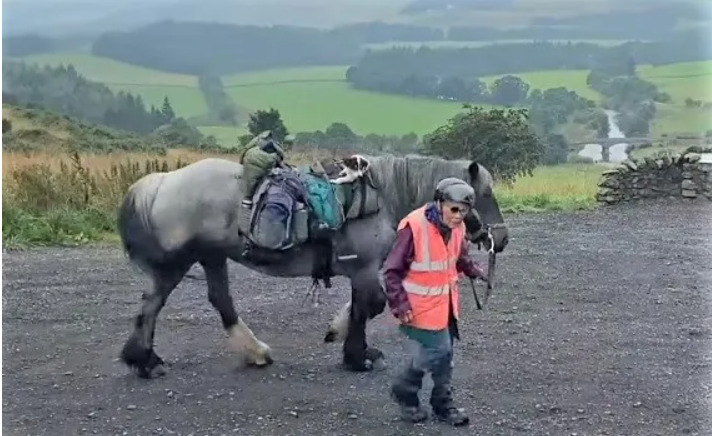 Dotchin was acknowledged for her extraordinary achievement.
Dothcin has no intention of stopping her annual journey. Despite wearing an eyepatch, she makes the most of her annual trip, taking in the sights and seeing the people she meets along the route. 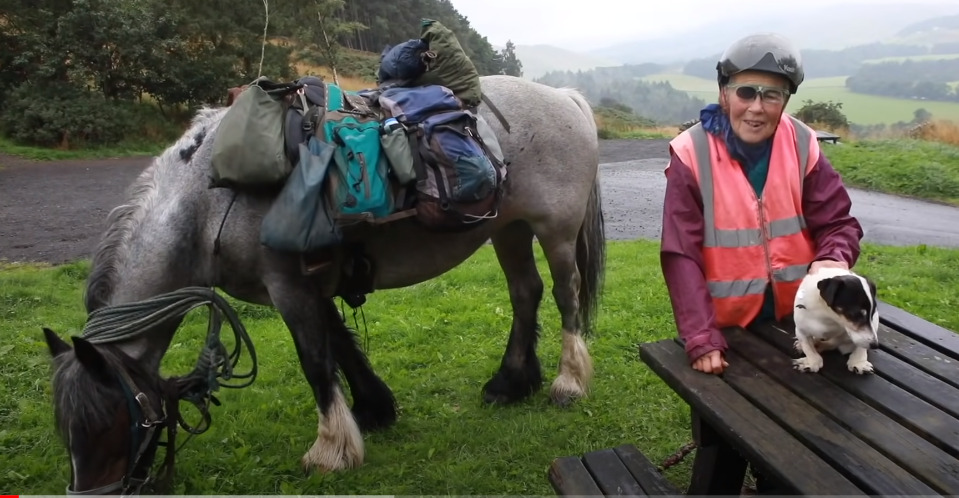 Dotchin received an Exceptional Achievement Award from the British Horse Society for her exemplary annual trek. Her fourth Diamond trip was this year. Dotchin has traveled with four generations of pack horses, the first being a Haflinger stallion. 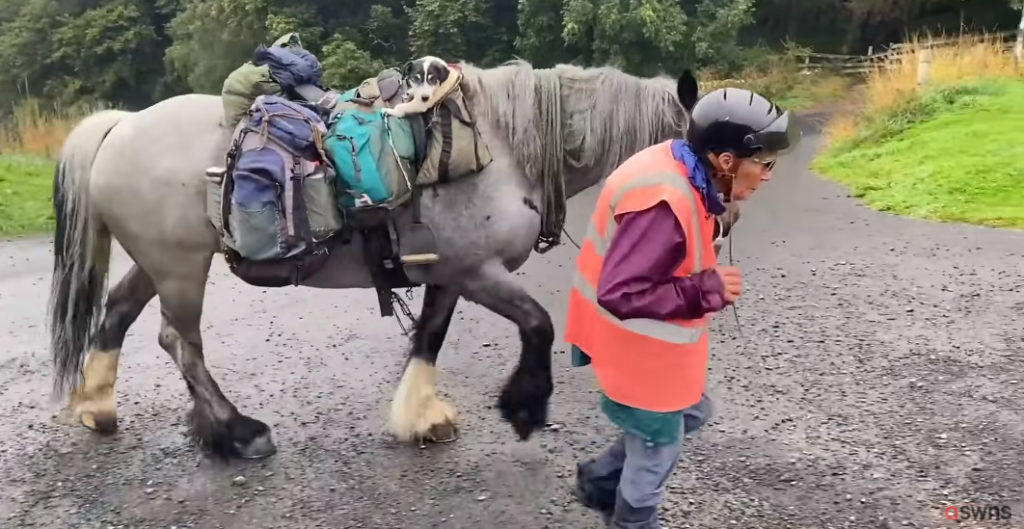