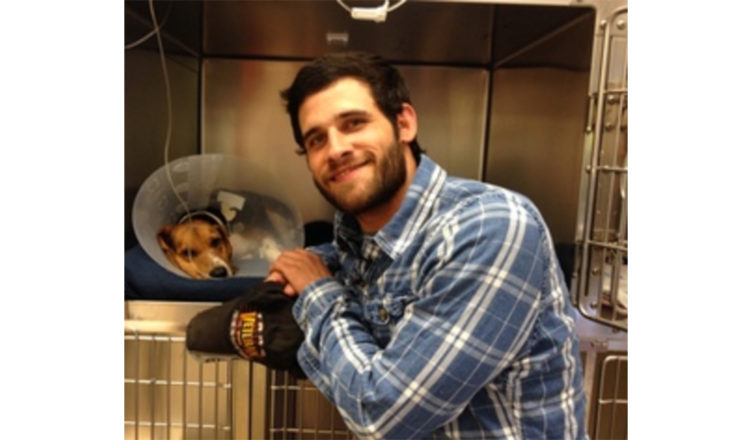 Aaron Schneider, an Iraq war veteran was driving when he noticed in the middle of the road injured dog . He pull over and immediately approached to a dog to
help him.

Of course his descision  saved dog’s life. Furthermore, one lucky dog will now be rescued. 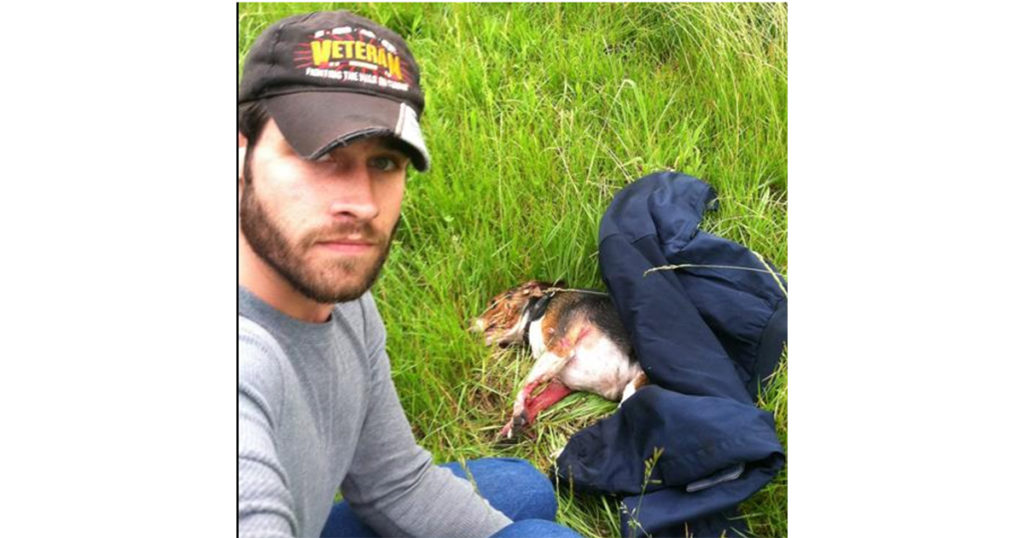 Aaron was traveling one day when he came across a puppy that had clearly been hit by another automobile. The veteran pulled over, walked across three lanes of traffic, and rushed to the animal’s help without hesitation. It’s great  he did so, as the dog had been hit by a car traveling at 110 km/h and had been left for dead.

Aaron contacted 911 after bringing the dog to the side of the road, where it was no longer at risk of being crushed by cars. 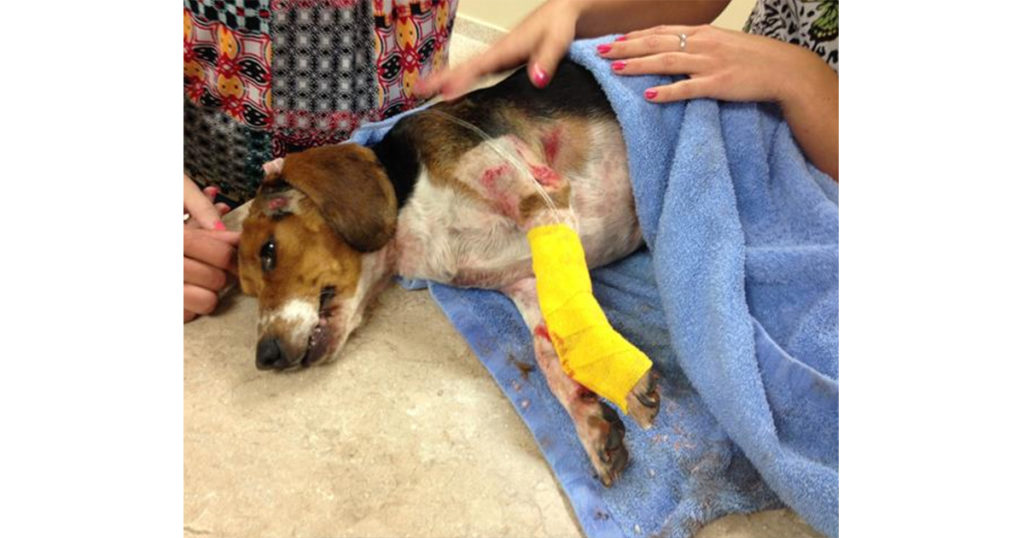 Aaron waited there in the rain for three hours. He created a stretcher for the puppy and placed him into the back of a friend’s car when he realized he couldn’t wait that long.

He said “My combat lifesaver training kicked in, and I’m thankful I was able to use it to save him.” “I saw a lot of loss while serving in Iraq, which is one of the reasons I was determined to see him make it.” 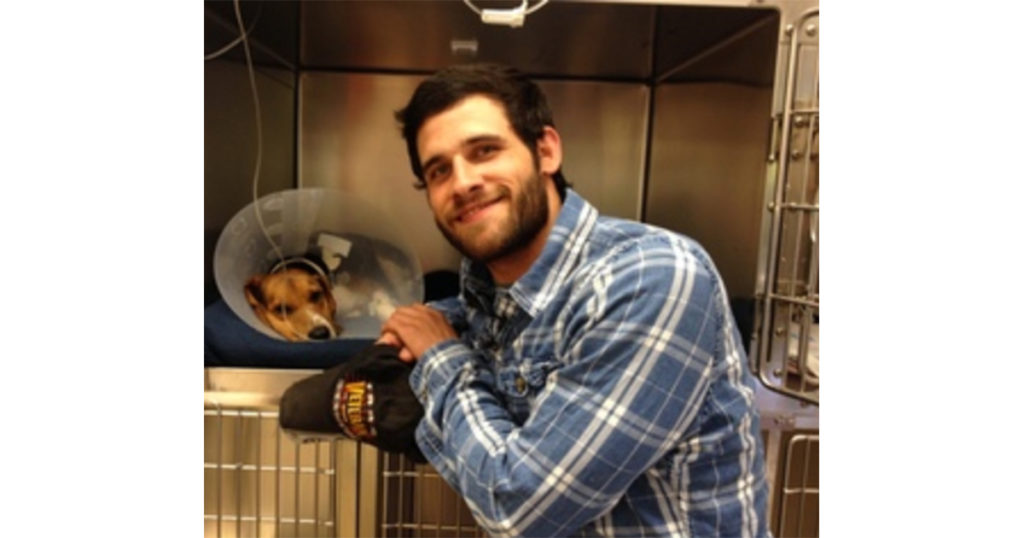 Buster, the puppy, had shattered ribs, a ripped windpipe, and internal hemorrhaging, according to later scans. Fortunately, he went on to make a full recovery, due to Aaron’s bravery.

Not only that, but once Buster’s treatment was complete, Aaron adopted him, ensuring that the dog will now have the life of love and care that he so well deserves.
Aaron is an inspiration, and I’m confident Buster will have the best life possible while in your care.