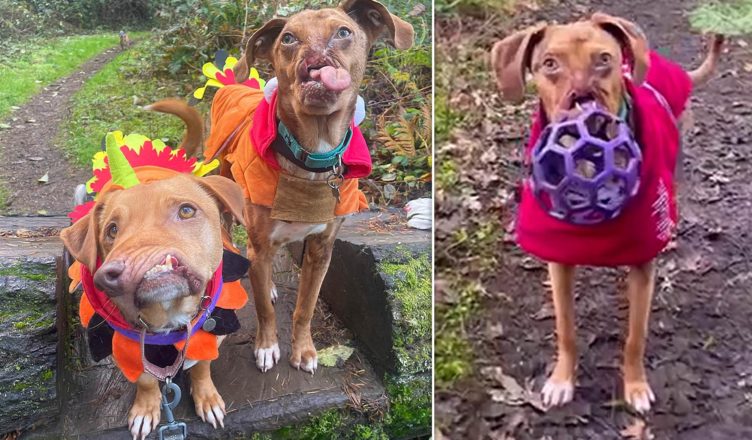 Picasso and Newt were adopted by Liesl Wilhardt, the founder and director of Luvable Dog Rescue, and now live in Eugene, Oregon.

Wilhardt adopted Picasso in 2017 following the death of his brother, Pablo, and Newt in 2021, and the two became inseparable soon after.

Picasso, who is five years old, was born with a twisted snout, while Newt, who was one year old at the time, was left with no upper jaw when his mother bit him.

Picasso’s disease, known as wry mouth, causes one side of the jaw to grow faster than the other, resulting in a twisted appearance similar to that of his namesake, Pablo Picasso.

The medical condition can affect a number of different animal species, including humans, and it causes no discomfort, but it makes it much more difficult for pets to be adopted. 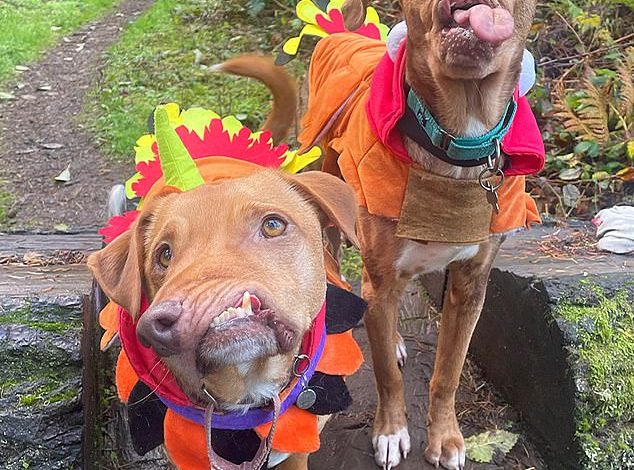 Despite the challenges they face on a daily basis as a result of their deformities and Newt’s medical issues, the couple is now incredibly happy.

“Newt has had much more obstacles, surprisingly the larger challenges are not caused by his absence of upper jaw,” she said, noting that both Picasso and Newt enjoyed people.

Most people, according to Wilhardt, would perform a double take and then look at the dogs for a long time, trying to comprehend what they were witnessing.

“They’re not in any pain; they’ve learned to adapt to their physical limitations and can accomplish practically everything they desire.”