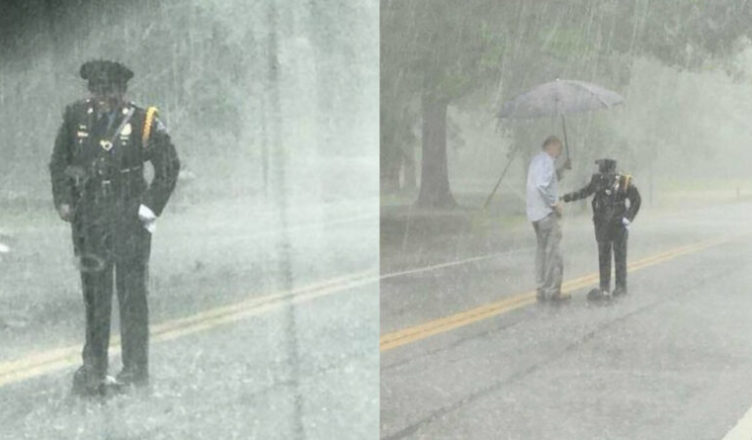 In Greenbelt, Maryland, a couple was driving home in the rain when they came upon an incredible act of humanity. A police officer stood in the middle of the road, wet by the rain, yet she couldn’t help but smile. That’s because she was trying to save a life. Carolyn B. R. Hammett and her husband initially assumed the road was flooded and that the officer was directing traffic, but this was not the case. 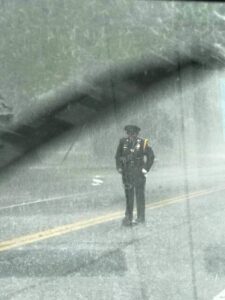 They noticed she was standing over something as they came closer. Carolyn noticed that the officer was standing over a snapping turtle that had decided to rest in the middle of the road due to the bad weather. There was a high possibility this turtle would have been ran over if it hadn’t been for the officer. The officer could save his life.

The pair was astounded by the generous act they were watching and pulled over to assist by sheltering the officer with an umbrella. 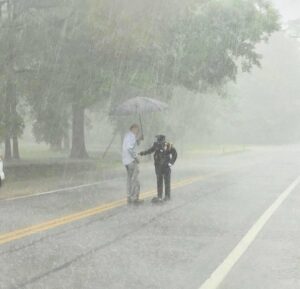 The officer was driving home from a ceremony when she learned of the animal’s condition. When the Hammetts arrived, she had phoned animal control for help, but they had not yet responded.

Rather of letting the officer stand in the rain any longer, Carolyn and her husband hurried home to get some shovels to carefully take the turtle off the road. The woman smiled as she thanked the pair and continued on her way. 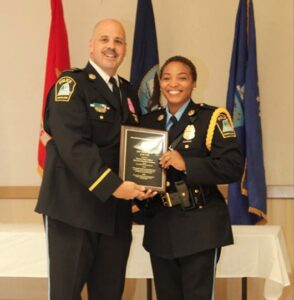 The officer, Sharnise Hawkins-Graham, was named Greenbelt Police Officer of the Year, which came as no surprise. She is well-deserving of this award because she definitely cares about even the tiniest creatures.