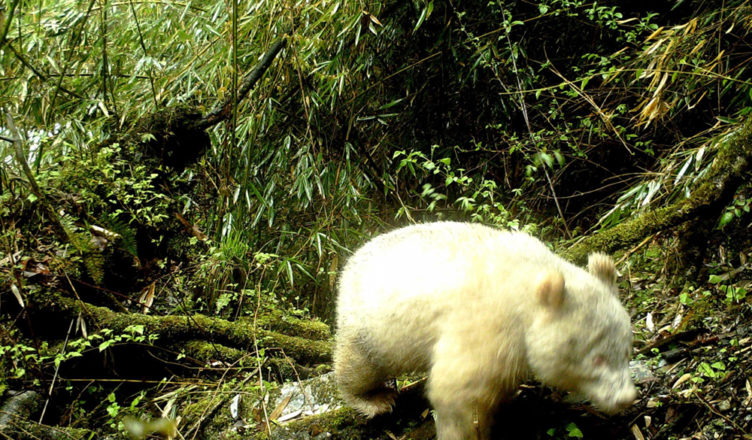 Did you know that polar bears aren’t the world’s only all-white bears? That’s right, you read that correctly. Despite the fact that their flawlessly white fur is thought to be a natural trait, other bears might be white as well. The albino ones, for example.

In mid-April, an exceedingly rare albino panda was seen on video while exploring its natural environment in a vast panda reserve in Sichuan province, China — the panda’s native territory. An infrared camera put a few months ago to monitor wildlife in the region recorded this amazing moment. 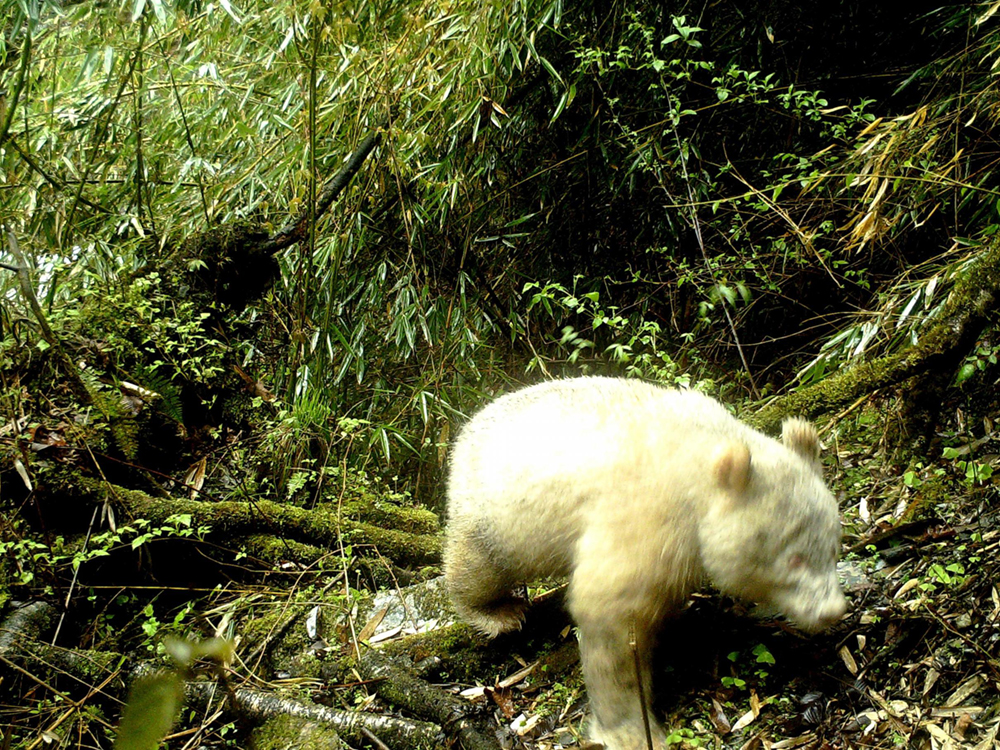 This newly recognized bear, like many other albino animals, has red eyes and appears to be in wonderful health, as seen in a historical photo given by the Wolong National Nature Reserve. The snowy-white panda, according to the Chinese reserve, is “physically powerful with a steady walk.” Albinism appears to have no negative impact on its health. However, this congenital disease continues to present problems for its sufferers, since their unusual features make it difficult for them to hide from predators.

Local experts are still uncertain about the gender of the unusual bear after studying the images, but they all believe that it’s likely a baby panda between one and two years old. It’s also the first albino panda to be photographed, demonstrating that albinism isn’t extremely common among these unique species. Wolong National Nature Reserve also intends to install more cameras in order to capture more images of the white panda and watch its progress in the future.

Only around 2000 pandas remain in the wild, making them the bear family’s rarest and most threatened species.