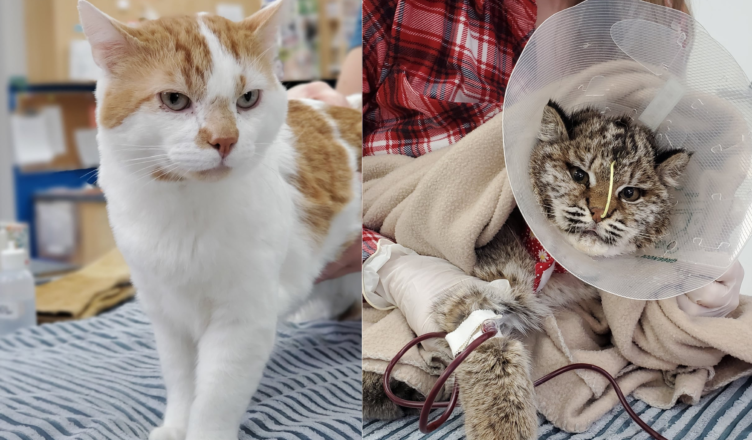 Domestic cat from Fredericton, the capital of New Brunswick, has been hailed as a hero after donating blood to save the life of a sick juvenile bobcat. Having been discovered in a barn in critical condition, the wild animal was sent to the Douglas Animal Hospital late on December 27.

A vet at Douglas Animal Hospital, Dr. Nicole Jewett, said that the cat was plainly not feeling well.

Even though it was unknown what had occurred to the unfortunate bobcat, vets were sent immediately in an effort to preserve her life and provide treatment for her. A blood transfusion was necessary in order for her to be treated since she was anemic and was suffering from kidney issues. 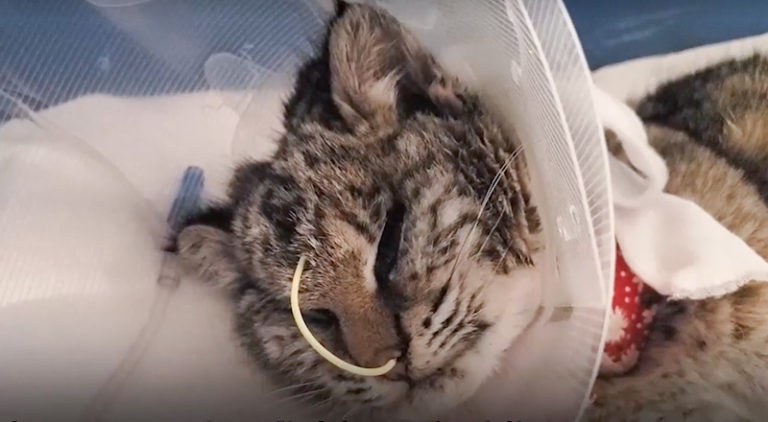 The Fredericton SPCA was approached by the animal hospital’s wildlife technologist, who requested that any cats that may be able to give blood be carried over to the hospital from the SPCA.

“Whether you’re a house cat or a bobcat, you’re still a feline,” Jewett said emphatically. “They have blood types that are comparable, so it’s a good fit.”

Smuckers, a four-year-old domestic cat with white and orange markings, jumps in to provide a helping hand when the situation calls for it. 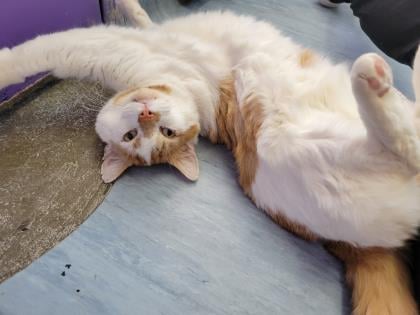 Both animals had Type A blood, and the transfusion was deemed a success in both cases. In the opinion of veterinarians, borrowing cats from animal shelters for blood transfusions is not unusual practice.

The veterinarians have named the baby bobcat “Fiona,” and she is currently doing “extremely well,” according to Dr. Jewett, and they aim to release her back into the wild  at the Atlantic Wildlife Institute. 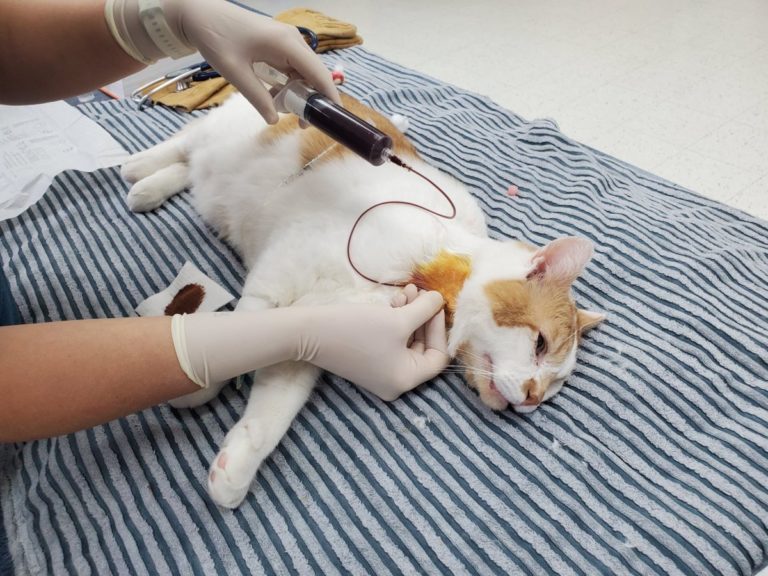 The story also has a pleasant ending for Smuckers. The Fredericton SPCA’s James says that following his blood donation, adoption inquiries poured in from all over the world, and that he has found a loving home with his new family. “It seemed as if everything just fell into place, and it’s fantastic when it does.”