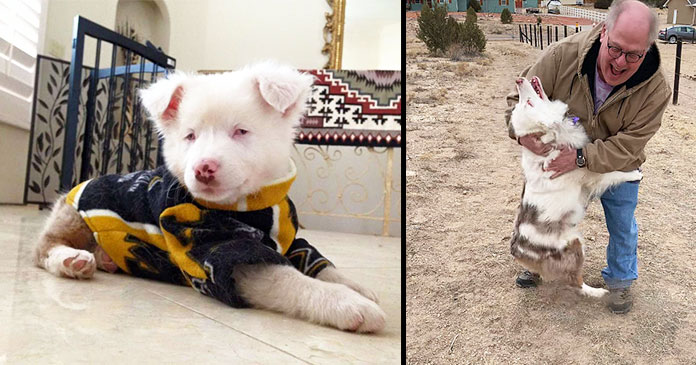 Dogs are devoted to their owners and miss them when they are separated. They don’t forget things quickly and remember them all the time. This was demonstrated by this deaf and blind dog that recognized her Grandpa after a year apart. Bitsy is the name of the dog, which Hayden Kristal brought home five years ago. 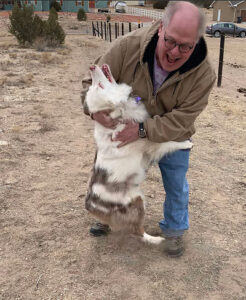 Kristal’s father, Steve, was concerned about the dog at the moment. The dog, which was just 5 weeks old and deaf and blind, was rescued. When Steve met the lively puppy, though, all of his anxieties has gone.

Bitsy had always been her own woman, according to Kristal. When she was brought home, the first thing she did was make a dash for the food dish, crawl into it, and eat it.

Bitsy is not a helpless dog, according to her father. She has gone walking, canoeing, riding the metro, and even skating all throughout the nation with her mother. 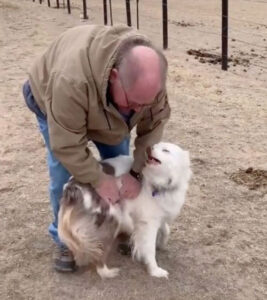 Bitsy is the nicest, friendliest, most affectionate, most devoted dog in the world, according to Kristal. Her father was the one who adored her the most. When they had free time, they enjoyed to hang out together.

But, alas, COVID arrived, along with the limitations that delayed Bitsy and her mother’s lives. The worst thing was being separated from Kristal and Bitsy’s family, which included Kristal’s father. Bitsy was reunited with her Grandpa after a one-year separation. 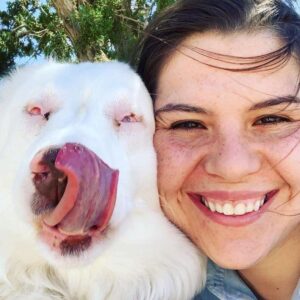 Steve was concerned that Bitsy might forget who he was. That, however, was not the case. According to Steve, the dog was ecstatic as soon as he got within smelling distance . On both sides, the sentiments were the same. Everyone is happy now that the family has reunited. We are glad that everyone is finally content.