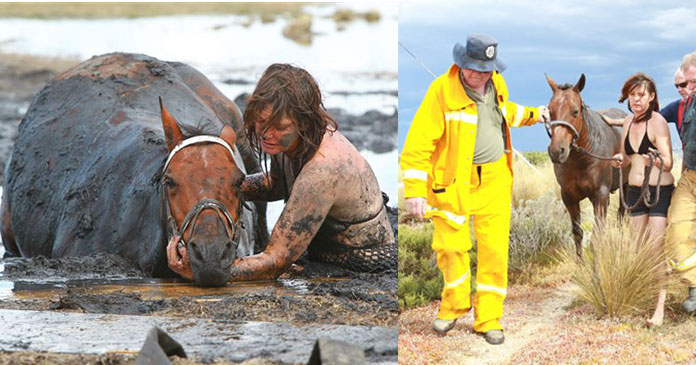 Animals are our devoted companions, providing us with unconditional love and affection. They demand nothing but love and compassion in return. Some animal fans will go to great lengths to ensure the safety of their pets. They may even put their lives on the line for this.

This is the story of a woman who went above and beyond for her horse. This woman protected her horse Astro from drowning by holding on to him for three hours when he got trapped in the mud. Nicole Graham did everything she could to keep her horse calm and collected so that he may be saved. 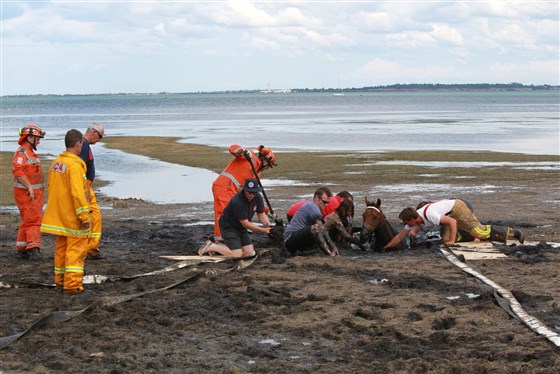 In Melbourne, Australia, the 17-year-old horse, which weighed 900 pounds, became trapped in the mud while out for a midday ride with his owner Nicole and her daughter Paris.

Although Paris’ horse became caught, it was readily freed since it was smaller than Astro’s. She tried to free Astro, but it was in vain as he became more stuck, so the only option was to stay with the horse and wait for rescue. 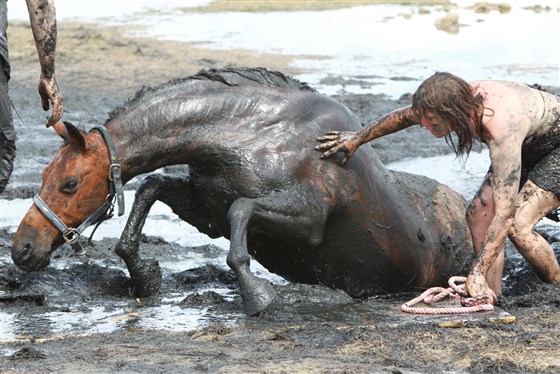 Paris, her daughter, was the one who brought the assistance. Before removing him, Astro had him sedated. He was strapped into a harness and dragged away by a tractor. The rescuers had to wait three hours to get the horse out. The majority of the horses were unable to survive in such mud.

Because the horse’s owner stayed with him, the horse barely suffered from dehydration and mild muscular swelling. Nicole truly performed an outstanding job. She was able to save her horse’s life thanks to her efforts.