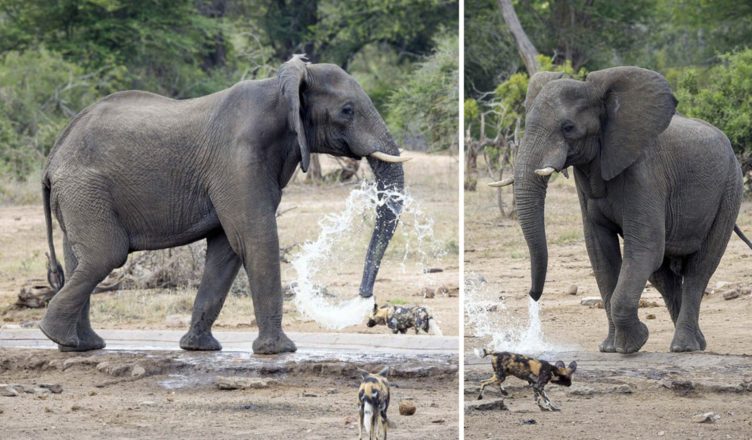 This is the moment a furious elephant used his trunk as a water cannon to frighten a pack of wild dogs. Jackie Badenhorst recorded the scene on camera in the Welverdiend waterhole in South Africa’s Kruger National Park.

The elephant was at a waterhole when he spotted dogs approaching him and chose to jump in. The elephant walked among the dogs, raising his trunk to enjoy the water. 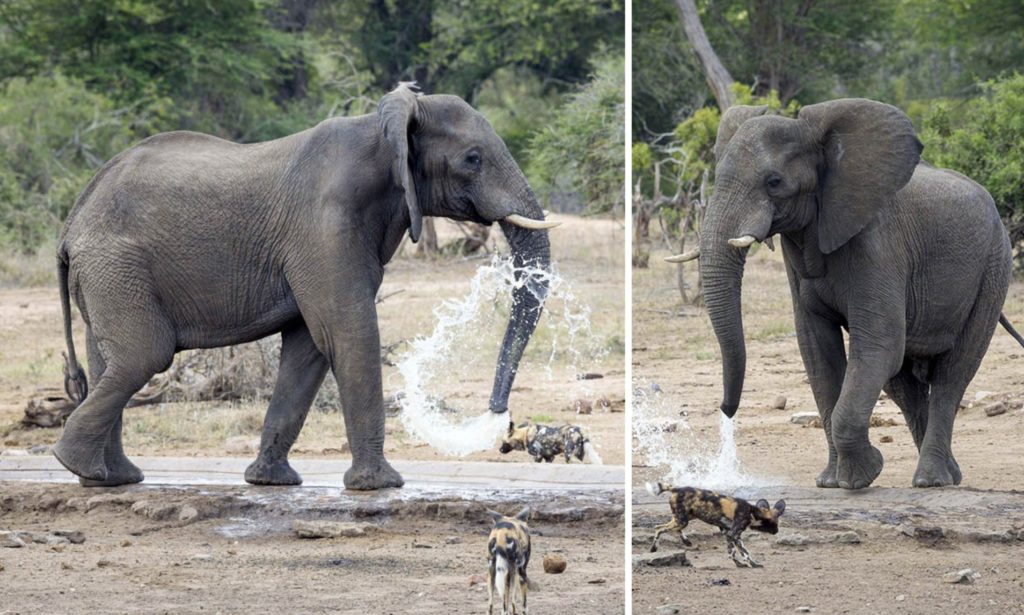 Mrs. Badenhorst, from Pretoria, said: ‘My husband and I went to the waterhole and found a pack of wild dogs drinking.

“As he got closer to the waterhole, he realized the dogs were there and immediately changed his posture and attitude, raising his head to appear larger and more intimidating.”

“He shook his head around a bit and made sure they knew who’s boss.” 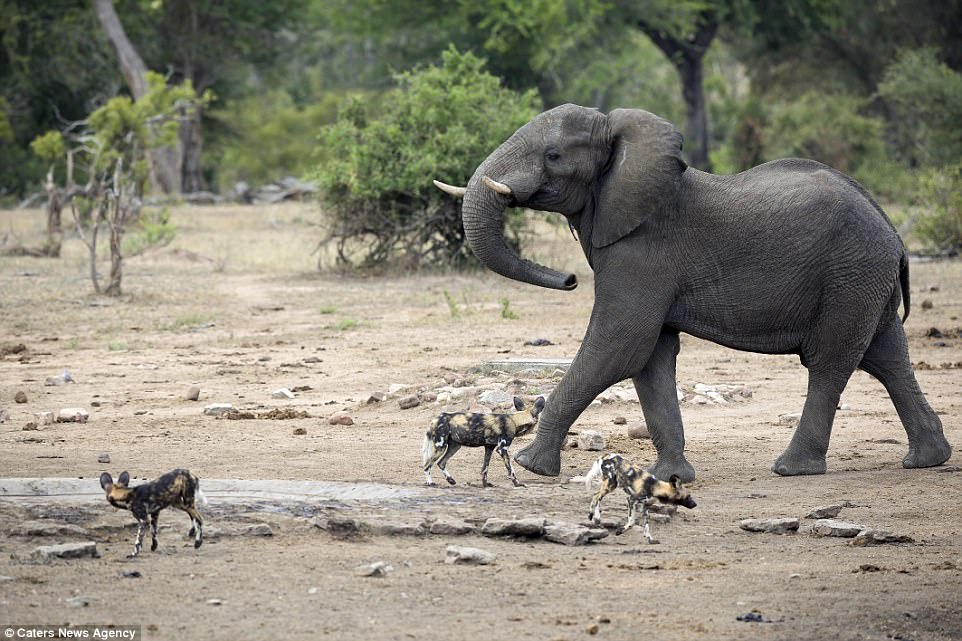 “Not long after we got there, a bull elephant came in the distance.”
When the naughty dogs refused to leave, the elephant began spraying water in their direction in an attempt to scare them.

She reported the elephant was still bothered by dogs after a time at the drinking hole and decided to move to a more peaceful part of the savanna. 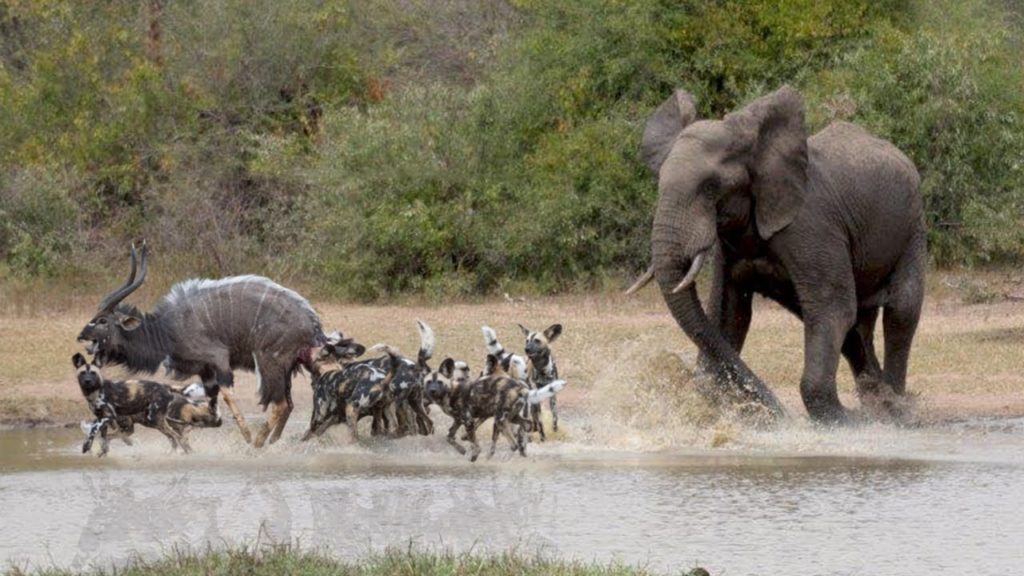 “A bull elephant appeared in the horizon not long after we arrived.”

When the naughty dogs refused to leave, the elephant began spraying water in their direction in an attempt to scare them.

She said the elephant was still bothered by dogs after a time at the drinking hole and decided to move to a more peaceful part of the savanna.

“He finally decided to leave the region and find some peace and quiet,’ she continued.  The dogs continued to bother a buffalo herd, kudus, and even tried to catch some jaguars for food. It was a lot of fun!   I’m a big fan of both wild dogs and elephants, so seeing the two interact was a joy for me.”

Ms. Badenhorst began photographing wildlife while living in the wilderness on a permanent basis.

Despite returning to Pretoria, she continues to capture animals whenever she has the opportunity.

“I began shooting animals many years ago while living in the wilderness.’
When I came back to Pretoria, my shooting slowed down, but I started getting back into it approximately five years ago.”

That’s when she bought in some high-quality equipment, and the ‘bug hit for good,’ as she put it.
“Now I go out into the bush as frequently as I can, and the challenge of getting a fantastic image keeps me going back for more and more,” she said.

“I appreciate the excitement of traveling to new areas and not knowing what you could see and capture, and at the end of the day, spending time in nature is what it’s all about.”