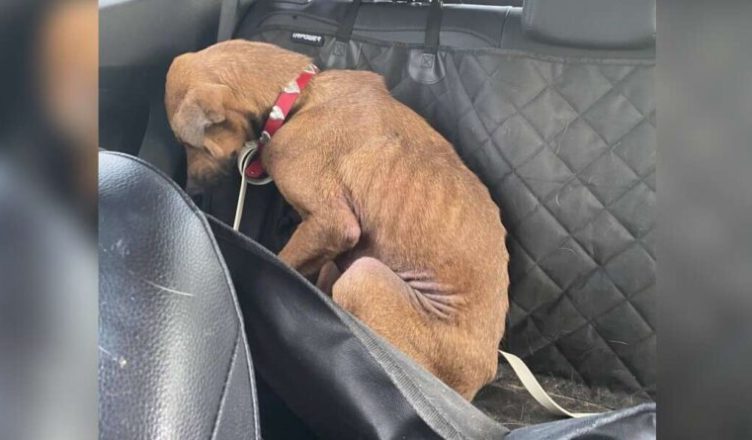 Animal control had discovered the skinny puppy roaming the streets of Southern California weeks before. She was placed on “death row” at the shelter because of her various health difficulties, but something in the little photo called to Cossairt’s heart.

So she filled out an application and was contacted by a rescue organization right away.

Cossairt tells “The worker at Ginger’s Pet Rescue was stunned and in tears that we were interested in her.” “She told us that no one had applied for Clementine out of the hundreds of dog applications they’d received in the previous three weeks.”

Clementine had a long and unpredictable path ahead of her in her current state, according to the rescue worker. But Cossairt already knew she’d go to any length to help the stray dog recover.

When Cossairt saw Clementine for the first time, it was evident that the dog had never felt love. 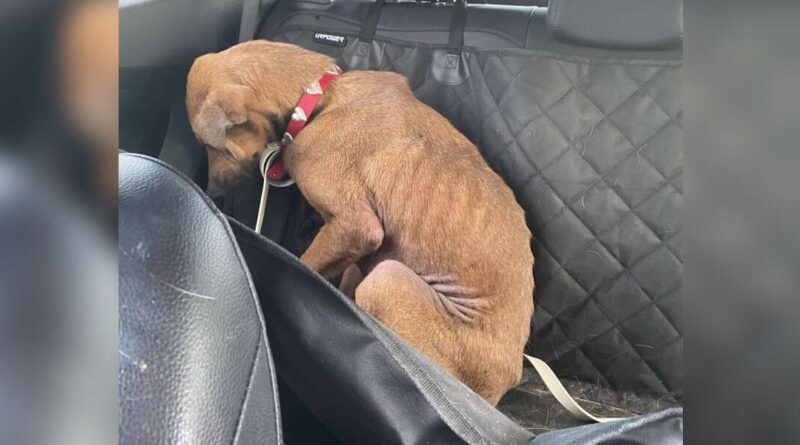 “Clementine was absolutely terrified of people and wouldn’t look anyone in the eyes,” Cossairt said. “She shook all the time, hid behind furniture and sat facing the wall for months.”

“She had defeated, empty eyes,” she added. “She never looked at our faces and she bowed her head whenever we walked over to her or near her.”

Clementine, on the other hand, trusted other dogs and gravitated toward her new furry siblings, Moose and Maple, right away. Cossairt got a glimmer of the joyful dog Clementine may become at that moment. 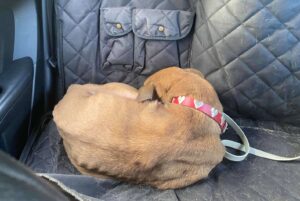 “She sought comfort in being near them and traveling with them as a pack around the house or yard,” Cossairt said.

Clementine began to feel better and stopped shivering after several vet visits and months of therapy for illnesses and allergies. She even found the bravery to confront her human parents. 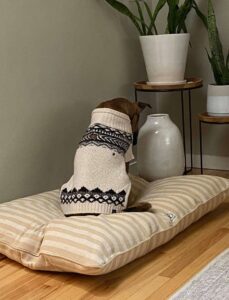 “She loves to look deeply into our eyes while we pet her, and she’s very attentive when we’re talking to her,” Cossairt said. “She’s still wary of new people and sometimes even gets spooked by us if we move too quickly or come up behind her, but she’s come so far.” 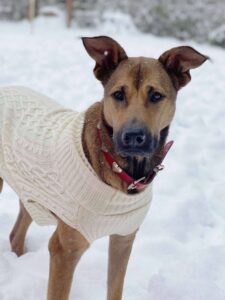 Clementine is like a different dog now, full of curiosity and fun, as if she’s reliving puppyhood for the first time. Most significantly, she now feels secure. 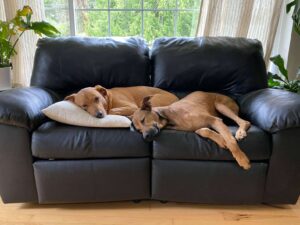 “She lays at our feet when we work from home and loves belly rubs after finally exposing her belly to us for pets last month,” Cossairt said. “She ‘boops’ everything in sight — we think it’s her way of exploring and figuring out what things are. She’s so puppy-like that sometimes we wonder if she got to be a puppy at all. She’ll nudge your hand if you’re not petting her or if you stop and she’s not done yet.” 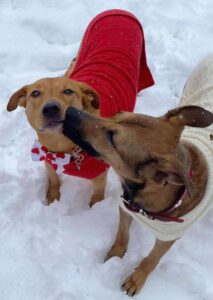 Clementine has gone a long way since her adoption, and she’s no longer the fearful dog who faced the walls. She now would do anything for her family, and they can’t imagine living without her.

“She’s such a nice and kind ,” remarked Cossairt. “From the beginning, we could see she just wanted to love and be loved in return. She’s protective and loyal to us, and she follows us around everywhere.”

We are really happy that she could find forever home and just live happy Dog life!