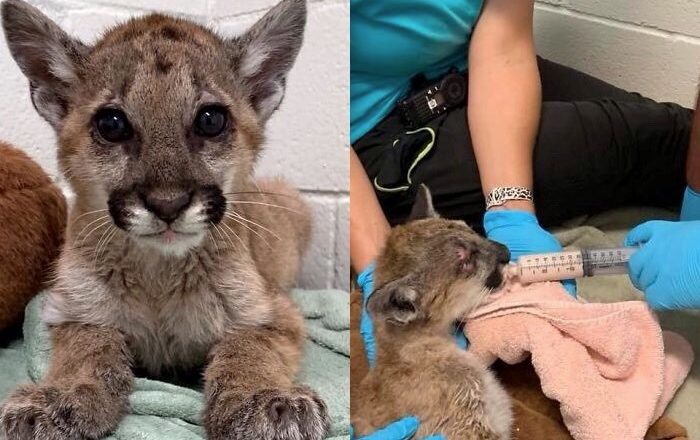 In September, firefighters discovered an orphaned 12-week-old mountain lion cub in Idyllwild, California. The cub was very dehydrated and hungry, weighing just 11 pounds and clinging to life by a thread.

During the forest fires that raged in the region, the unfortunate infant was most likely separated from her mother. But she was fortunate enough to be discovered by kind firefighters, who transported her to the San Diego Humane Society right away.

She was given the greatest care available there, and she is now a healthy young mountain lion. It’s astonishing how different she appears now that she’s been in wonderful hands for five weeks. 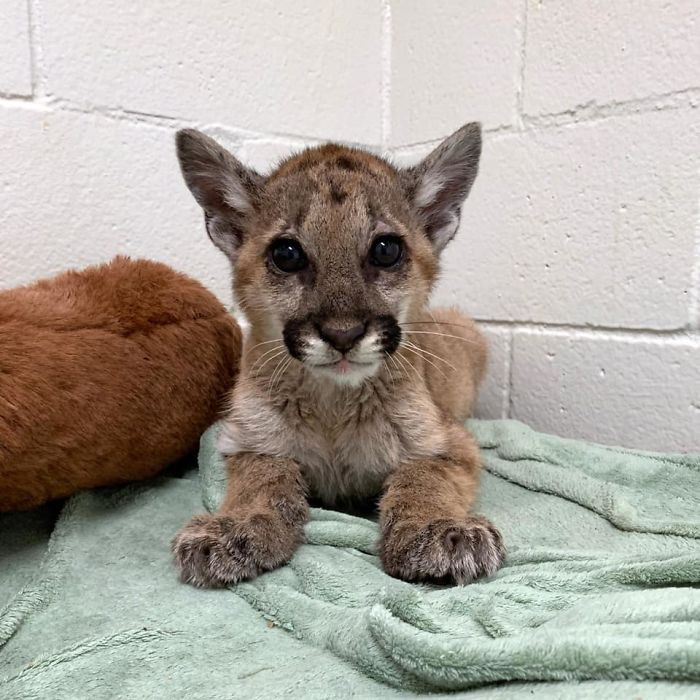 The story was shared on Facebook by the San Diego Humane Society. “In September, firefighters discovered a hungry and dehydrated 12-week-old mountain lion baby in Idyllwild.

The baby cub came at our Ramona Campus nearly unconscious and weighing less than 11 pounds, and she has needed meds and fluids on a regular basis.”

The cub was hungry and thirsty. 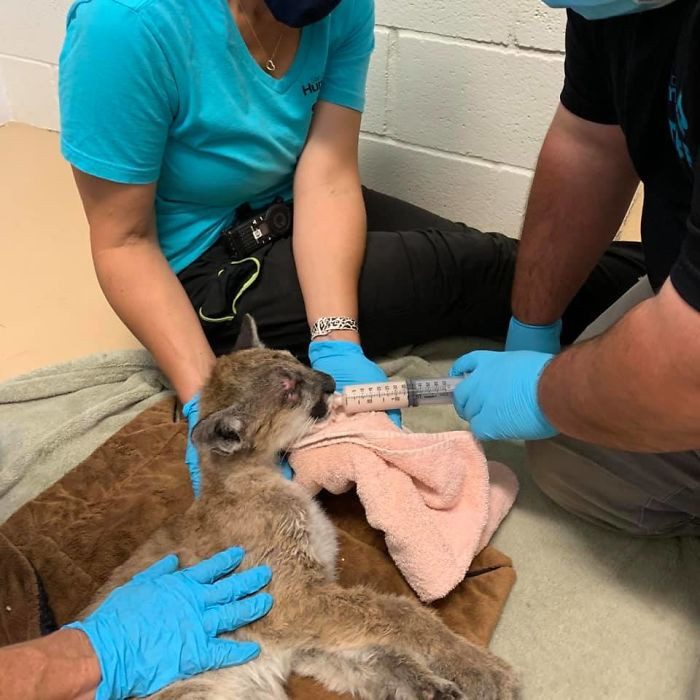 “The cub’s health has significantly improved after five weeks of Project Wildlife’s specialized treatment, and she is now 22 pounds!” She’ll soon be sent to a qualified wildlife institution,” according to the San Diego Humane Society.

“The cub’s health has dramatically improved after five weeks of Project Wildlife’s expert treatment, and she is now 22 pounds!” According to the shelter, 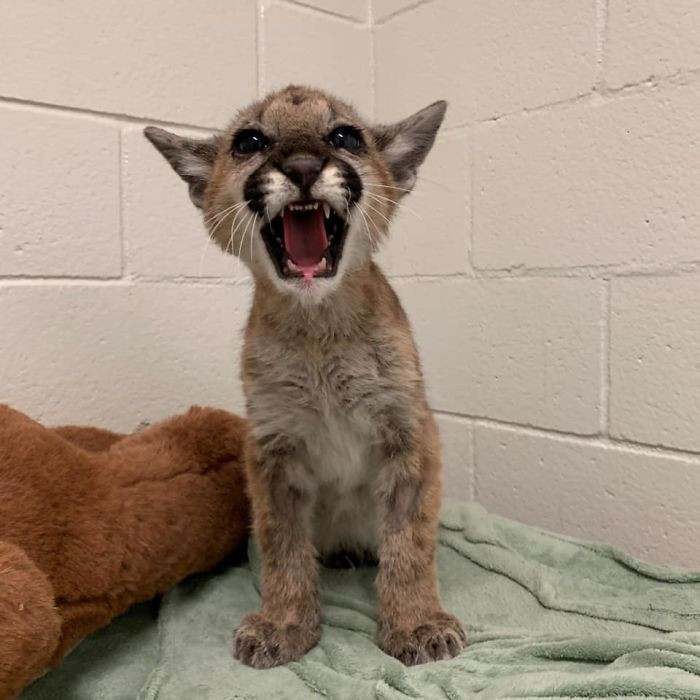