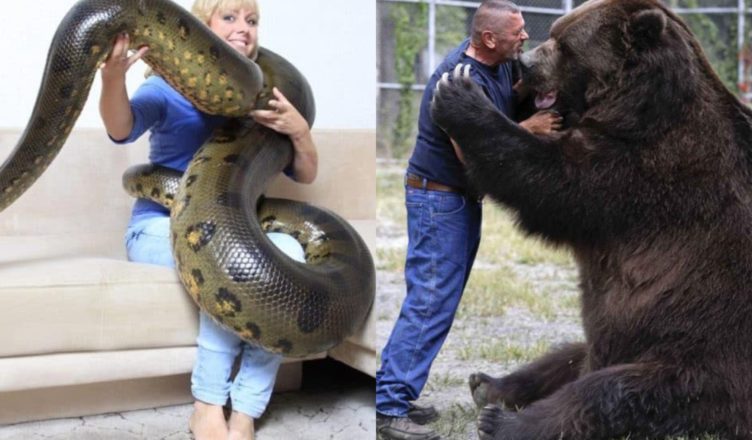 Our world is amazing. We have fascinating nature and wildlife. Everyday we meet a lot of animals and are being
admired by their beauty. But there are animals which are considered to be dangerous so it is safe for people
to take some distance from them.

There are still people who have no fear. We have found most dangerous but at the same time fascinating pictures
of people with animals.

1. A 20-foot-long great white shark was spotted swimming through a school of mackerel off the coast of Mexico’s Guadalupe Island, dwarfing a team of caged biologists. John Maher, a water safety expert, took the shot of a shark identification study. 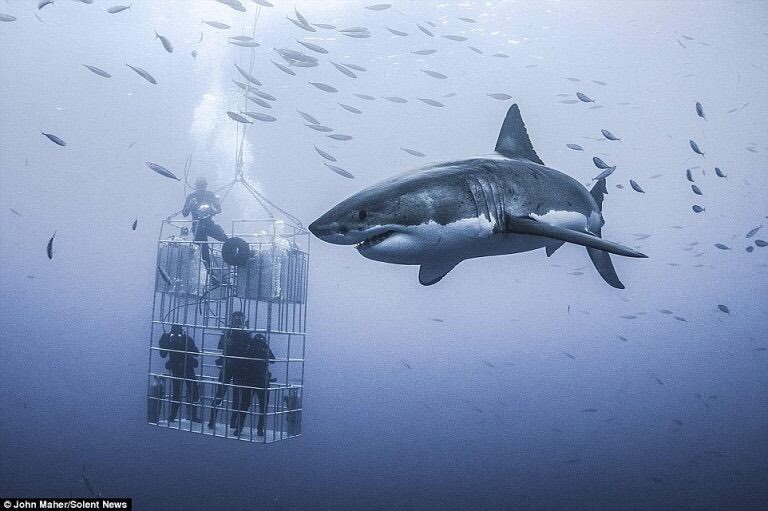 2. The moment deep-sea divers met face-to-face with a huge sunfish resting in balmy seas off the coast of Portugal, incredible footage was caught. The sunfish – a species known for its enormous size and unusual look – is seen traveling across the ocean while a party of divers swims beside it in the footage. The footage, shot by photographer Miguel Pereira, was posted on the internet and shared on YouTube. 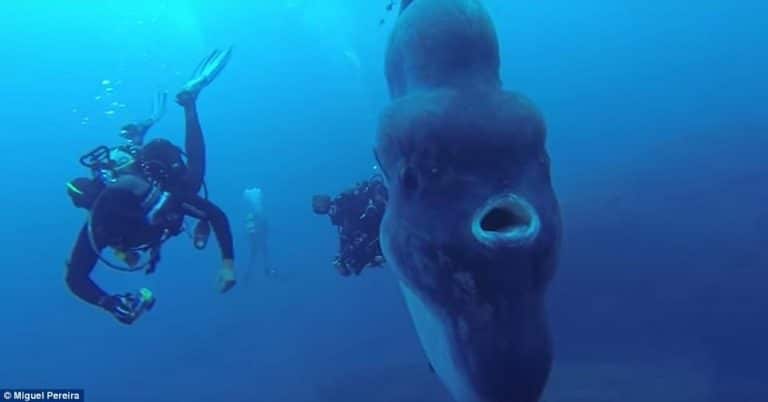 3. In the deep blue, a scuba diver approaches two humpback whales. The adults are 39 to 52 feet long and weigh around 79,366 pounds. With lengthy pectoral fins and a knobbly skull, the humpback has a characteristic body form. 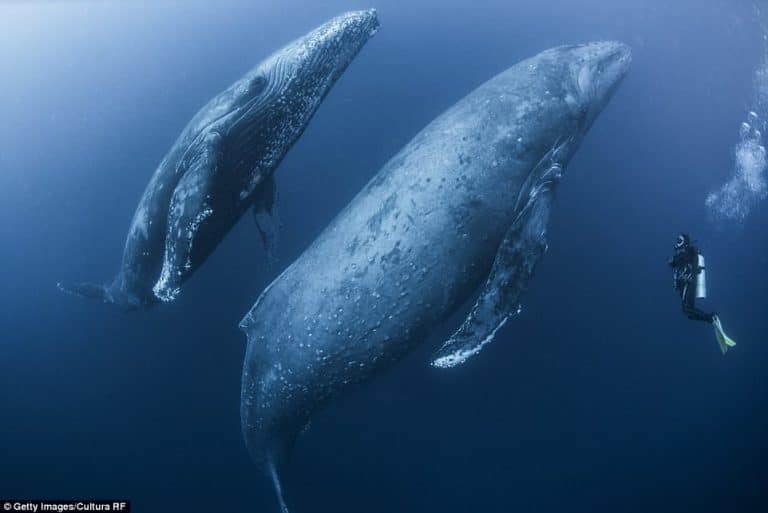 4. Duke has become accustomed to looking down on his horse sanctuary friends from his tall position in the pasture. In reality, the Shire horse is regarded to be Britain’s largest horse, at 19 hands and three inches (6ft 7in) tall. Sara Ross, who owns The Horse Refuge in Finchingfield near Braintree in Essex, is 5ft 5in tall, and he towers over her. 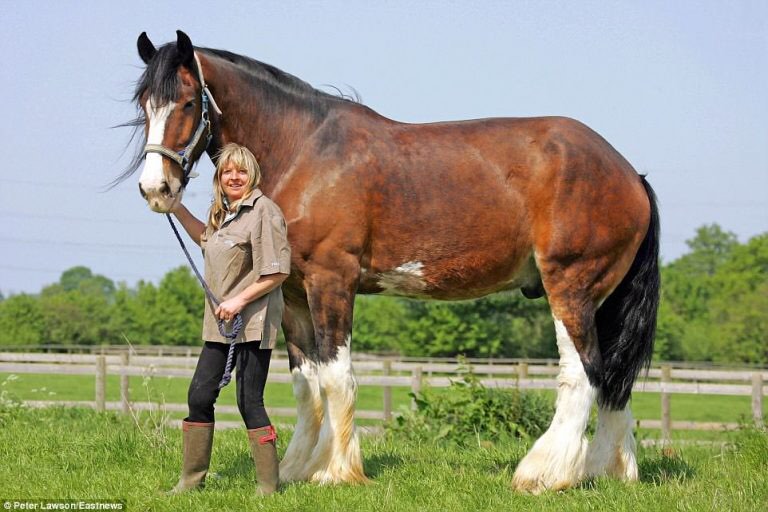 5. Cassius Clay is the world’s largest captive crocodile, measuring 18 feet long and weighing 2,200 pounds. The saltwater croc is said to be at least 100 years old and has spent more than two decades in Marineland Melanesia on Green Island, Australia. The courageous owner of the croc, George Craig, stands guard over his pool while it is emptied for a measurement session in the photo above. 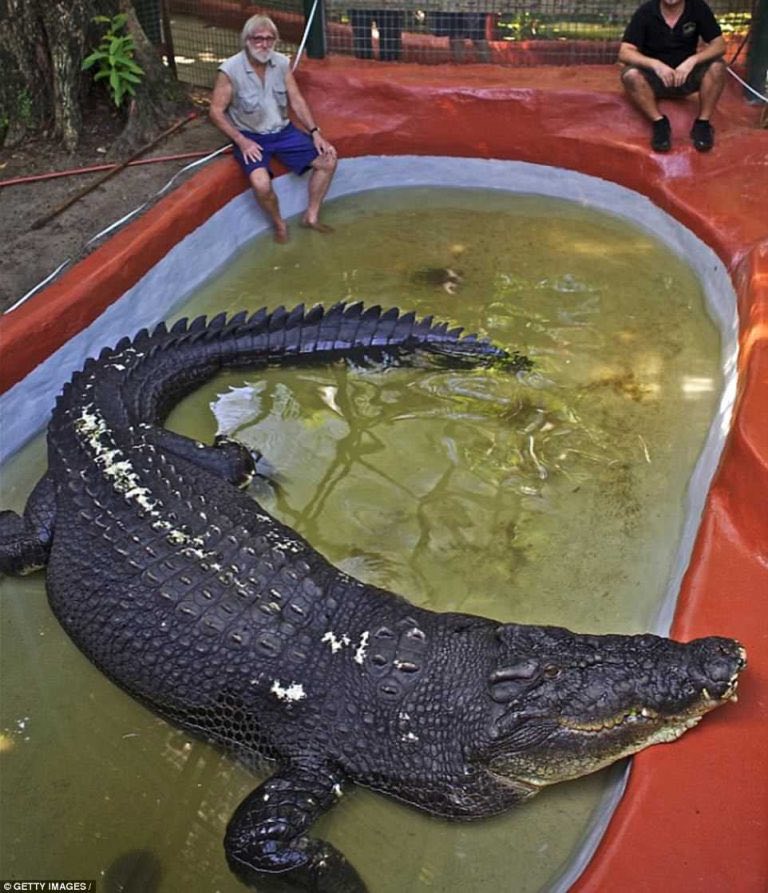 6. The Andean condor is a South American bird that may be found in the Andes ranges and along western South America’s Pacific coastlines. It is the world’s biggest flying bird in terms of combined weight and wingspan. It has a maximum wingspan of ten feet and ten inches. Veedor, the condor pictured, was born in the Columbus Zoo. 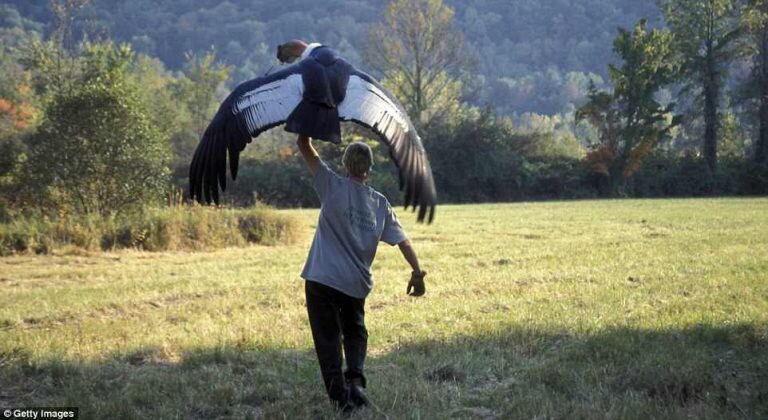 7. For a stock photography image, a woman poses with a massive anaconda. The snake may grow up to 17.1 feet long and weigh 215 pounds, according to research.

8. This bear is 9 feet tall, weighs over 1,400 pounds, and has the ability to tear a man apart in minutes. Jim Kowalczik  is fearless as he romps with his’son,’ a Kodiak bear. Jimbo has been cared after by the former jail officer and his wife, Susan, for more than 20 years, since he first arrived at the couple’s upstate New York sanctuary for injured or stray animals as a bottle-feeding cub. 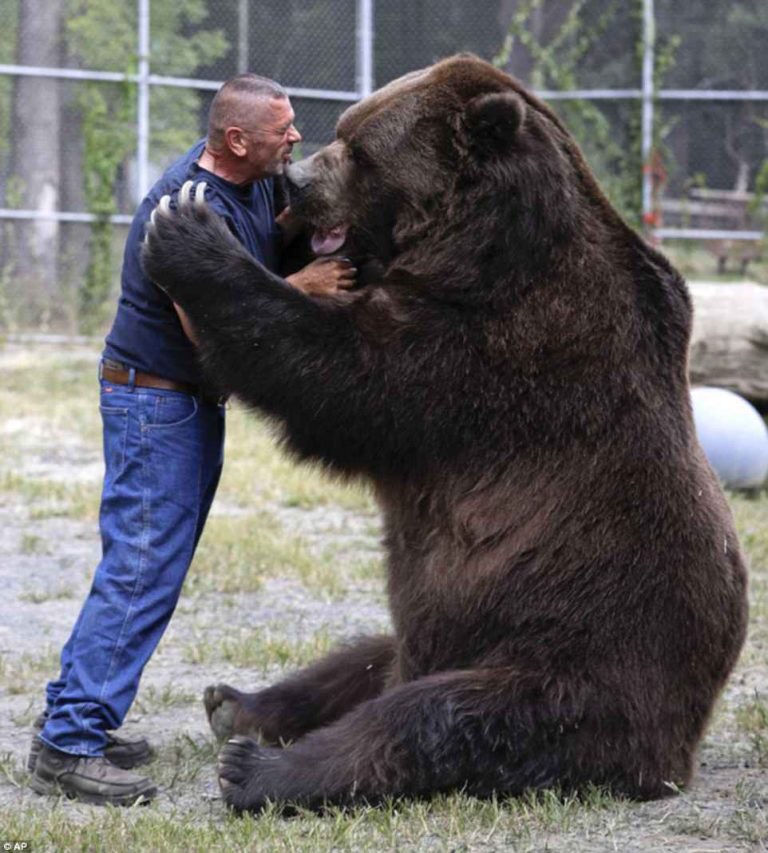 9. As it floats just below the surface in crystal blue seas, the massive whale shark — the world’s biggest species of fish – dwarfs a diver. They usually grow to be larger than a double-decker bus, measuring between 20 and 52 feet long and weighing more than 20 tons. Despite its intimidating look, the whale shark has only a few little, nearly useless teeth and is sometimes so calm that entire boats of people may swim alongside the mysterious, speckled beast. 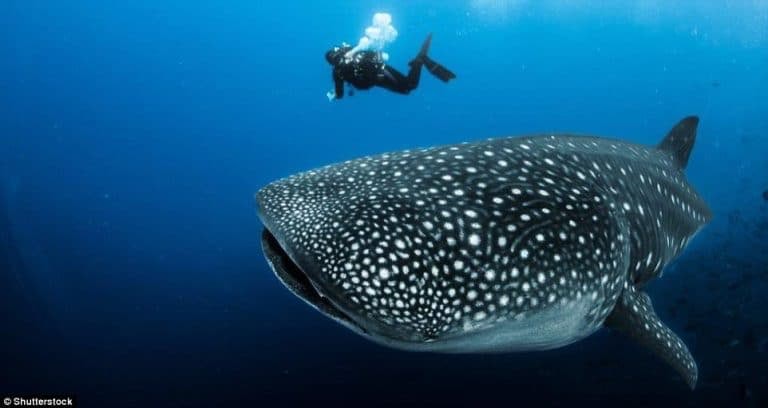