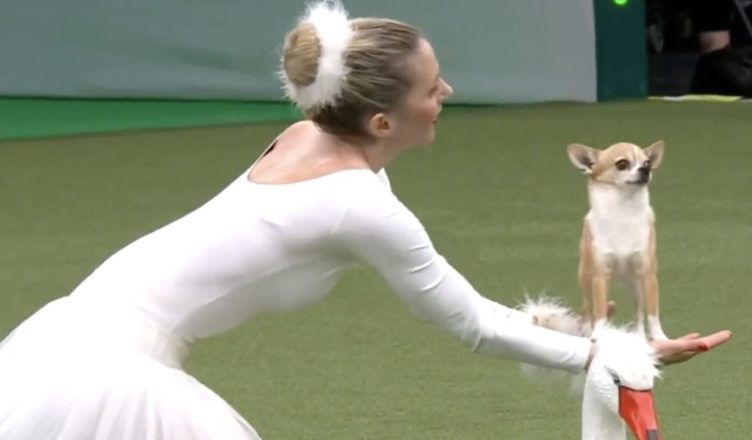 The annual Crufts Dog Show, hosted by The Kennel Club UK, attracts thousands of dogs and their owners to compete in a variety of events. The dogs compete in agility courses, perform choreographed dances, show off their obedience abilities, and more.

People are raving about a Chihuahua from Switzerland who danced the most graceful duet with his handler set to Tchaikovsky’s “Swan Lake” in the Heelwork to Music category at the 2022 event. 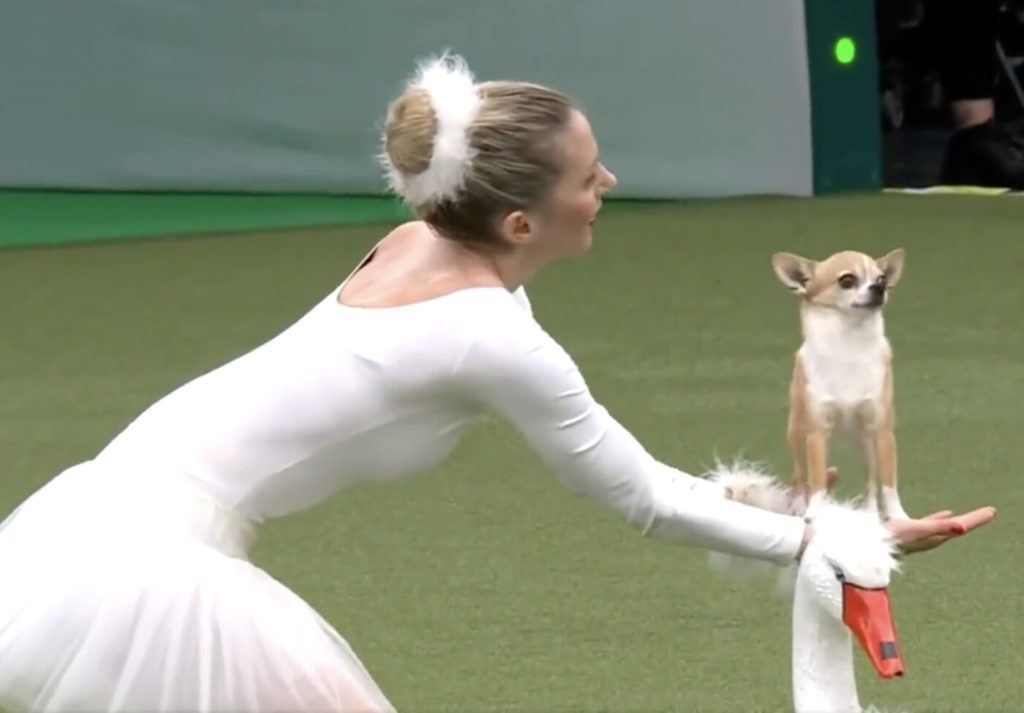 Participants in the Heelwork to Music (HTM) competition create dancing routines for their dogs. The program can last up to four minutes and must contain the eight “approved heelwork postures.”

Karin Baumann wore a white tutu with a tight ballerina bun for their “Swan Lake” performance, while Joya the Chihuahua wore his natural brown and white fur color. The duet strutted and pranced across the arena, perfectly in time, between white and black swan props (the original ballet is about a princess cursed into a swan by an evil sorcerer). 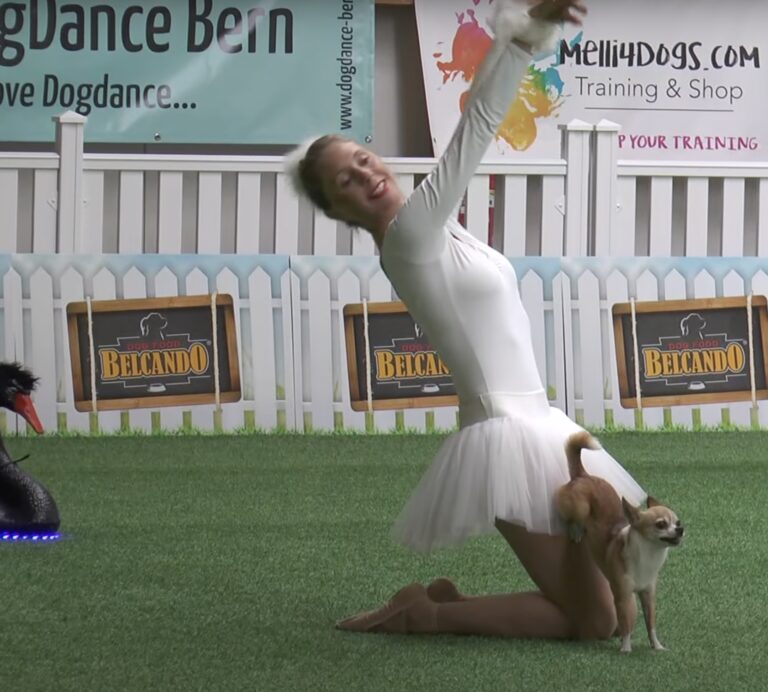 Joya danced with a wagging tail and climbed on his handler to pose with the passion and intensity that Tchaikovsky’s music requires. The dog trotted at Baumann’s heels “for at least two-thirds” of the performance, then freestyled for the final third, according to HTM guidelines. There was clearly a lot of effort put into this.

Their incredible choreography rivals any “Swan Lake” performance by a ballet company. Joya is, at the very least, the prettiest young dancer to do the routine. 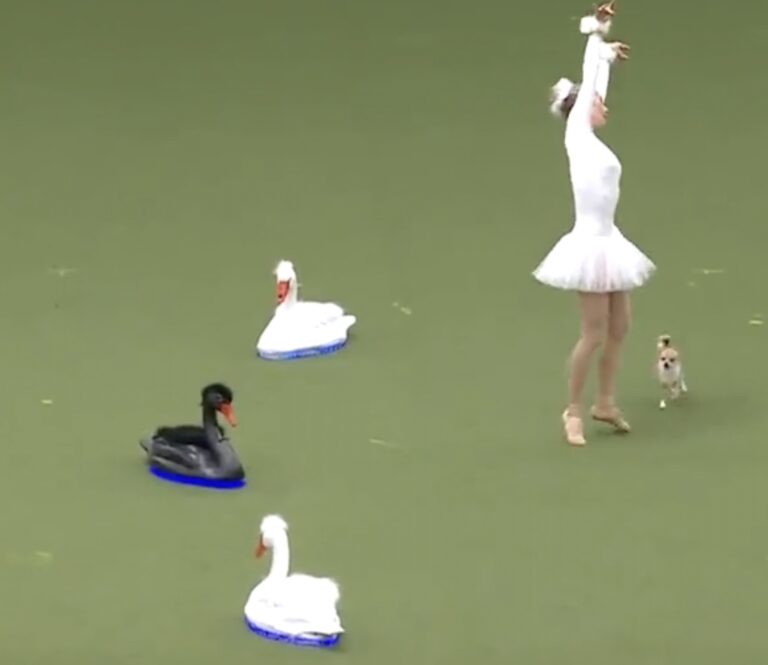 Sadly, despite their crowd-pleasing “Swan Lake” performance, the two did not get a medal. Joya and Baumann’s routine, on the other hand, has been making the rounds on the internet as a good consolation.

After user @Ariadne Reviews shared a brief video of the dance, it went viral. That tweet received more than 87,000 likes and 15,600 retweets. It’s one of those heartwarming viral videos that you didn’t realize you needed until you saw it.

Below is a video of Baumann and Joya doing a beautiful and emotive dance number.