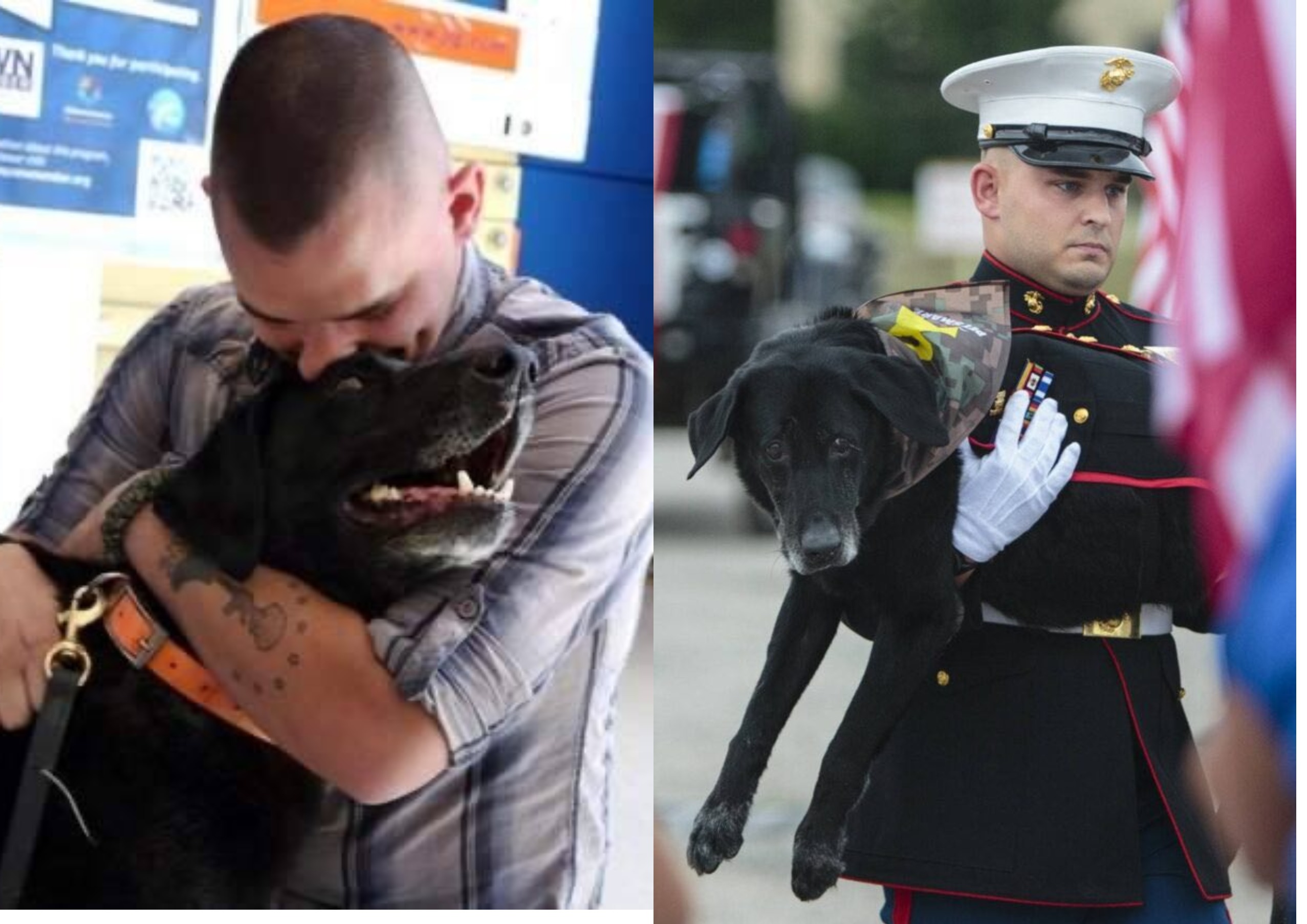 Corporal Jeff DeYoung, a Marine Corps veteran, and his beloved service dog and war companion, K9 Cena, were featured earlier this week in a remarkable and sad story. After Cena was diagnosed with bone cancer earlier this month, the former combat engineer swore to give him a hero’s send-off. Hundreds of mourners gathered on Wednesday to honor the bomb-sniffing canine at a museum ship in Muskegon, Michigan, as DeYoung kept his promise.

In Afghanistan in 2009, DeYoung and Cena worked together to protect their fellow Marines from IEDs. Cena went on to serve two more missions in the military until being adopted by DeYoung in 2014. 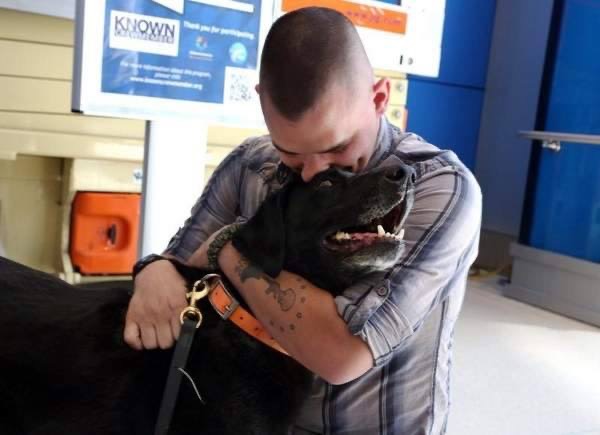 DeYoung, like so many of our courageous soldiers, suffers from post-traumatic stress disorder (PTSD). For the next three years, Cena was his service dog and constant companion.
Cena’s typically stoic Marine shared this heartbreaking statement to Facebook on the eve of his final day:

“It was my final night with Cena. Words fall short of expressing how I’m feeling and thinking. I want to hide and avoid doing what I have to do. He does, however, rely on me to be strong and set him free. He has filled me with love and devotion. I was able to start a family because of him. I was able to live because of him. May God forgive me if I do anything foolish tomorrow. And may the Lord welcome you with open arms and a gentle scratch behind the ear.

“Goodnight, my friend, and farewell, my brother,” he said. May you sleep soundly tonight, knowing how much you are loved and how much you will be missed.” 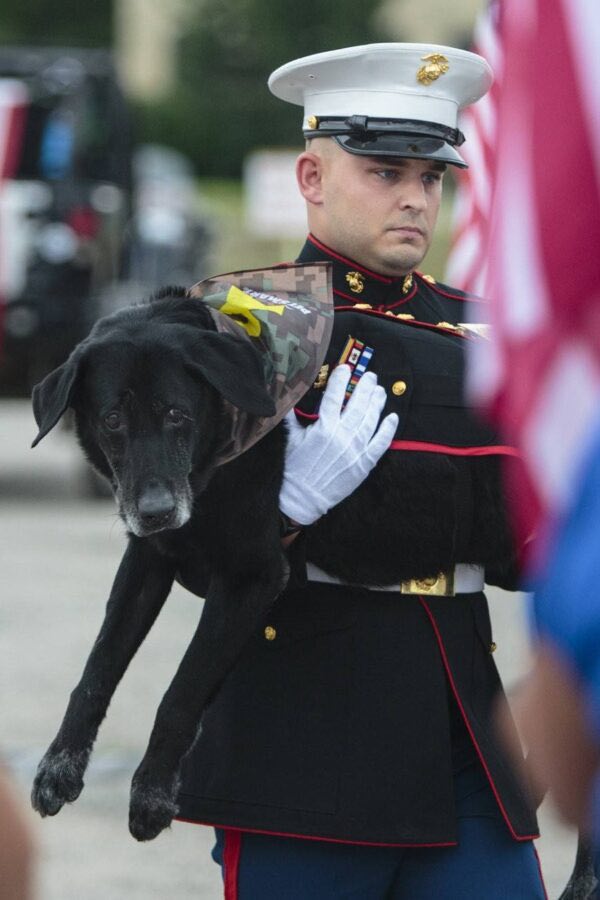 Cena was given a military hand salute before being put to rest by his veterinarian in a humane manner. He was put to rest in a flag-draped casket, exactly like the other military heroes with whom he had served.