In a recent episode of Entertainment Weekly’s “Around the Table,” actor Leonardo DiCaprio demonstrated that he is a hero in real life as well as in movies. DiCaprio brought two of his dogs on site for the day while filming Don’t Look Up in and around Boston. The two rescue Huskies are always full of activity, so it didn’t take long for them to get into mischief.

The Huskies reportedly went into frigid water and nearly drowned, according to DiCaprio and co-star Jennifer Lawrence. But DiCaprio was not about to let his pets suffer. He braved the freezing cold without hesitation to save their lives. 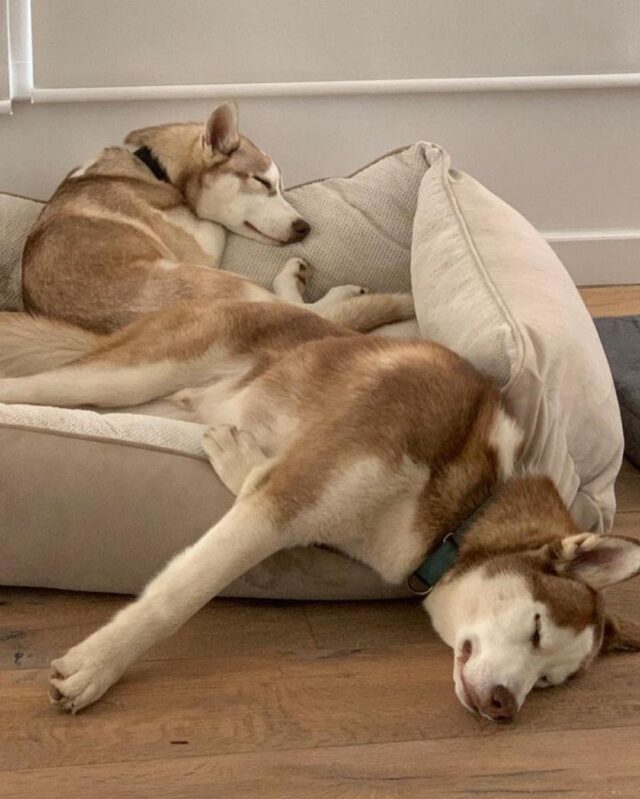 Camila Morrone, DiCaprio’s girlfriend, has three Huskies. Jack and Jill, who the couple adopted in 2020 after fostering them, are the two he brought on set. The puppies have never seen a frozen lake before because they were used to living in Southern California. They became overly curious and fell in.

According to Lawrence, one dog was the first to leap in, and DiCaprio was eager to follow. When DiCaprio moved one dog out of the freezing water, the other leapt in. The puppies did not appear to learn from their errors. “Well, the other one started licking the drowning one, and suddenly we were all on the ice lake together,” DiCaprio explained.

To the Rescue, Dog Dad
DiCaprio managed to get both of his dogs to safety after a lot of struggle and determination. They didn’t get sick as a result of the incident, albeit they were probably a little chilled like their father. Nonetheless, the intense heat was worth it in order to save his animal pals’ lives. Despite the gravity of the situation, DiCaprio and Lawrence tried to keep the interview amusing. Lawrence joked, “I’m sure you guys are all curious, I was too, he immediately got naked in the car.”

DiCaprio has previously played the role of a hero in real life. In 2019, he rescued a man who had fallen off a yacht and was on the verge of drowning. Perhaps his water-rescuing abilities sprang from his role in Titanic. While it’s incredible that DiCaprio was able to save his pets, officials advise people to phone for aid rather than rushing into the freezing water. In a matter of seconds, freezing water may have a detrimental influence on your physical and mental skills, thus DiCaprio and his dogs are lucky to be alive. When his pups were in danger, DiCaprio, like any good dog parent, didn’t have time to think. He only knew he wished for them to be fine.