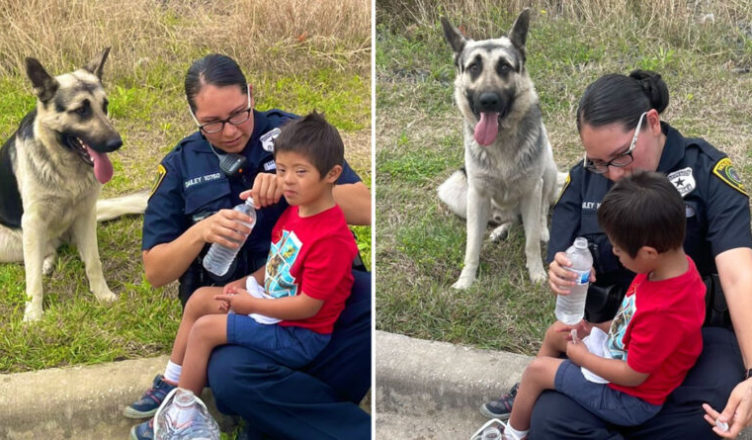 Dogs are very devoted and protective pets, particularly when it comes to small children. Many examples have been reported of children going missing from home, only to be discovered by their devoted dog by their side, keeping them safe. That was the case recently, when a 5-year-old kid went missing and was discovered safe and sound thanks to his protecting German shepherd.

The Houston Police Department received to a call on April 2 regarding a little child strolling near railway lines with just his dog at his side.

The department’s Sgt. Ricardo Salas says he learned the 5-year-old had Down syndrome after he was approximately a half-mile from his house. He also noticed that Alejandro, a German shepherd, had been following him as his defender. 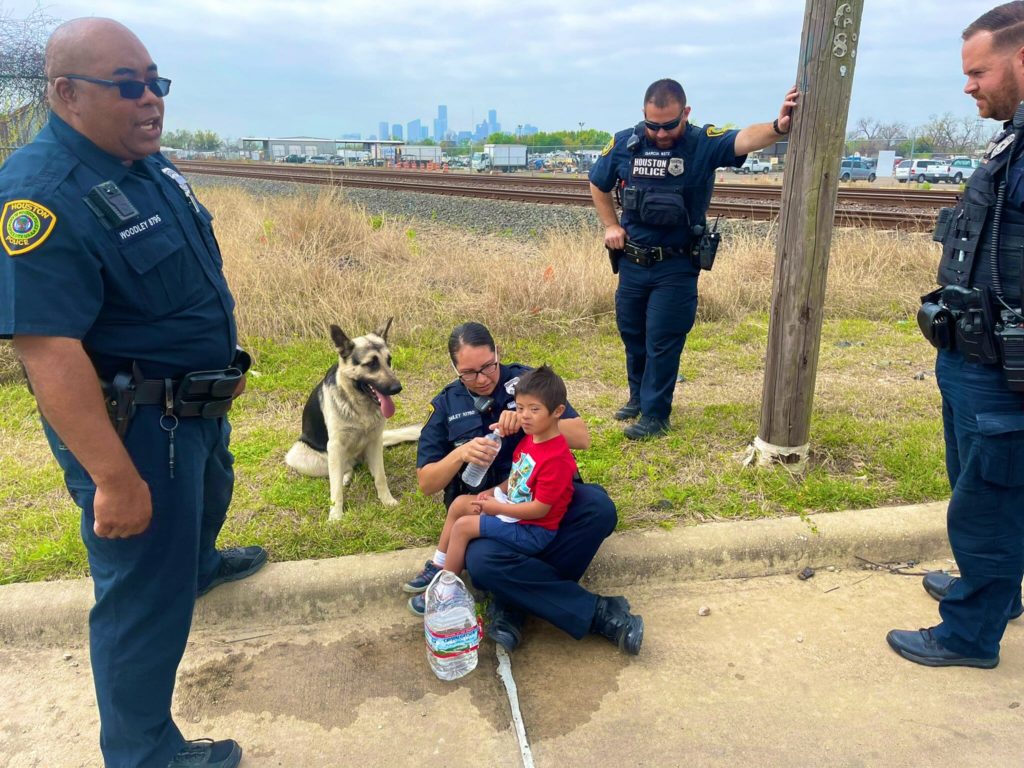 “Witnesses informed me that when they discovered the small kid, the dog was with him.” Sgt. Salas posted on Twitter, “As I went away with the child, the dog followed.” “This dog was his guardian and angel.”

He told the Houston Chronicle, “It appears like the dog sensed something was wrong, he knew the boy wasn’t supposed to be roaming around and he ended up following him.” “He was very protective of the kid and would not take his gaze away from him.”

Despite the officers’ presence, Alejandro remained attentive, never allowing his human to escape his sight.

“It seemed like the dog was following me around wherever I went.” Salas went on to explain that when he placed the boy in the car, the dog “jumped into the driver’s seat with him,” adding that the dog “wasn’t barking, it wasn’t afraid.” 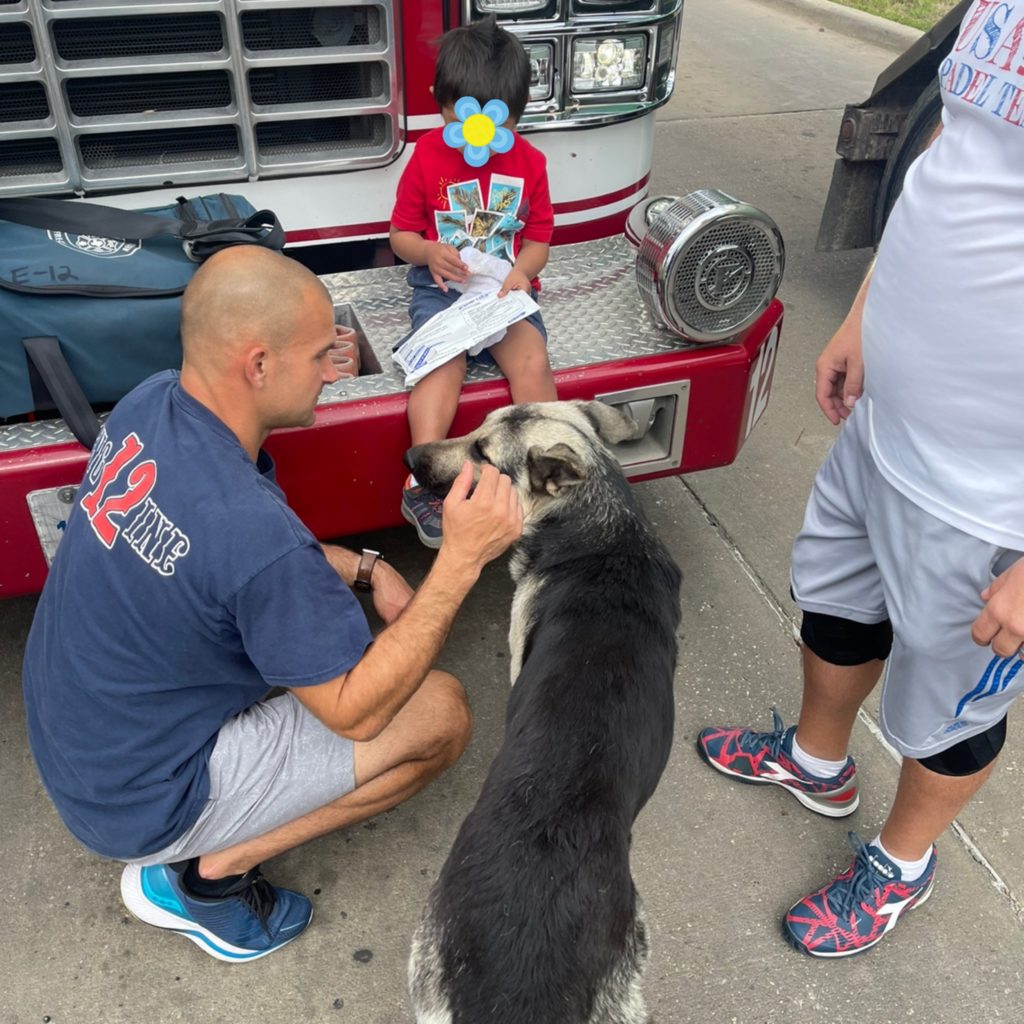 Immediately after, the officers got another call and learned that the child was Jose, a missing child. Jasmine Martinez, the boy’s mother, said Click 2 Houston that she and her 5-year-old son had fallen asleep, and when she awoke, she discovered Jose had gone out.

Thankfully, everything turned up fine: the boy suffered just minor scratches and bruises. Jose’s family is thankful, but not surprised, that their faithful dog protected him while he was in danger. 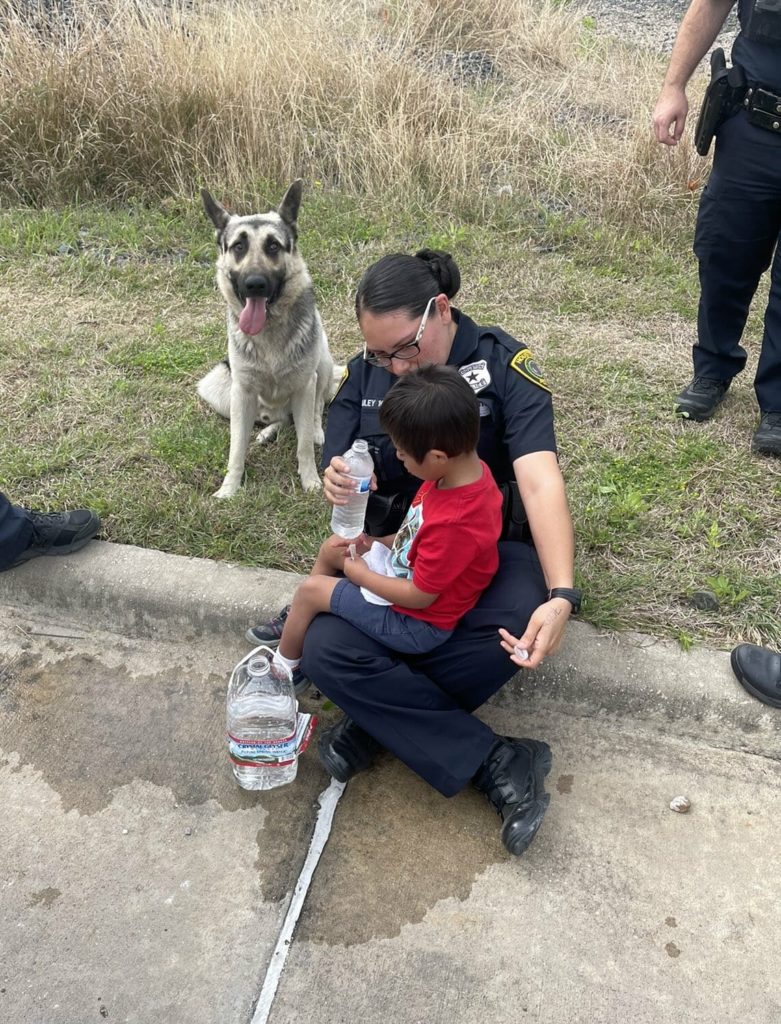 “We adopted Alejandro when he was a baby, and he’s always been a really overprotective dog.” Jose’s sister, Samantha Muoz, told Click 2 Houston, “I was not shocked when they stated he was walking with him the whole time.”

The family will not face prosecution, according to police, and the mother is already installing child safety locks to avoid this from occurring again.