Boaters observed a little bear swimming with a giant plastic jar stuck on his head and decided to help him.

Tricia Hurt and her family were out fishing on Marsh-Miller Lake in Wisconsin when they came upon the bear with the bin atop his head. Locals had seen the bear on land for many days in a run, but now it was swimming in the center of the lake, battling for survival.

The bear was not only in risk of drowning as the container progressively filled with water, but it was also having difficulty breathing. 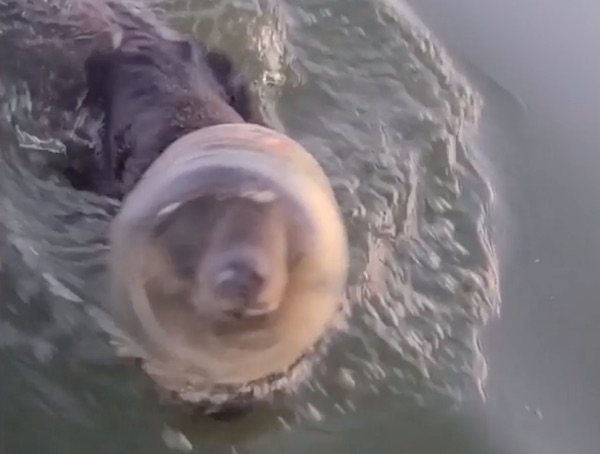 Tricia told her son Brady to keep the boat as near to the bear as possible as her husband Brian tried to lift the bin off the bear’s head.

Brian informed KARE that the bear was battling to breathe. Because the plastic was so slick, he couldn’t get the jar off the first time.

As the weary and terrified bear swam away from their boat, they tried again. Tricia told Brady to go in front of the bear, but she made it clear that she didn’t want the bear to end up in the boat!

Below is a video taken by the family of their rescue:

Brian finally succeeds in removing the plastic bottle from the bear’s head, much to everyone’s relief. “Swim happy,” Tricia says cheerfully to the bear.

In the news video below, the family afterwards laughed about their journey.

When the container was removed, Brian reported the bear was able to breathe more comfortably right away. “Never dreamed we would ever accomplish this in our life time,” Tricia said on Facebook, adding, “He got it to shore after all that.” 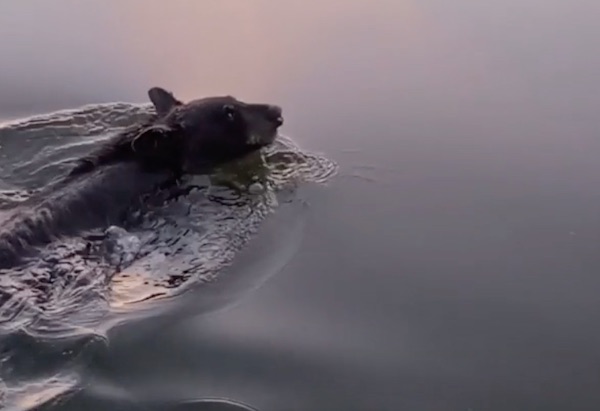 The container caught on the bear’s head was a giant bulk Cheesies container, demonstrating the dangers of plastic rubbish to wild creatures. Please be sure to properly dispose of your rubbish for the sake of all animals.