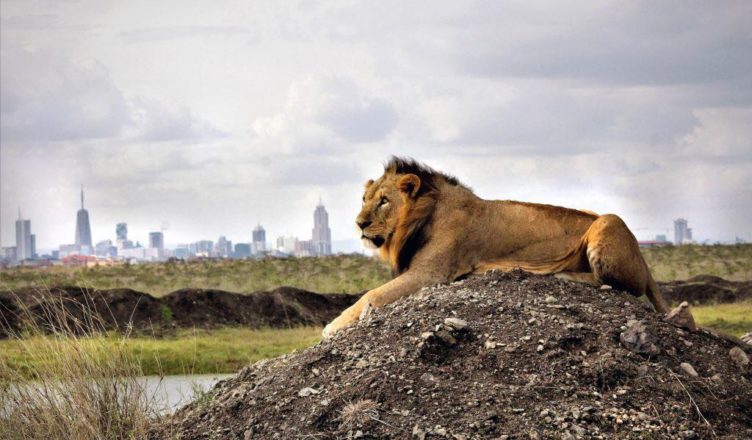 From the security of his forest palace, a lion has been photographed staring at a skyline metropolis.

The photos were taken by Suhail Manji, a 32-year-old photographer from Nairobi, Kenya, on a visit to the Nairobi National Park. 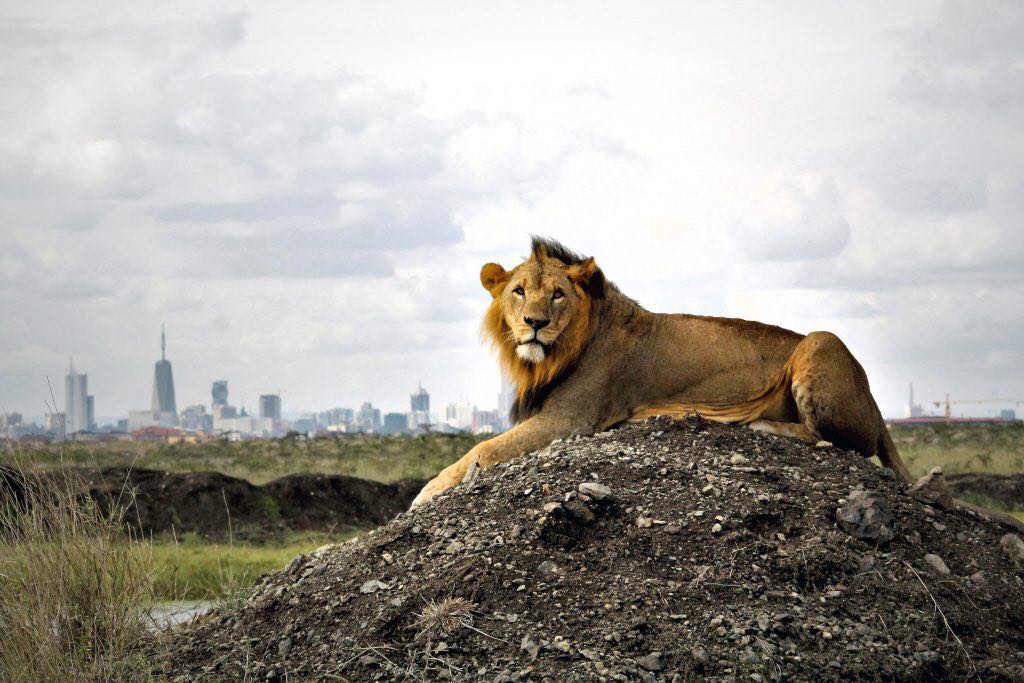 Suhail has been taking photos of wildlife for 4 years, specializing on large cats like  leopards, cheetahs, lions.

“After a brief struggle with his sibling Segel, you can see a lion named Sirikoi surveying his domain in the photographs,” he claimed.

“I enjoy the Nairobi National Park since it has the typical Nairobi cityscape as a background.” 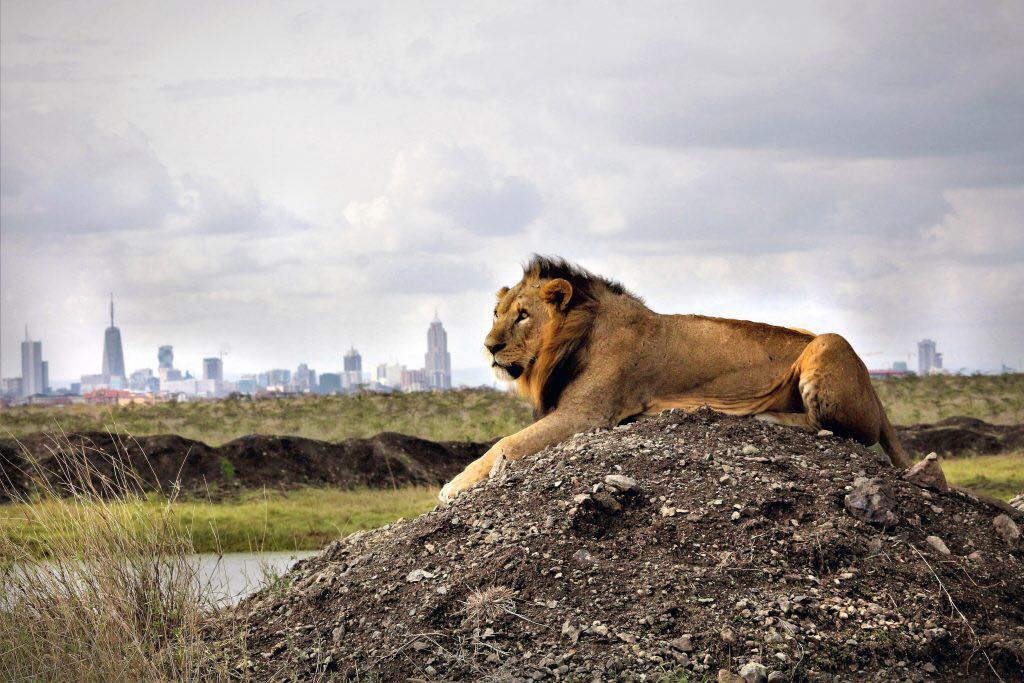 “Because the park isn’t completely walled, the wild cats occasionally leave in search of prey.”

“At times, this results in assaults on livestock belonging to community members who reside near the fence’s boundary.

“However, in the vast majority of situations, humans and wildlife coexist together.”