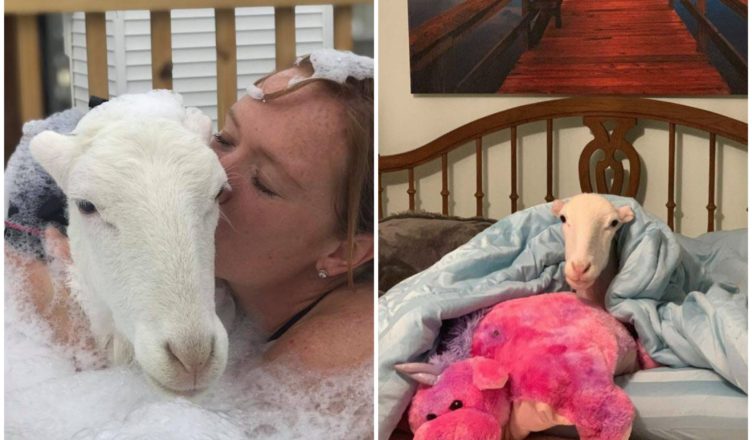 After spending almost £30,000 on a disabled sheep, a couple has decided to delay their wedding — and they even let him sleep in their bed.

Kristin Harkness and Jay Yonz got a sheep, Moko, last year after returning home from a trip across the United States. 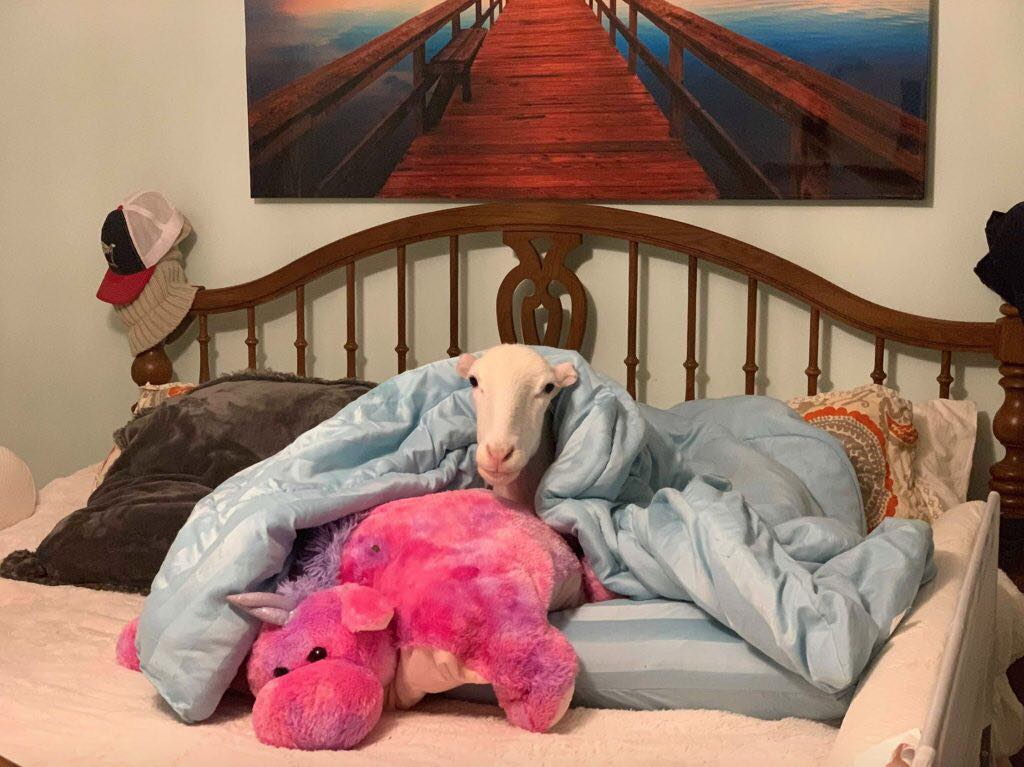 After he was born, Moko was called a cripple because he couldn’t use his hooves and had to use four prosthetic arms to walk.

After seeing Moko at a local farm, the animal-obsessed couple understood that caring for him would be a continual and costly chore, but they were determined to preserve him from an almost certain de.a.t.h as livestock.

Moko’s vet costs and specially customized prosthesis have cost the pair $40,000, and they have no plans to stop anytime in the near future.

“Moko very much demands 24/7 care, and we’re often with him,” Kristin said. 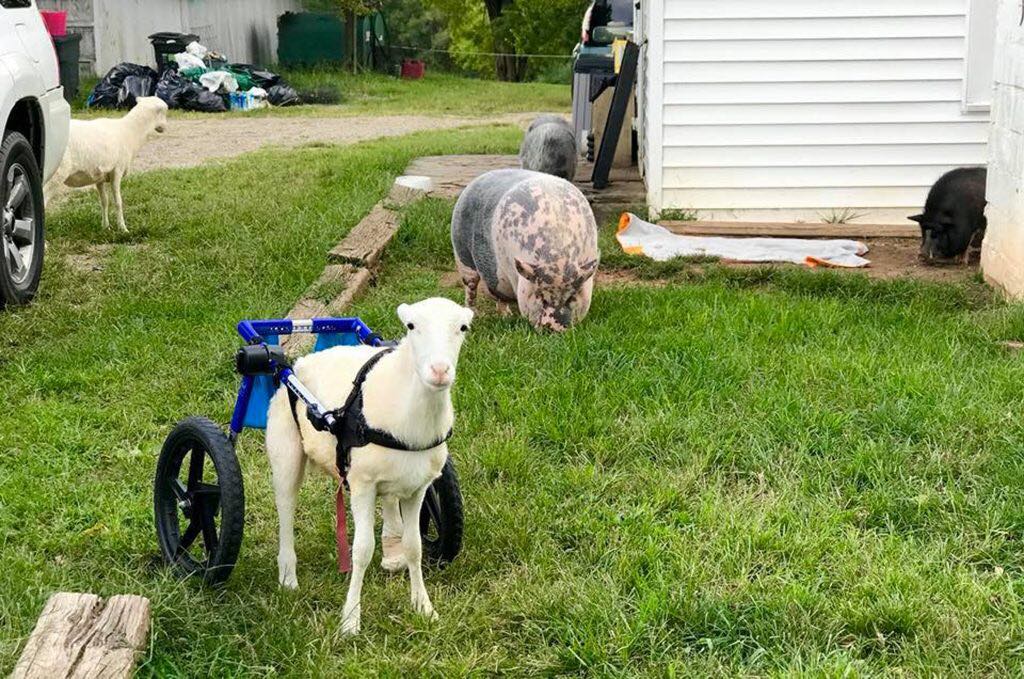 “His treatment has cost us so much money over the last year that we haven’t even begun to arrange our wedding.”
“We’ve given him showers and let him sleep in our bed—everything we could do to help him relax.”

“Moko has prostheses, but he still has trouble walking with them, so we have to accompany him around a lot.”

“We don’t mind waking up to his lovely face each day when he sleeps in our bed since he’s so wonderful and joyful to us.”

Instead of going on with their wedding, Kristin and Jay decided to spend £31k [$40,000] on Moko to improve his quality of life. 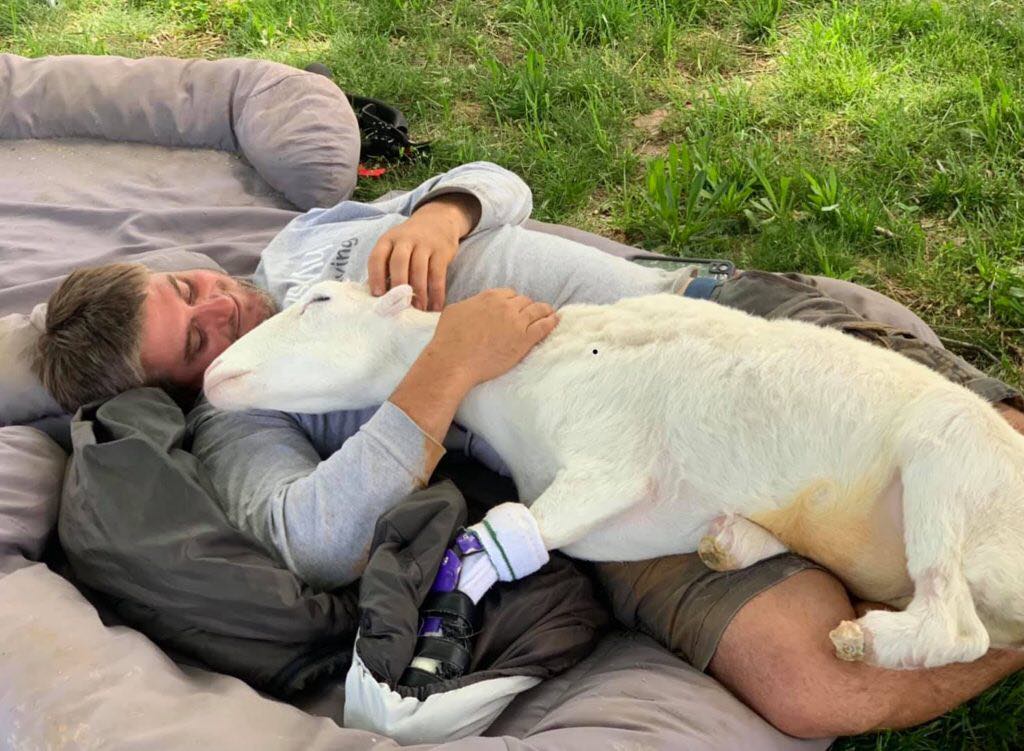 This covered his veterinary care as well as special prostheses to keep the sheep comfy.

The couple, who are also vegans, have expanded their care for Moko to include running an animal shelter with over 62 handicapped animals rescued from various slaughter farms around the United States.

“After spending so much on Moko, we’ve postponed our wedding,” Jay explained, “but I simply feel grateful that we have so many great creatures.”

Ziggy, the couple’s giant micro-pig, has made his mark on more of the United States than most people. He has driven across the country in his owner’s minivan and become an internet sensation with more than 9,000 followers on social media. 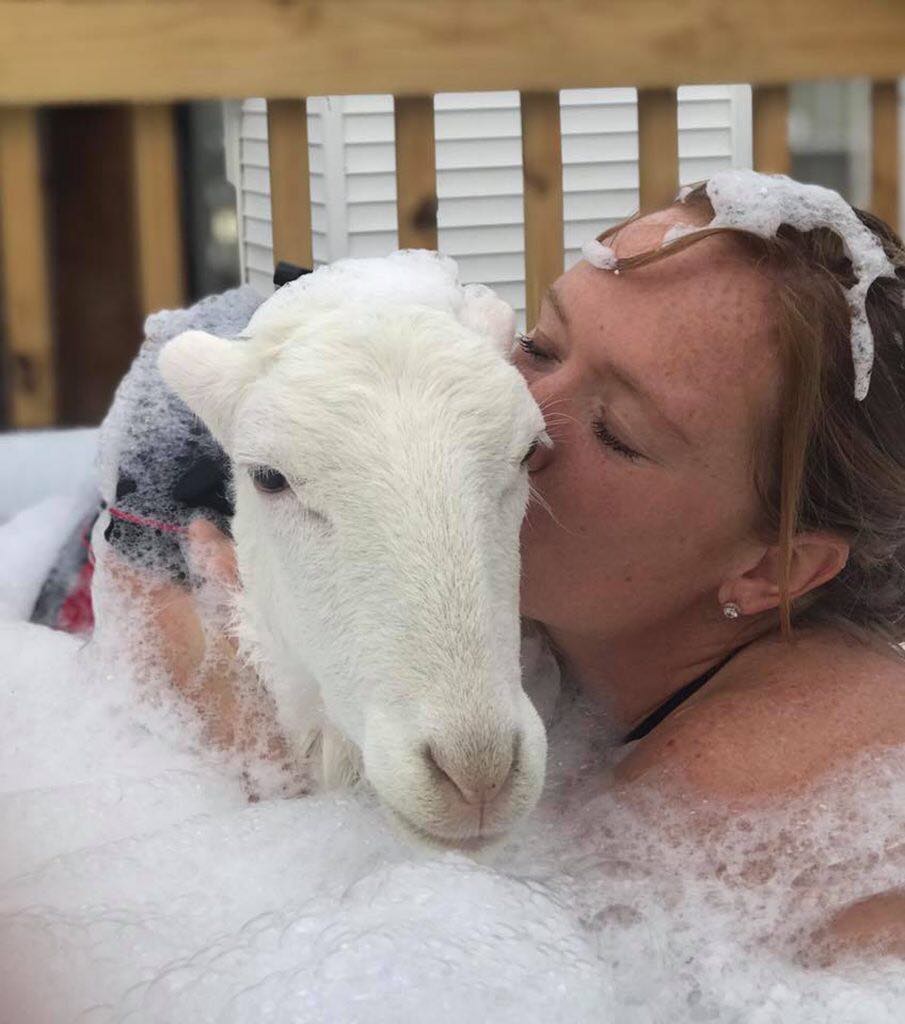 “We stopped traveling after we did all of the US – although it was evident Ziggy loved to travel and meet new friends,” Kristin, who now works full-time with fiancee Jay, said.

“We’ve ended up with 62 rescued animals, all of which are disabled farm animals, and we’re giving them forever homes and daily companionship.”

“I adore seeing Moko’s face every day and the busyness of our lives with the animals.”