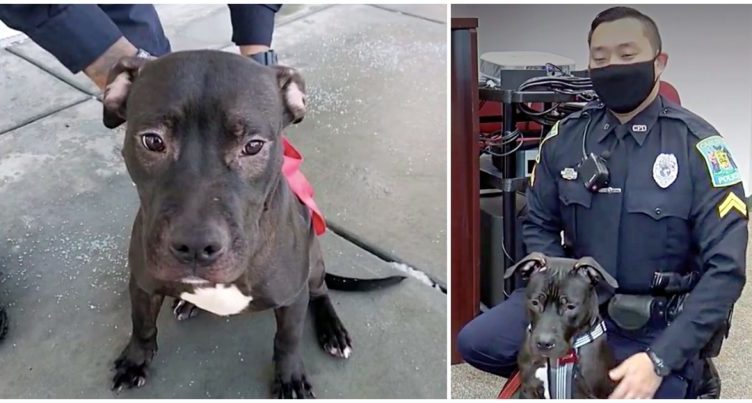 Carlisle police officers couldn’t believe their eyes when they came upon the scene of a call in Carlisle, Pennsylvania.

A starving dog was trembling from the cold inside an industrial grade trash can. He had bald spots on his head and was ill from eating garbage while stuck in the dumpster. 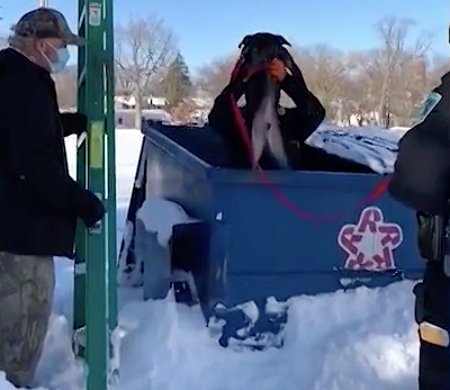 He couldn’t have gone into the trash on his own because it was a top-loading dumpster. The police knew someone had left him there, but they had no idea who.

Corporal Josh Mulhollan, the guy who rescued the puppy from the bin, made two phone calls.

The first was to the Humane Society, and the second was to his wife Kristen, asking her to take in this cute and friendly dog. 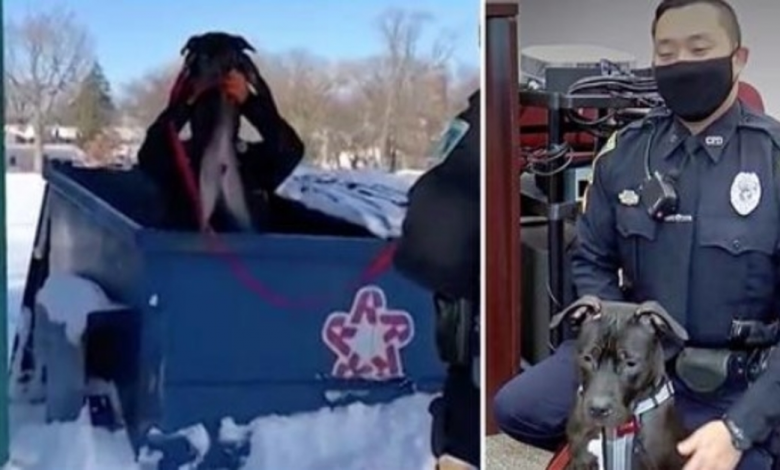 “He kept staring up at me with these eyes, and I couldn’t say no,” Cpl. Mulhollan explained to ABC 27. “He nabbed me.”

Kristen agreed to take in the 11-month-old dog, which they named Koda. It’s just been a week, but Koda is settling in nicely and has created a unique relationship with Cpl. Mulhollan.