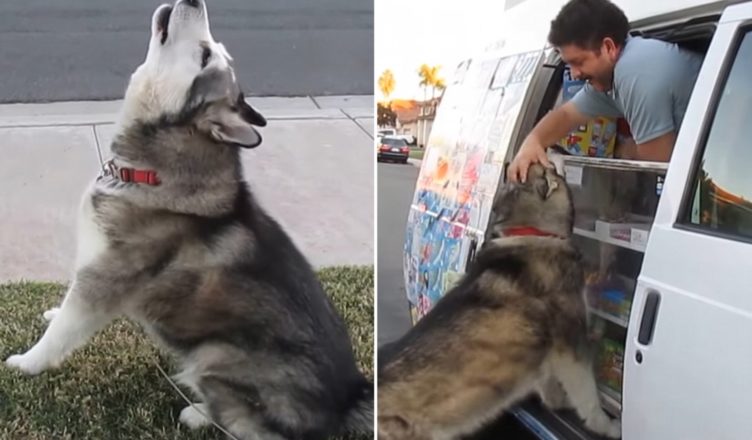 This is the adorable moment when a dog gets thrilled about his favorite ice cream truck.

In the video recorded in California, Kodi, an Alaskan Malamute, hears the familiar music coming from the ice cream truck.

And as it approaches, Kodi can’t stop himself from running for his favorite icy dessert. 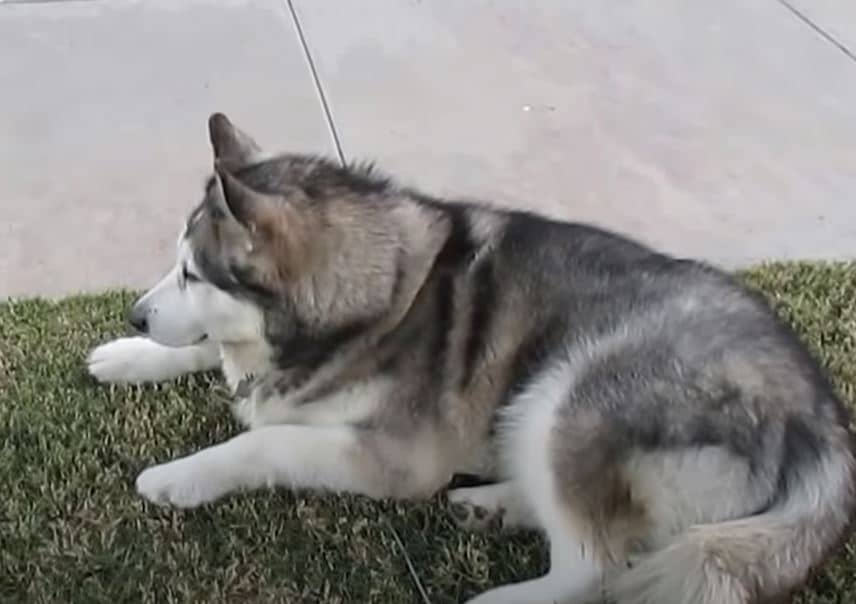 The Alaskan Malamute may be seen lying in the front yard, gaze fixed on what is approaching.

When Kodi sees the car coming up to his house, he gets up quickly and pays more attention.

Kodi begins to growl as soon as the familiar music of the ice cream truck begins to play.

As the ice cream guy, Sergio, drives slowly down the quiet neighborhood, the dog begins to leap and even mouths what appears to be the words “ice cream.” 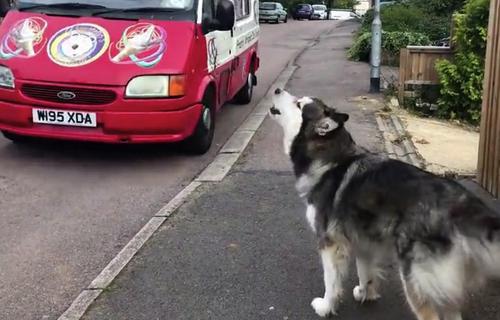 Kodi immediately dashes for the truck, where he is met by his pal, the ice cream guy.

Sergio’s owner asks what the couple should get after some quick tail wagging and head stroking.

The video ends before Kodi takes a sip of his frozen dish, but the ice cream fan is already on his way to collecting his delicious reward.