There are no more entertaining scenarios than when an adult effectively acts like a youngster. Especially if the adult is a large, mature dog.
Max, the cheerful-looking retriever, has discovered a new toy that, according from his adoring face, appears to suit perfectly.

The pacifier moves right to the zero point in its mouth, with no need for “how” full instructions.

And if he has something to say about it, he will remain. The mom of the dog and the binkies is a nice mother, and she is obviously worried about safety, so she attempts to push him to give up the pacifier.

He asks sweetly, reaching for the pacifier softly. But the pacifier’s new owner is firmly twisting his head.

He attempts once more, the persistent dog gently pushing his palm with a large, hairy paw while trying not to chuckle.

To avoid becoming afraid, the dog owner tries again and again to pick up his treasure, shaking his hand with his paw as if to declare, “I found it, it’s mine.” “Obtain your own.” 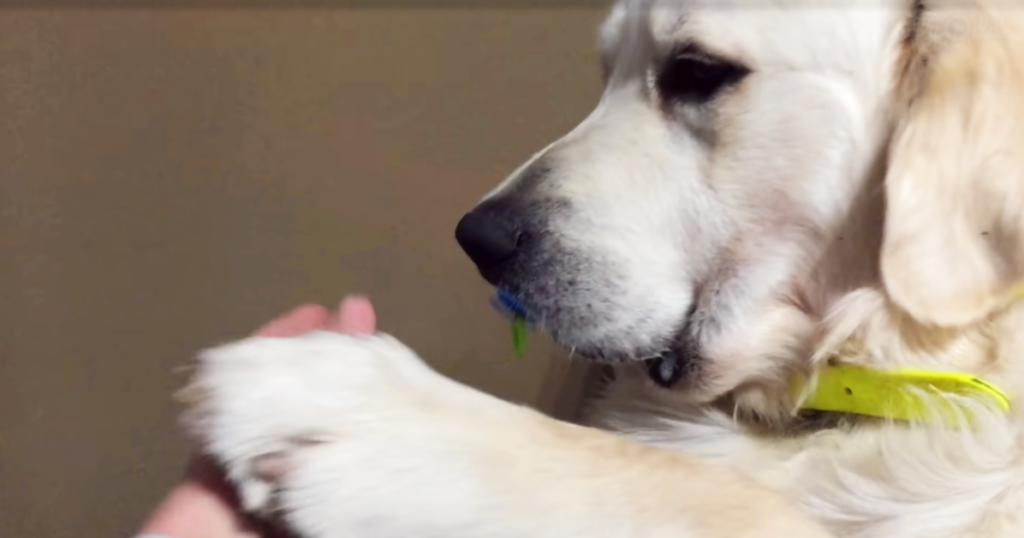 Hopefully, he’ll be able to replace it with a more proper dog toy that will also entertain the fluffy, large fuzzy baby.