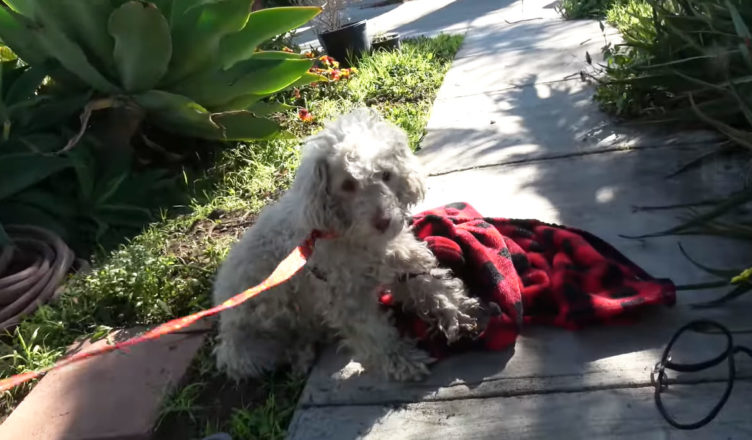 Homeless, alone, terrified, and perhaps blind. What kind of existence would that be? Nothing could possibly be more frightening than that. And the tiny dog in this narrative had a sad existence until someone came along and took him out of the void.

Hope For Paws heard about a lost puppy who needed help right away, so they left right away to save him. 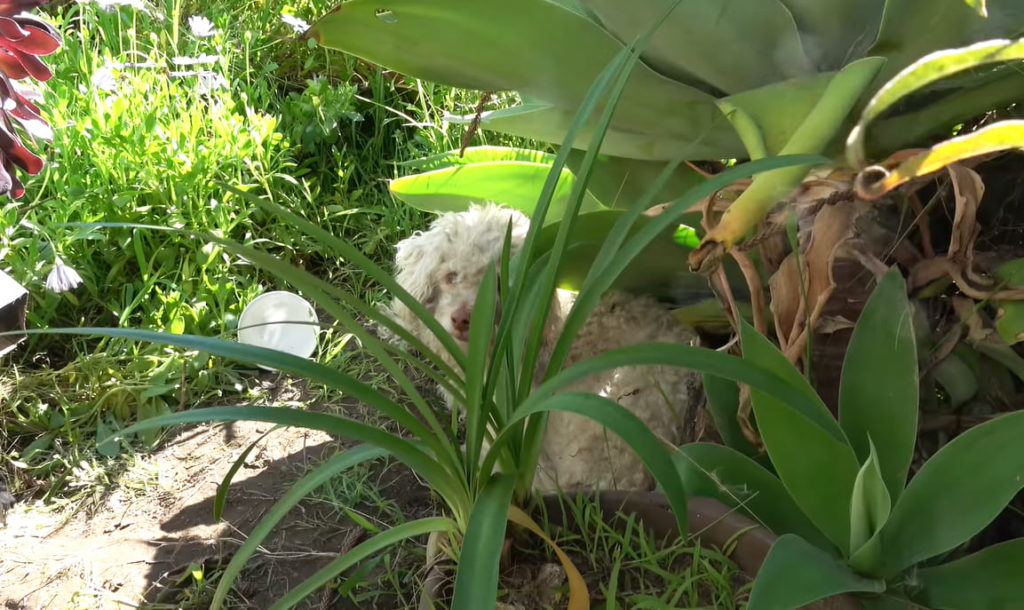 For a few days, the dog had been hiding in bushes outside the house. The dog was nowhere to be seen when Eldad arrived. Soon, rescuers saw him sitting beneath a tree, and because the sun was blinding Eldad at the time, he didn’t know there was something wrong with the dog.

When he approached the puppy, it became anxious, as if it didn’t want to be handled. The rescuer spent time gaining the dog’s trust before securing him with a soft trap. Eldad assumed the dog had been injured by a car, and his reaction was one of agony. He bared his teeth repeatedly, threatening to bite anyone who approached too closely. Eldad attempted gently to soothe him, but the puppy refused to submit. 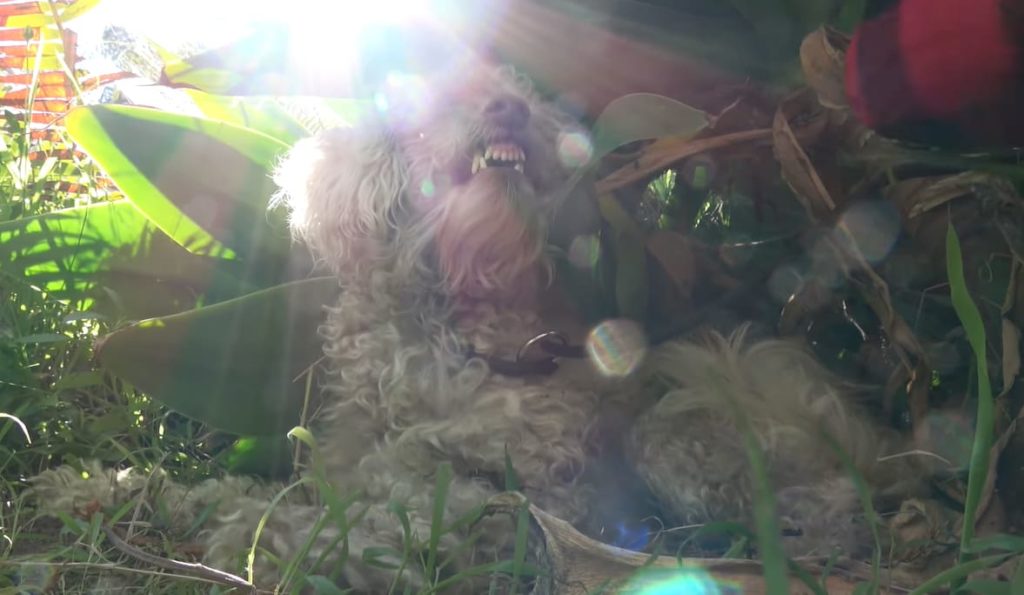 Eldad eventually got the dog out of the bushes and discovered him unharmed but hardly visible. Eldad named him Dolittle and told him about one of his canine buddies who had p.e.r.ished. Dolittle was no longer belligerent, but he listened attentively to Eldad’s account. After a half-hour, Dolittle completely trusted Eldad and began spying on him. He was taken to a spa to make him look better, but when they looked at him, they found out that Dolittle was half blind. 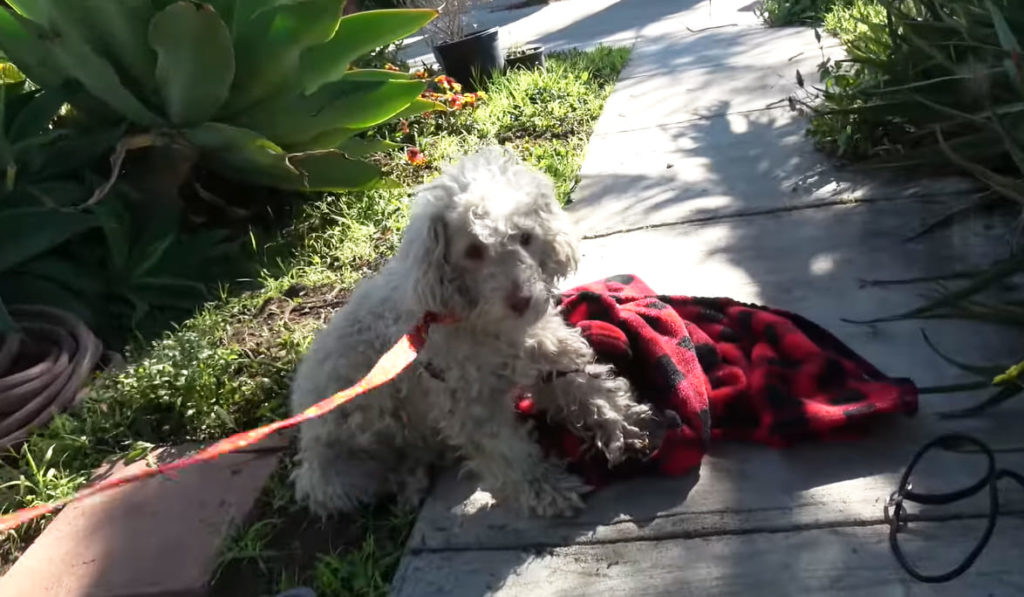 Fortunately, Dolittle was able to get eye surgery and is now able to see again. The dog may have fun with his new buddies and find delight in daily situations. He had a bright life, but what he really needed was a permanent home. 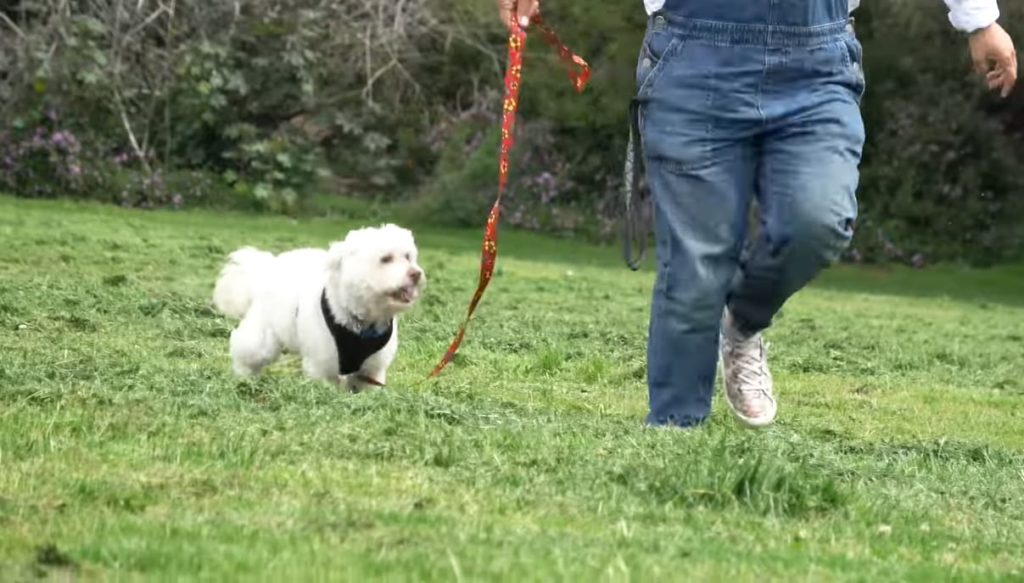 Dolittle is still on the lookout for a nursing home. If you want to adopt it, please contact L.A. Animal Rescue.

Share this story with your friends to assist Dolittle in finding a suitable home as soon as possible.