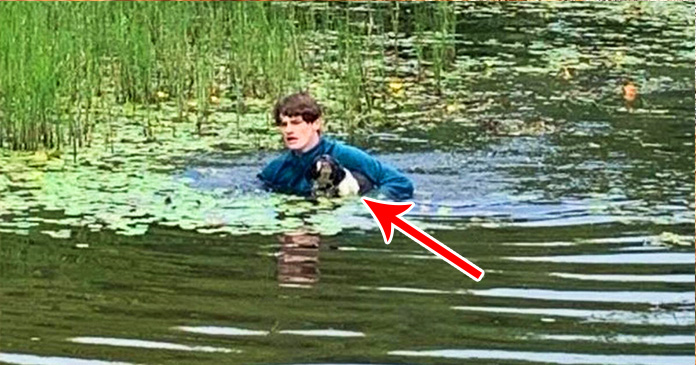 Summer is here, and so are the holidays. People are traveling to new areas and having fun. It’s time to unwind, and everyone has a list of things they want to accomplish in their spare time.

The adolescent guy saved the life of a dog. This heartwarming deed was shared by Jane Warner, the owner of Charlie, a 7-year-old Shih-Tzu.

The story says that Charlie was on a vacation in the Penllergare Valley Woods when he decided to go duck hunting. He got into trouble when he rushed after the ducks for the first time. Charlie went into the lake to pursue the ducks, but he quickly became stranded. 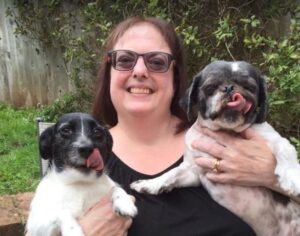 As he traveled farther, he became entangled in the reeds and battled to stay afloat. Because his owner, Jane, was crippled, she was unable to leap into the water to assist the dog. She stood hopelessly on the beach, unsure of what to do.

Suddenly, a stranger appeared and leapt into the water to rescue the dog. It wasn’t easy, but the adolescent managed to swim out and reach Charlie. He untangled the dog from the reed and guided it safely to the beach.

According to Jane, the child was absolutely terrified since the swim was more difficult than he had anticipated, and Jane thought she was really thankful to the youngster for saving his dog’s life. Connor did an excellent job of saving the puppy. If the youngster hadn’t been there, the dog would have been in great danger.

Jane published this tale on Facebook without naming the youngster, but she wanted to give him full credit for what he had done. “This little Scottish kid is my idol,” she wrote. 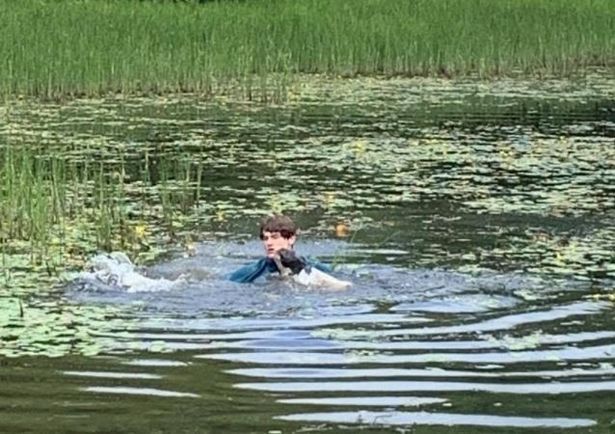 Her tale quickly went viral, and she discovered the boy’s identity. Connor Telford, a 17-year-old kid from Dundee, Scotland, is the youngster’s name. She also learned that it was the first day of his first trip to whales.

It had been a long and grueling day for him. Despite the fact that he was not a strong swimmer, he dived into the lake without regard to his own safety. He was terribly shaken and physically unwell, but he has since recovered.

Thank you for rescuing the dog, Connor. You are a true hero.