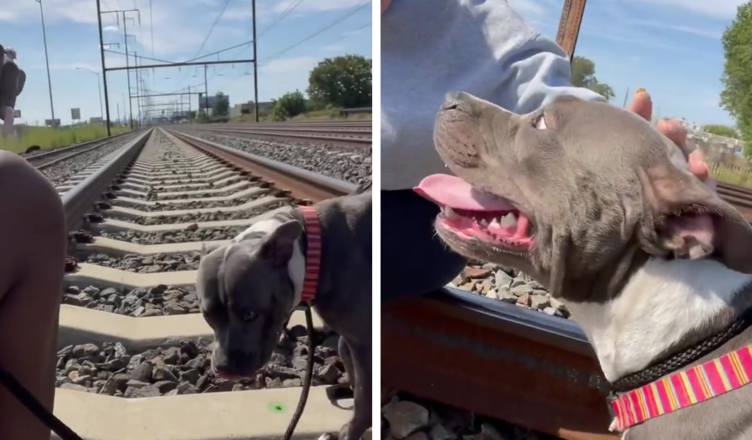 When Nina Love got a message about a pit bull wandering the railway lines, she realized she couldn’t waste any time, so she gathered her rescue kit and went to the area without hesitation.

She could easily spot the dog, but trapping her would be tough, so she sought help from a local rescuer.

They followed her for almost 3 miles across the rail tracks, and everyone was terrified since the train might arrive at any moment. 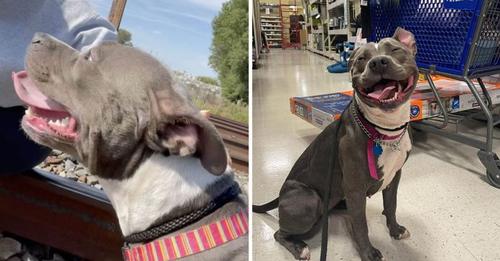 Nina said to The Dodo:

“I knew the train was on its way since it passed shortly before we saw her, and trains come every 10 to 15 minutes.”

Adrenaline was racing, and even though Nina was putting her life in danger, she knew she had to save the dog when she looked her in the eyes. The dog was trembling and running, but as Nina looked at her, she understood she was pleading for help.

“I stayed back because she was afraid.” 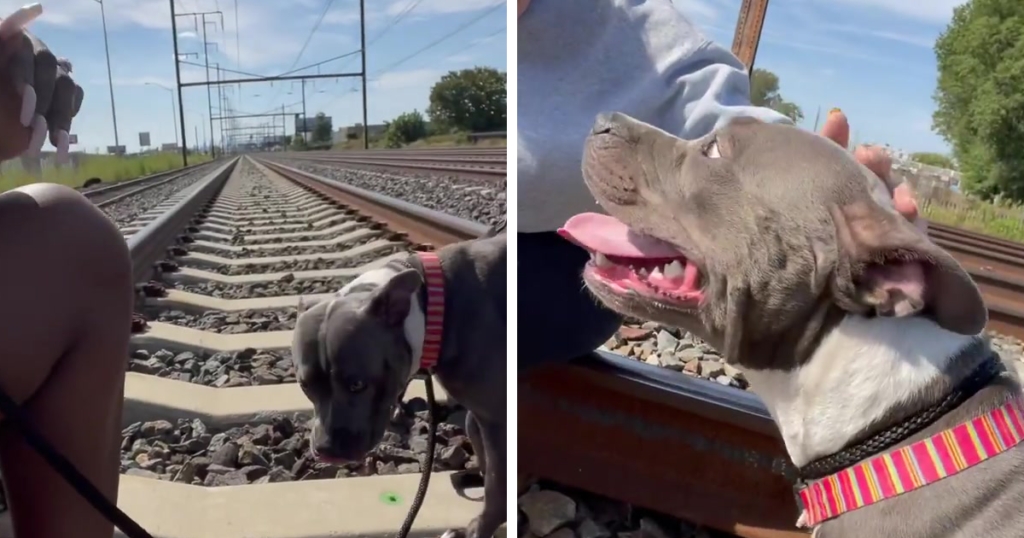 Nina’s rescue partner happily brought over her puppy, Teddy, since the presence of another dog seemed to calm the puppy down.

They approached her as her friend was talking to her. Teddy got even closer, and despite the dog’s trepidation, they managed to catch her.

“My partner embraced her until I got close enough to tie her up.” 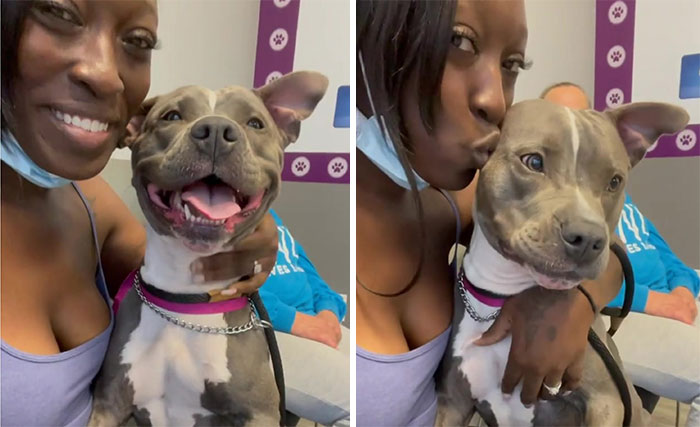 Everyone was happy to be safe, but the situation had become too emotional for Nina, who broke into tears.

Nina has a long history of helping homeless dogs in Philadelphia, as well as visiting local shelters and responding to emergencies. She often responds to posts on social media about pets that need help or takes phone calls from people in her area.