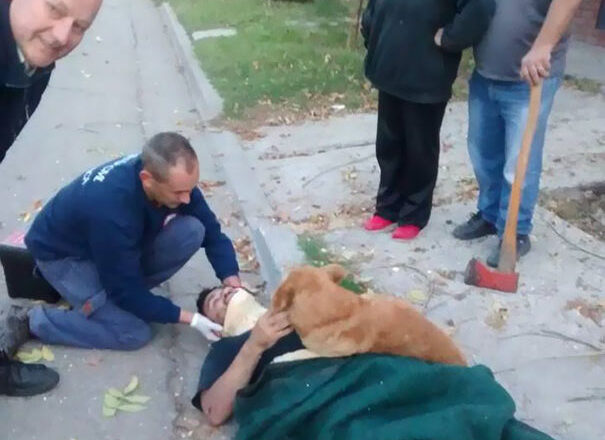 This article is about Tony, the devoted dog that never left his owner’s side after the guy wounded himself while cutting a tree outside his house on Saturday, falling 6 feet on the concrete pavement. The owner, Jesus Hueche, was struck in the head and fell unconscious, but the dog stayed at his side until the paramedics came. 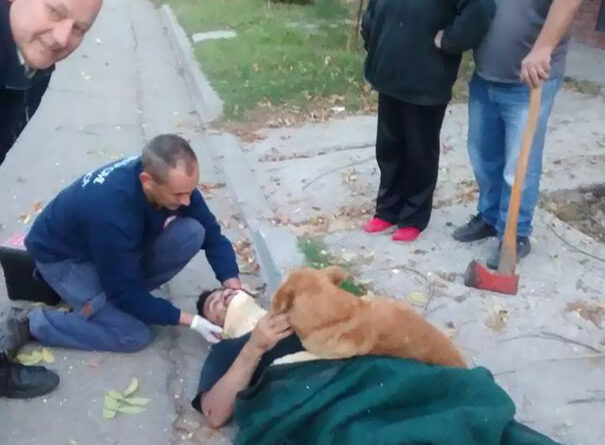 Hueche was still holding his owner while medics fitted him with a neck brace, as if begging him to remain strong and hang on. The man finally regained consciousness, and the canine gave him a few encouraging pats to make him feel secure and cared for.

The dog even attempted to get inside the ambulance to accompany his owner. Fortunately, Hueches’ damage was minor, and the man was quickly reunited with his devoted dog. 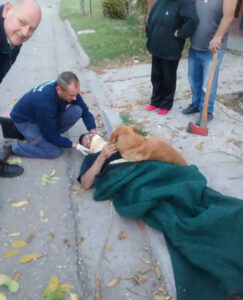 Hueche told a local TV program, “We spotted him on the street one day and adopted him, gave him love and food, and he is now a member of our family.” “He’s like a son to me.” Clearly, the affection is reciprocal.