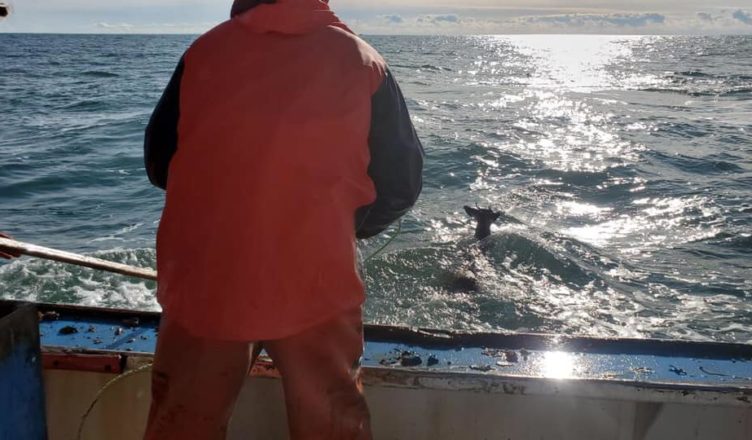 A deer is the last thing you should expect to see when fishing. That, believe it or not, is precisely what these tree fisherman come across when lobster fishing in the midst of the ocean. Fortunately, the unfortunate animal had a happy ending! 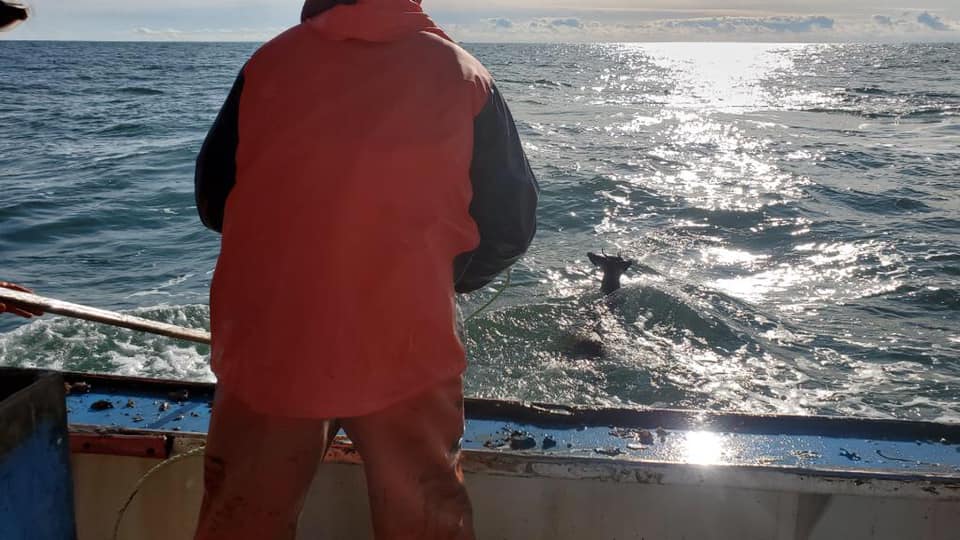 Ren Dorr, captain of the commercial fishing boat Ryss & Stace, and two other fishermen were about five miles off the coast of Maine when they observed the deer fighting to keep its head afloat. They were obviously taken aback by the sight, yet they acted without hesitation to rescue the deer. However, since the poor animal was confused and afraid, the rescue proved to be quite difficult. But, in the end, the fishermen were able to get it aboard and preserve its life. 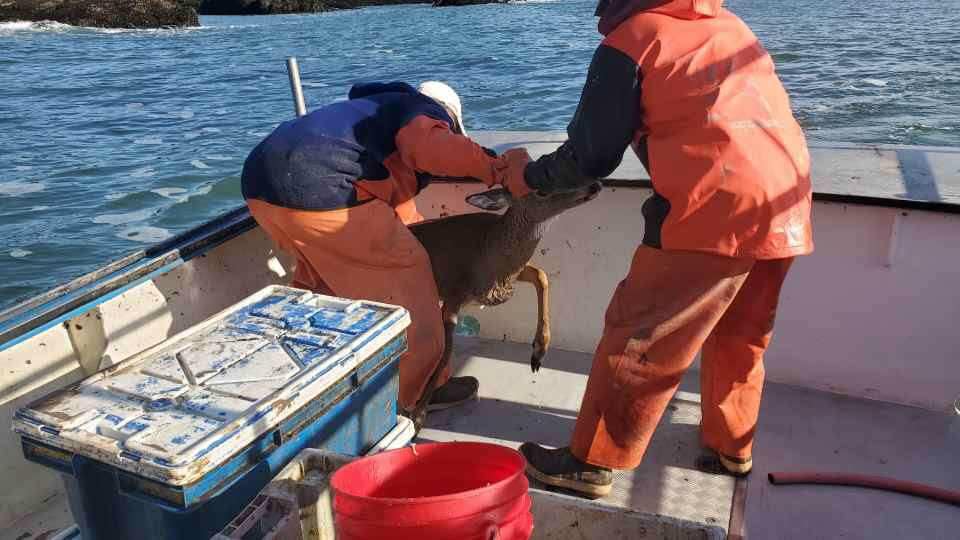 “We had to circle a couple times to get a grip on him,” one of the fishermen, Jared Thaxter, told ABC News. “We basically hauled him in by the spikes and perhaps a limb or two.” 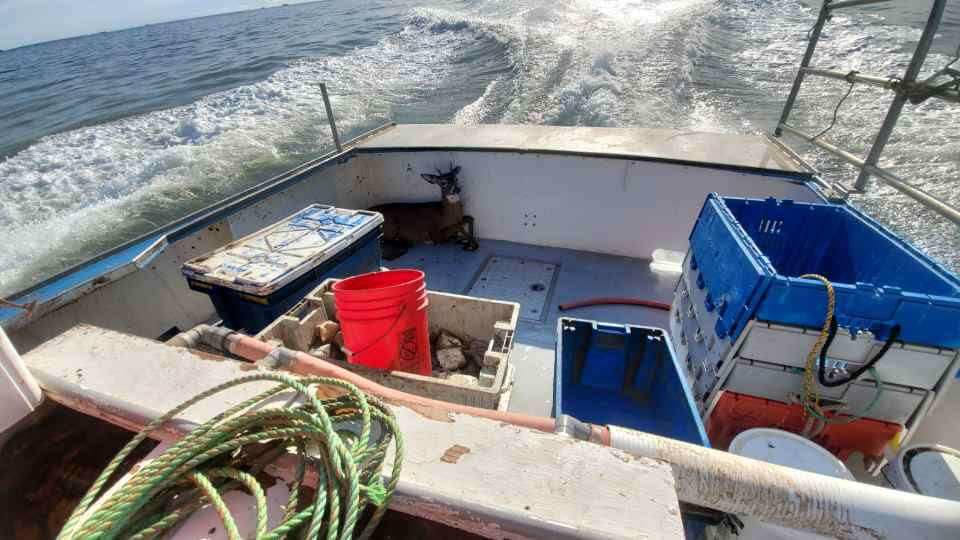 After successfully bringing the drowning animal onboard, the crew proceeded to shore to re-release it. The team agreed that “it was well worth the time and effort.” “You can’t let things suffer like that when you have a simple solution.” 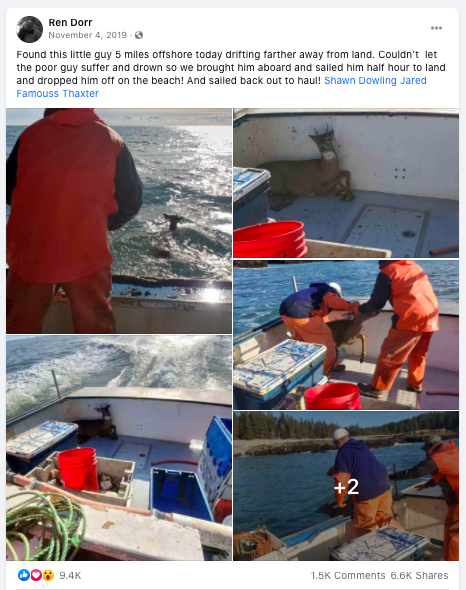 Dorr subsequently posted a few images of the dramatic rescue on Facebook, and his post instantly went viral, with many people thanking him for his altruistic act. Dorr commented, “I found this tiny fellow 5 miles offshore today floating farther away from land.” “We couldn’t let the poor man suffer and drown, so we took him onboard, sailed him for half an hour to shore, and dumped him off on the beach!” And they sailed out again to haul! “