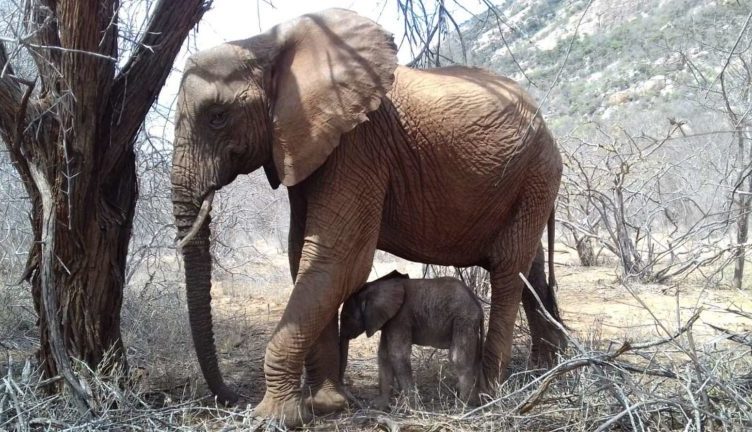 Nothing is more important to Loijuk the elephant than her family, especially now that she is having her own.
The orphaned elephant was found in 2006 alone at only 5 months old and rescued by Kenya’s Sheldrick Wildlife Trust (SWT). SWT kept her until she was old enough to be returned back into the wild.

Years have gone but  Loijuk continues to keep bond with her human family. Every month, she makes a visit to the sanctuary’s grounds. But, according to some sources , Loijuk surprised her longtime caretakers with a baby elephant calf in September. 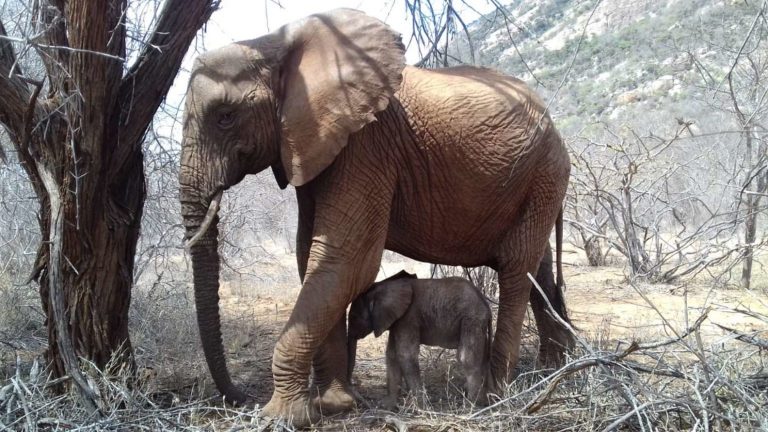 The happy elephant mother was clearly excited to show off her newborn. The calf, named Lili, who was only a few hours old, have been delivered the night before.

Loijuk will never forget the generosity shown to her by those who helped her. Benjamin Kyalo, the head keeper, was even asked to share a precious moment with her newborn calf.
“Benjamin was able to go close to Lili (who was lying between his knees), stroke her sensitive newborn skin, and breathe into her trunk, thus letting her know who he was by his scent,” SWT executive director Rob Brandford told The Dodo. “Elephants have a phenomenal memory and sense of smell, so our keepers may often breathe into the orphans’ trunks to help them know who they are.”
Here’s a link to a video of Loijuk and Lili’s heartwarming visit:
During the meeting, Lili was weak on her feet, but throughout the course of the week, Kyalo witnessed how she became stronger. 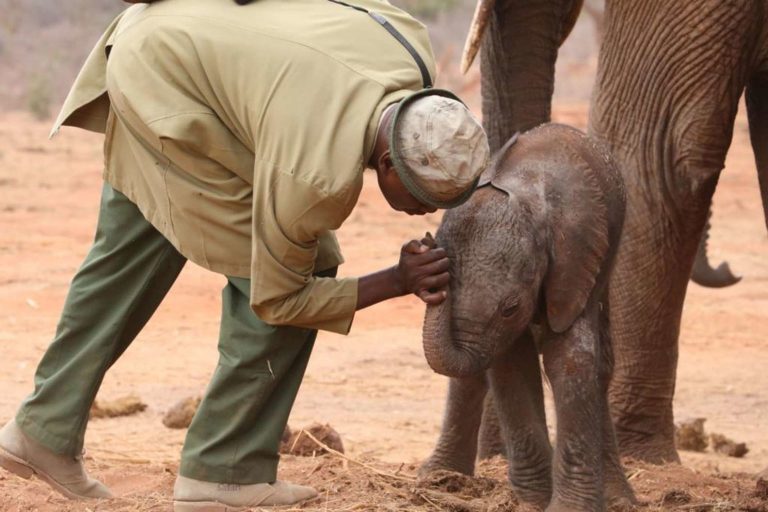 “Loijuk has stayed close to the unit’s boundary, allowing our keepers to keep an eye on her and see how she’s doing,” Brandford explained. “Since  September is the peak of Tsavo’s dry season, which isn’t good for a new baby, we’re happy that Loijuk has returned close to home so that we can support  her with  food when she arrives.”

Calves are grown in the wild with the support of female relatives from the herd. Before giving birth to Lili, Loijuk was a nanny to other babies, and now her calf has her own nannies in the form of two other wild orphans named Naserian and Ithumbah. 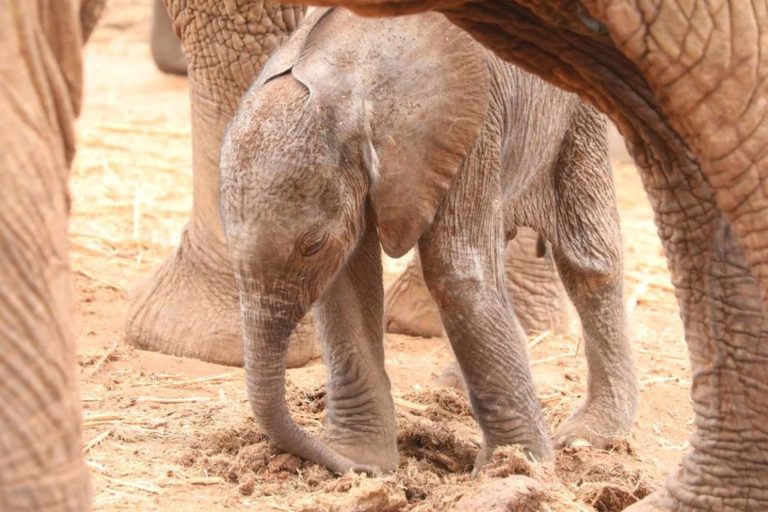 Lili will spend the rest of her life in the wild with her mother’s herd, and she now has a safe place to return to if she ever needs it.

Lili is the 31st calf born to SWT-raised female orphaned elephants that are currently surviving in the wild, and she is a symbol of hope for elephant populations across the world.

“These are historic moments,” Brandford added. “By saving the life of one orphaned elephant, we are not only seeing that orphan grow, but we are also watching that orphan start a  family.”
“We look forward to watching this young girl grow up in the wild,” Brandford said. “Lili has a brighter future ahead of her than many elephants.”