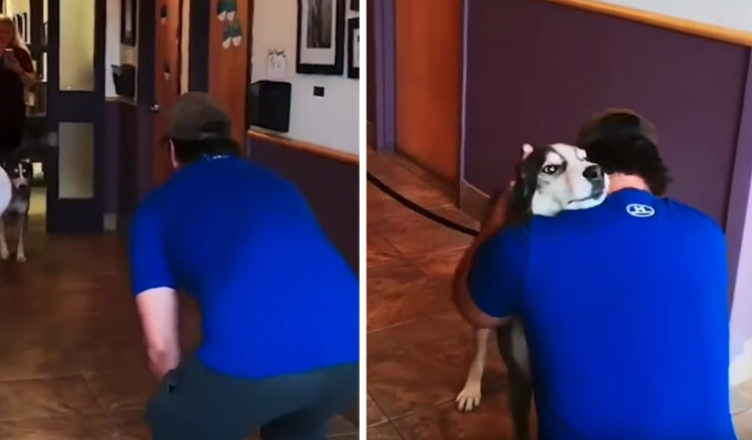 When Mike’s dog, Jack, disappeared, he never gave up faith that he’d find him. Even three years later.  He did everything he could, seeking and putting up posters at all hours of the day and night. But it was quite difficult for him. “I haven’t been the same since I lost him,” Mike confessed. 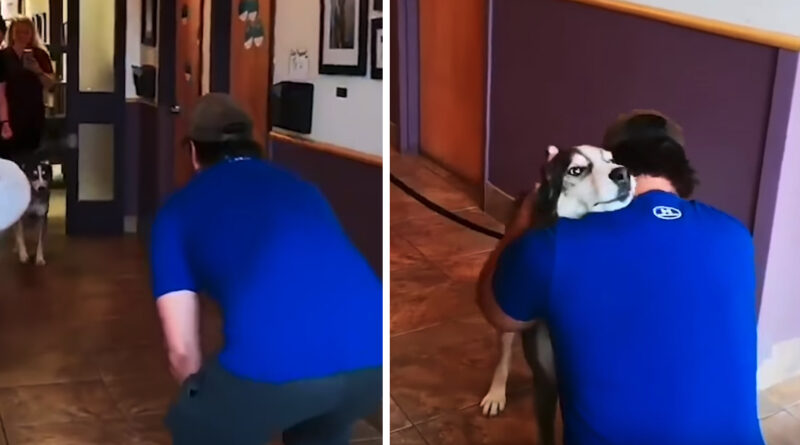 “We did everything together, like I’d bring him to work half the time, and he was always there when I went fishing.” We simply did everything as a team. Whatever I was doing, he was there.” Then, one day, Mike received a call from an animal hospital , asking whether he had a dog named Jack.

Mike realized it was him after confirming the dog’s distinctive features of a brown patch in one eye and a fully black nail on the front paw. He was overjoyed.

Jack was overjoyed to see his father again after being discovered on the side of a road almost 500 miles away. And you won’t want to miss their reunion.