Man Leaves His Birthday To Rescue A Dog.

Gabe Castellanos, 38, had no idea when he woke up on his birthday that he would be regarded as a hero in the media by the end of the day, but that is exactly what happened.

Gabe was enjoying his birthday celebration along the East River in New York when he noticed a noise on the river. He turned his attention to the noise and saw a black and white dog struggling to keep afloat in the water. The dog’s plight was seen by Castellanos’ birthday party guests, who suggested that Castellanos jump into the river to save the pup. 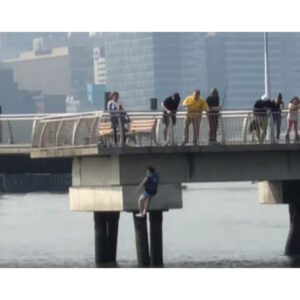 So he jumped into the river and swam toward the confused dog in a matter of seconds. But when Gabe tried to grab the poor creature, it bit him  . However, he recognized that the dog’s behavior was because of his fear, so he ignored the pain and continued the rescue until the defenseless dog was safely brought to shore. 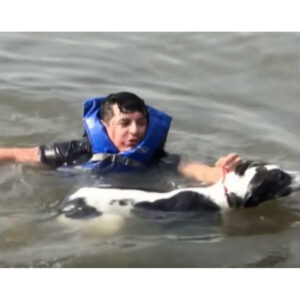 Onlookers applauded the two.  The dog was finally reunited with its owner once it was on the ground.

Harper, the dog, had apparently gotten away from his walker. Nobody knows how he got into the river.