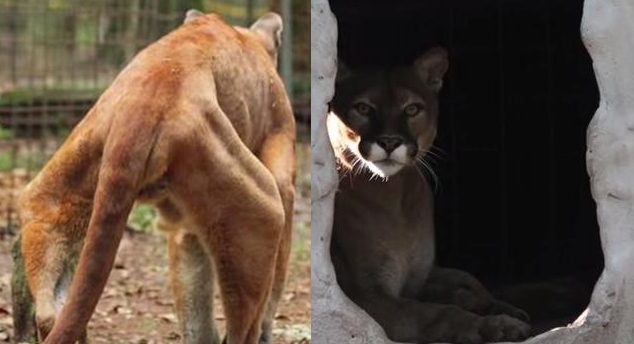 Mickey had spent years at a nightmare backyard zoo in Alabama that had been operating without a license since 2006, when its USDA license was withdrawn. The woman who ran the zoo, which also served as the local dog pound, had been caught feeding domesticated dogs to her exotic cats. Big Cat Rescue was dead set on rescuing all animals it could from this nightmare. 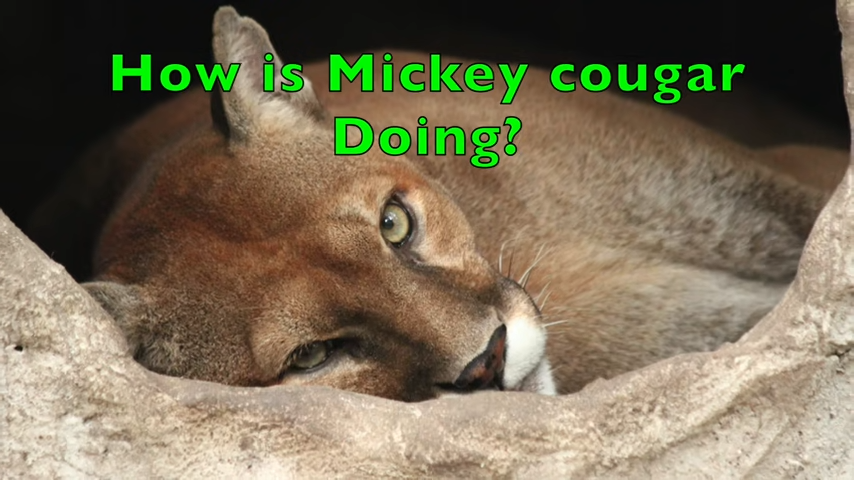 Big Cat Rescue began negotiations with the owner of the captive wild cats in 2014, and she ultimately handed Mickey to the Tampa-based rescue group in August of that year. Mickey was underweight, his teeth were deteriorating, and his legs were so weak from what specialists thought were damaged ACLs that he could hardly get up when he was eventually saved. 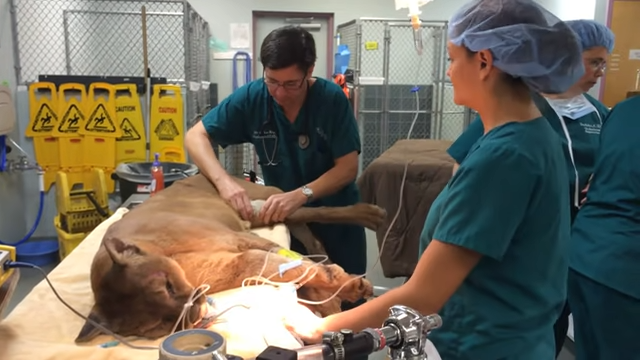 Mickey’s knees had been devastated, with no ligaments or cartilage remaining, according to further examinations by vets.

Mickey’s treatments were custom-made to give him the best shot at a happy life. Mickey’s knee was stabilized with prosthetic ligaments, and physical therapy helped him recover his ability to walk. 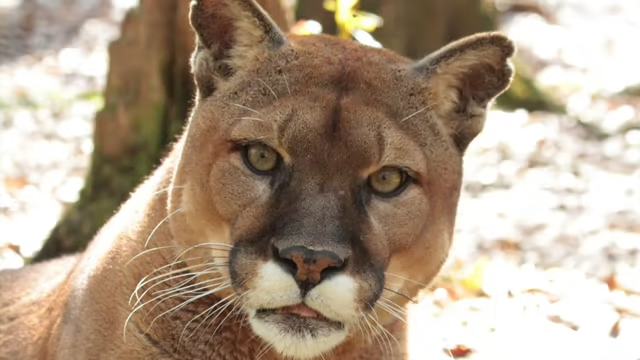 “He’ll never walk completely, but he’s doing really well,” Bass said, “and he’s able to go around on his own.” “We’re overjoyed to be able to provide him with a forever home.”

A man saved two unwanted pit bulls, and they rewarded him by saving his life