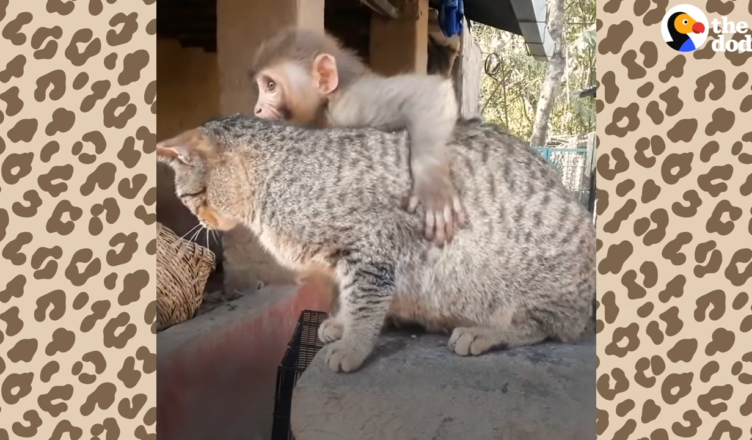 Anvi is a wild baby monkey that was abandoned by her family when she became wounded and couldn’t keep up with them. Anvi had been electrocuted and was in critical condition when her rescuers called Joelle, who manages an animal sanctuary. Fortunately, she had been sent to the correct location, where she would receive the assistance she required to heal. 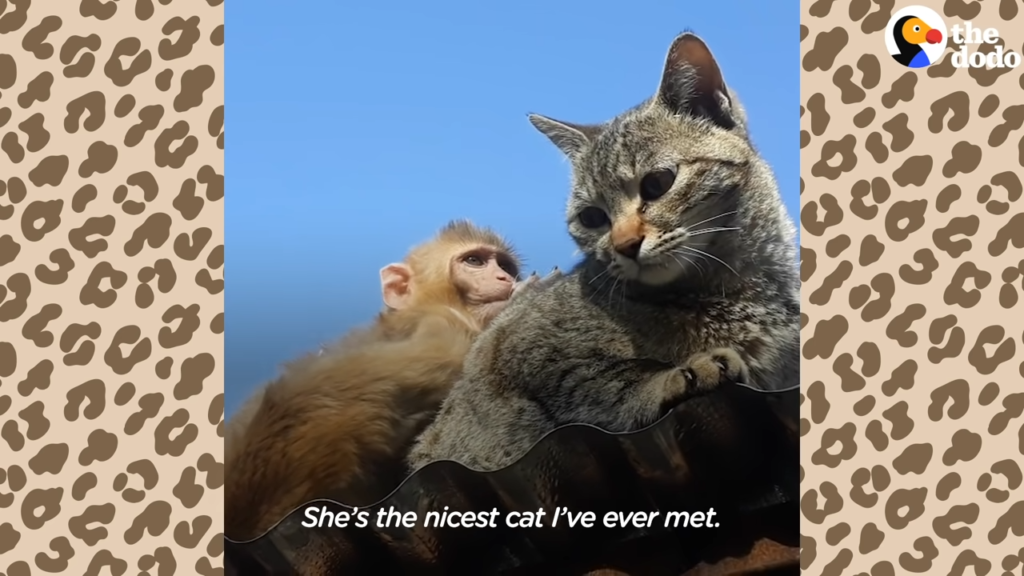 It wasn’t easy for Anvi; she was separated from her family and terrified, until she met Billo the cat. She stepped into the room where Anvi was healing and the two of them instantly began cuddling. This, Joelle reasoned, could only be a positive thing, since it would relieve Anvi’s anxiety about the loss of her family. 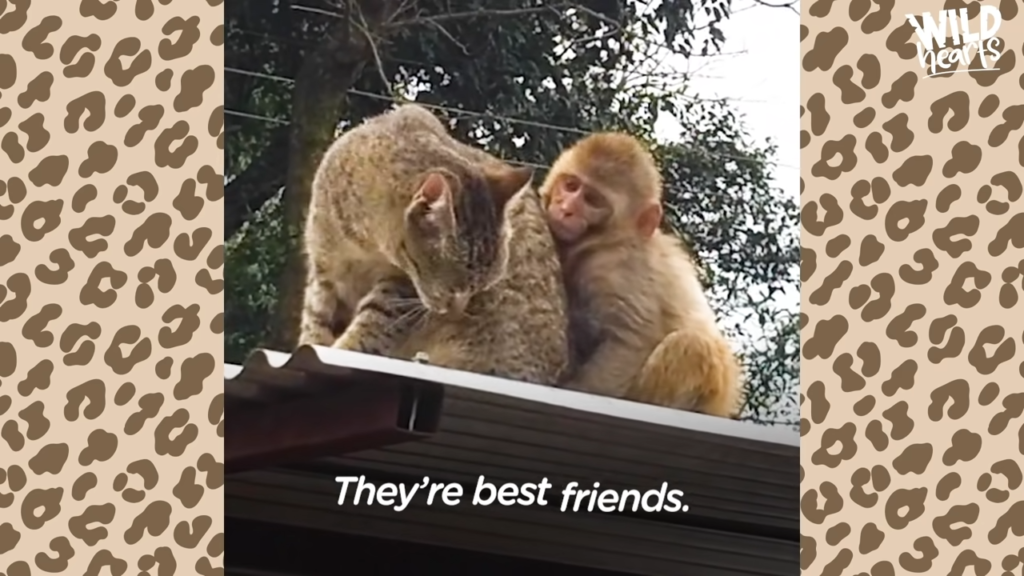 Anvi would follow Billo around, groom her, and the two would play together, which is just what a baby monkey needs to feel comfortable and like she was part of a family. Billo truly helped Anvi get through a very tough and stressful time before she was given free to live in the wild again. Cats can be so empathetic towards other species when the need arises.