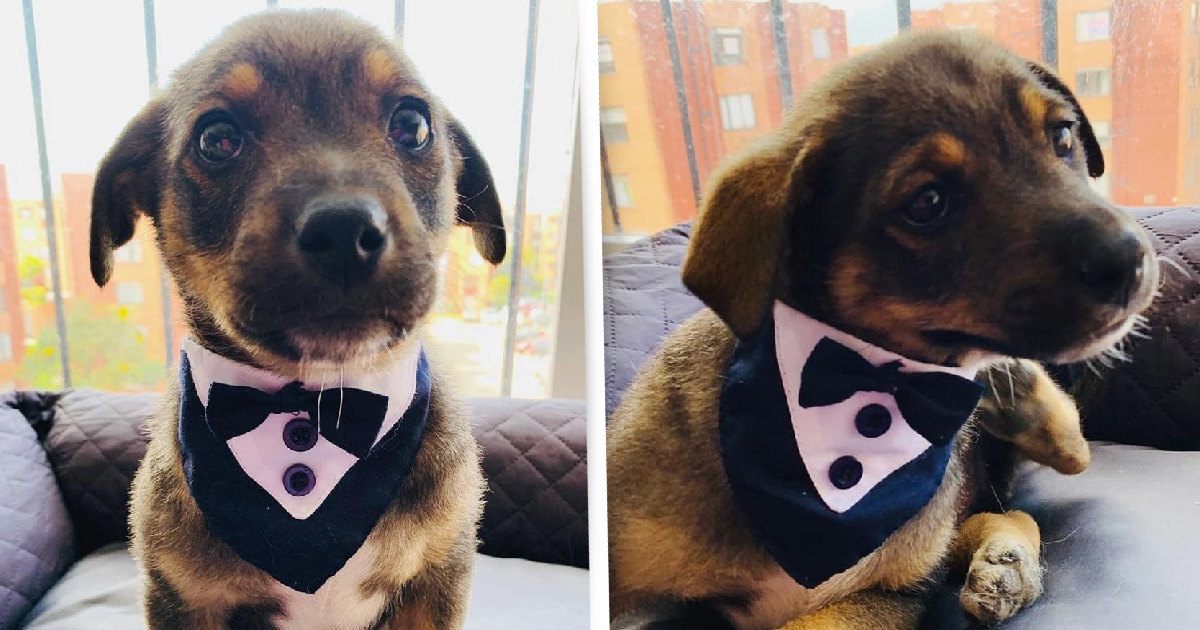 After his new owners failed to pick him up, a dog dressed in a tuxedo was left with nowhere to go.

Vicente was all suited up and ready to travel to his forever home when his adoptive parents called to cancel their adoption on the day they were meant to pick him up.

The cute puppy came from the non-profit organization Fundacion Rescatame in La Calera, Colombia, and was adopted. Vicente’s photos were released on the rescue center’s Facebook page after he was regrettably left unadopted. 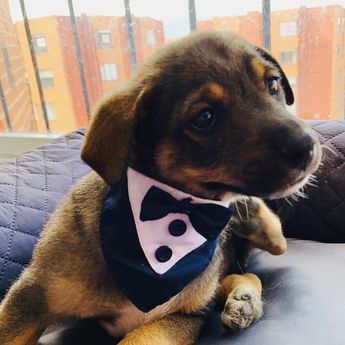 Vicente’s supposed adoptive never showed up. He cancelled his adoption after he was washed and ready for a home. Then they wonder why we’re so cautious with the process, and we tell them it’s because of this! We don’t want to have any doubts that our furry friends will be in good care for the rest of their lives.

If you wish to adopt a dog, keep in mind that it’s a long-term commitment; animals aren’t things you can get rid of when you no longer want one.

You must be built of stone if your heart didn’t just break into a million pieces.

Before you spend the rest of the day sobbing into a tub of Ben & Jerry’s ice cream, remember that Vicente’s tale has a happy ending. 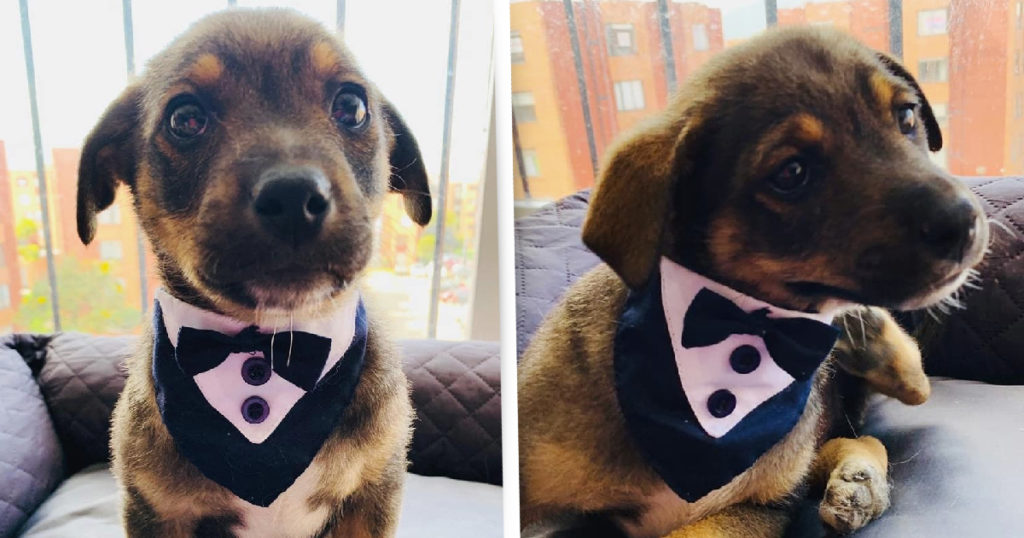 Vicente was adopted by a new family only a few days later. ‘We want to tell you that Vicente has already been adopted by a loving family,’ they wrote on their Facebook page beside a photo of the dog with his new mother and sibling.

If you’re sorry that you won’t be able to adopt Vicente, the rehoming center presently has 40 other lovely canines searching for new homes.

Fundacion Rescatame, which describes itself as a “non-profit organization that promotes the battle against animal abuse, as well as the rescue, protection, and maintenance of animals in a situation of abandonment,” has assisted more than 200 dogs this year.

After Being Hit by a Truck, the Police officer Lies Next to the Dying Horse