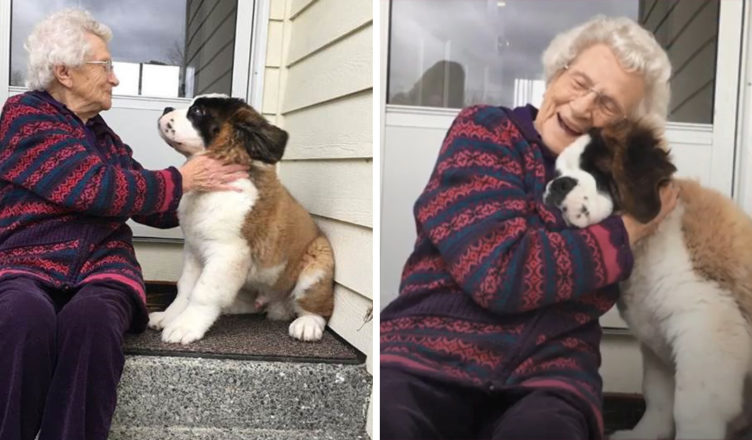 Brody, a big St. Bernard dog, lives in Mount Vernon, Washington. Brody lives with a loving family, and his father frequently shares his photos on social media, where he even has his own Instagram account! He hasn’t been the same since meeting his neighbor; he’s totally in love, and she is as well.

Sally, who is now 93 years old, was born on a farm in Holland with a variety of St. Bernard dogs. Having always admired the breed, meeting Brody was a real treat. 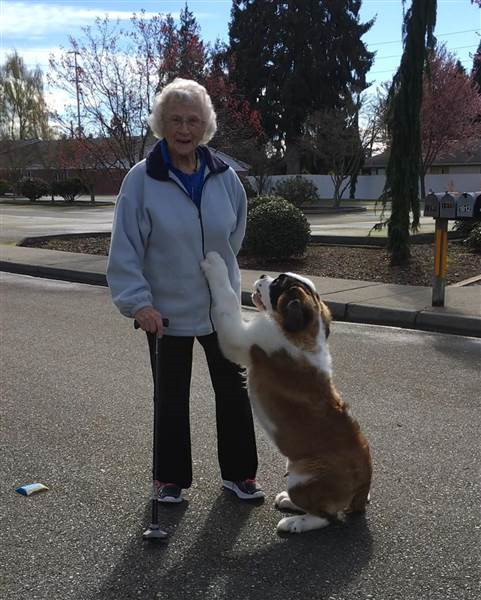 Sally knew all of Dave’s beloved dogs because she had lost her husband 15 years ago and had lived next door to him for even longer. Brody, on the other hand, was the only one who ever struck a strong emotional connection with her.

“From the time he sees me, he’s been thrilled,” Sally told Today. “I believe he adores me, and Dave claims it’s because of my voice.”

It was love at first sight. 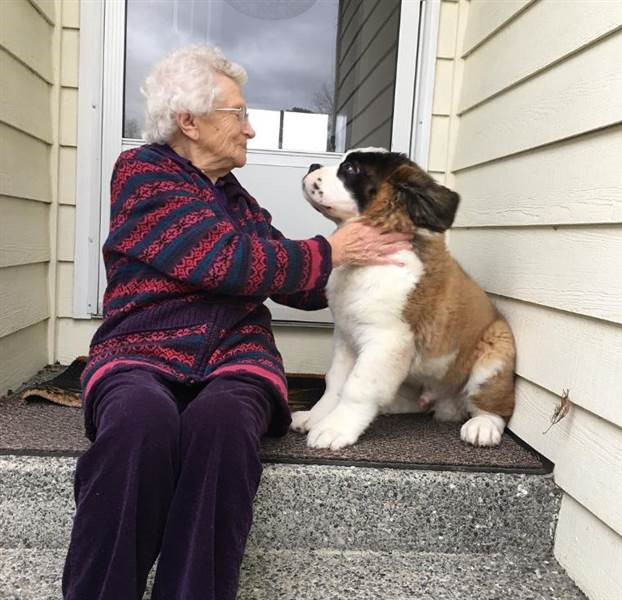 It’s no surprise that the St. Bernard dog has a strong bond with her because of her Dutch accent. This dog breed is said to have originated in Europe. Sally must have given him a sense of connection. 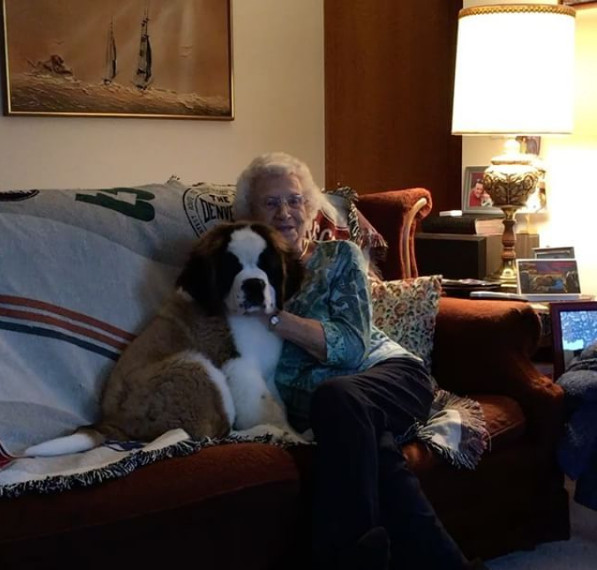 Sally has four children, but only one of them lives in the neighborhood. They all enjoy watching their mother get along so well with the gentle giant, and they follow up with their adventures thanks to Dave’s photography. 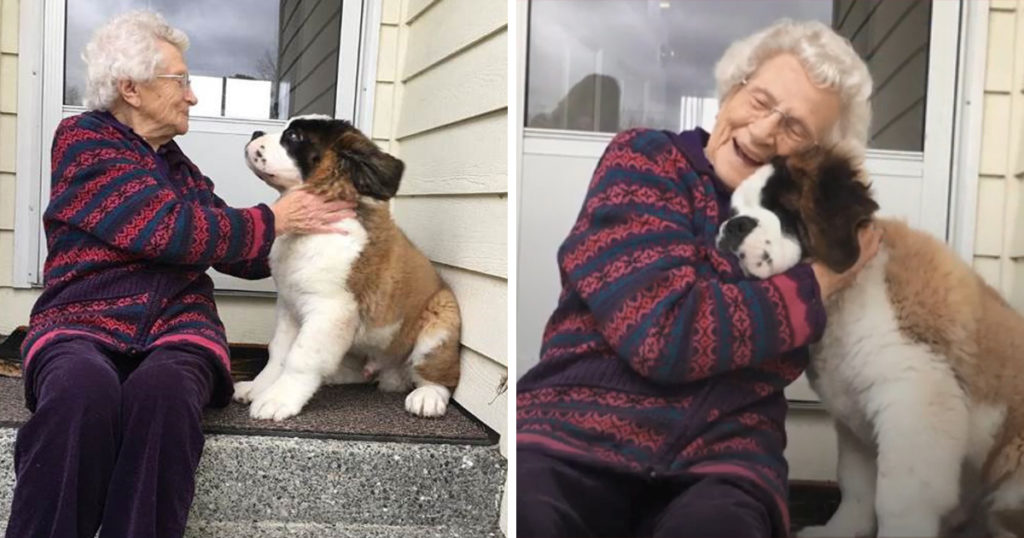 Brody and Sally spend a lot of time together. She’d take him to church, snuggle up on the sofa to watch the news, and go get the newspaper in the morning. 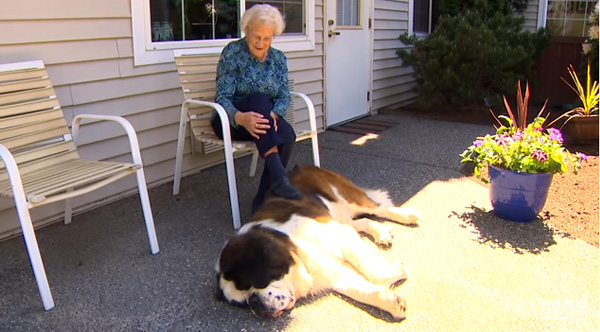 Catching up with cuddles.