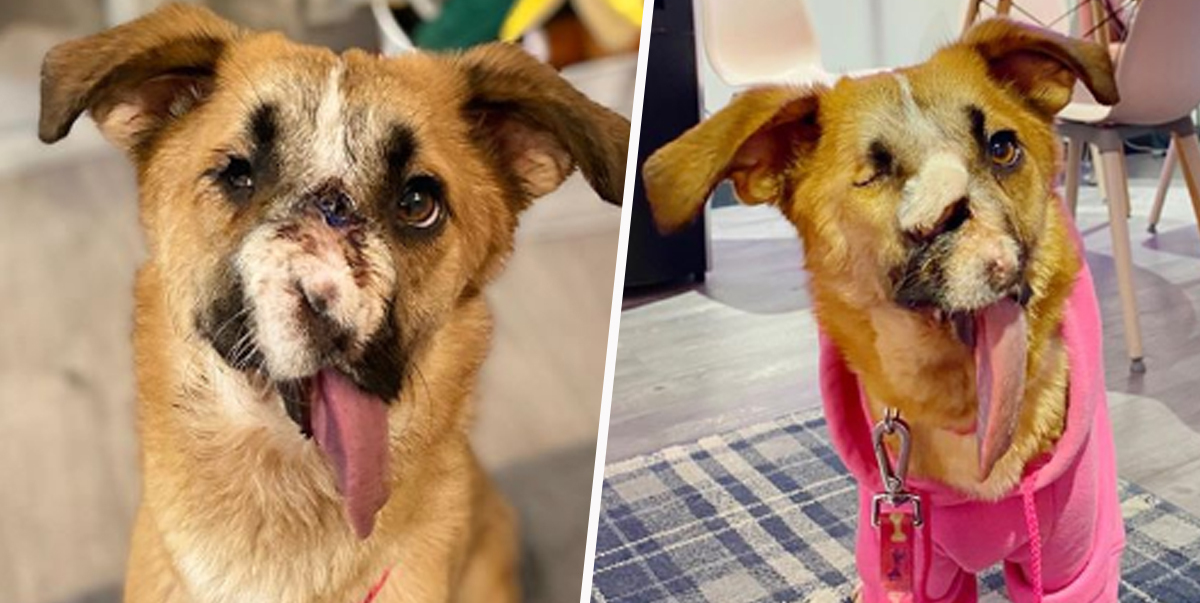 After finding a forever home in the United Kingdom, a cute puppy that has already had a hard and harsh start in life may look forward to a safe and happy life.

Millie, a one-year-old dog who was shot in the face numerous times and received serious facial injuries from what was most likely someone intentionally stamping on her, has undergone life-changing surgery.

Millie, or “snot monster,” as her savior Kasey Carlin lovingly refers to her, was born a stray in Russia and discovered dying on the streets by animal advocates.
Millie was struggling to scratch the rotten mass of her snout away from her own face when she was rescued from the cold. 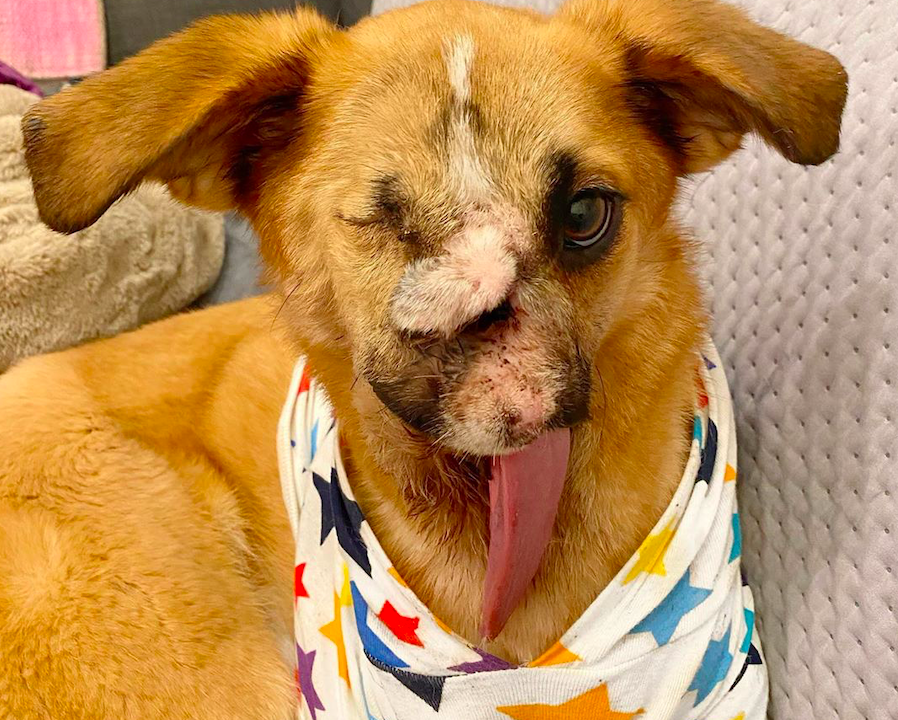 Carlin was able to negotiate Millie’s evacuation to the UK with the help of her employers, the Wild At Heart Foundation, an animal rescue organization looking to combat the world’s 600 million stray dog population, after weeks of begging, fundraising, and sending email after email to the Russian animal sanctuary Vyberimenya, where Millie was based.

Millie has had surgeries to help her live a normal life since coming in the UK a little over a month ago.

Her right eye was removed since it was damaged due to bullet shrapnel stuck in it during her traumatic formative months, and she was fitted with a new nose. 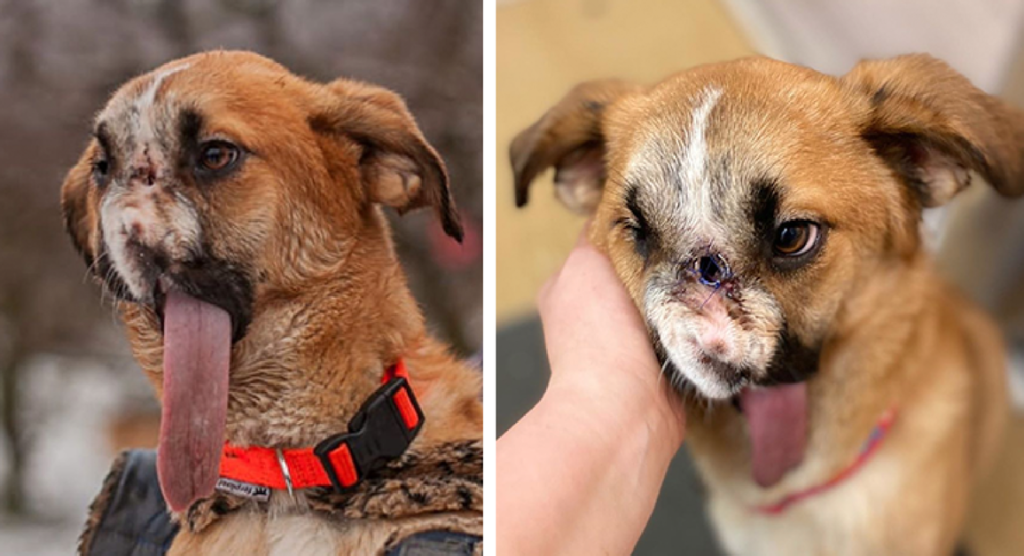 “When I saw her, I simply fell in love with her instantly,” Carlin, who is from Indiana but moved to England a decade ago, said.

“She had no nose and had to breathe and smell through a tube, yet she seemed so joyful in her movies.” “I had to have her because my heart melted.”

Carlin went on to say of Millie’s condition when she was picked up: “When she was brought up, her face was just totally shattered, a complete disaster.”

“She was scratching at the rotten mulch that had covered her nostrils. It’s possible she was hit by a car, but her injuries are nearly all on her face, thus it’s far more probable she was stamped on.

“She had a few gunshots in her as well.” We’re not sure if she was previously used as target practice or if someone attempted and failed to harm her — unfortunately, the former is more likely.”

Millie is currently living with Carlin and three other dogs at her Brighton home after many procedures.

“I adore all of my pets equally,” Carlin said, “and they’re simply normal dogs that don’t suffer at all.” They eat, drink, and play in the same way as any other dog does. They’re happy, and they bring joy to everyone they see.