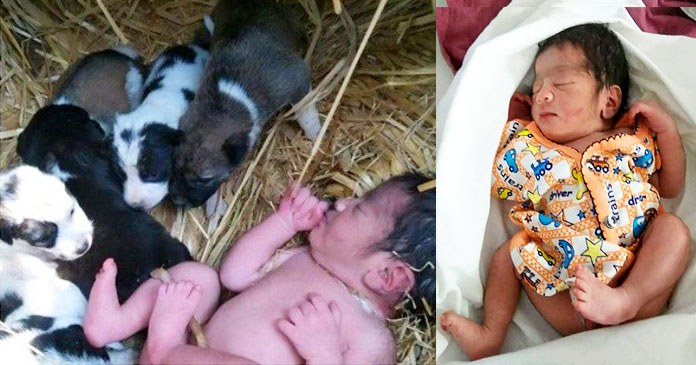 Dogs are very protective by nature. They take care of children and babies. It is their protective nature that makes them look after a young child.

Last month a mother dog helped an abandoned newborn baby survive by keeping her warm in the freezing cold. The locals in the Chhattisgarh province of India came to know about the baby after hearing her crying. It was found in the field. The baby was abandoned by her parents. It was naked and had an umbilical cord. 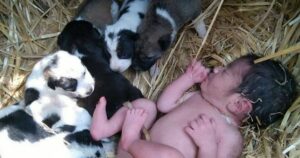 It wasn’t just the newborn who was alone. A mother dog and puppies were also discovered near the baby, according to the residents. The mother dog and the puppies appeared to have kept the baby warm overnight by lying by her.

The people came to the conclusion that the dog’s maternal instincts saved the child’s life in the freezing weather. Not only did the mother dog keep the puppies warm, but she also kept the infant warm and comfortable.

When the local authorities learned of the situation, they arrived and brought the baby to the hospital to be examined. Akanksha is the name of the newborn. The search for the baby’s irresponsible parents is now underway. 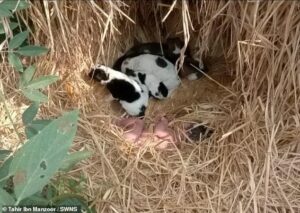 Though it is terrible that a child was abandoned by his or her parents, the baby’s survival is a miracle, thanks to the loving mother dog.

Anything might have happened to the baby, thus it’s a miracle. The night was bitterly cold, and without warmth, it was tough to survive, but the newborn survived owing to the mother dog and her puppies.

Really the mother dog deserves all the praise. It was due to her that the baby was alive. We hope the baby should get justice.