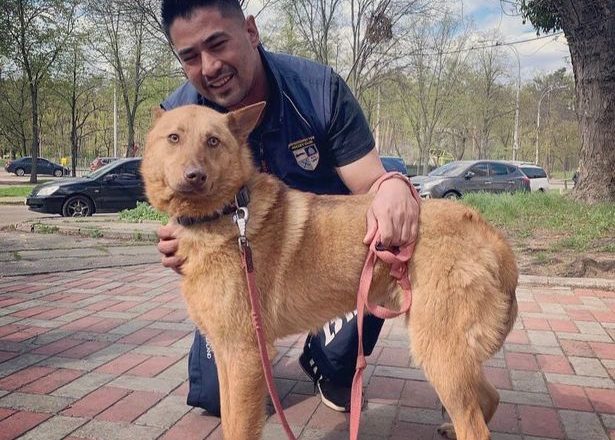 Gavin Guest, a native of Sutton, Surrey, spent years as a teacher at the British International School in Ukraine. He rescued Eli, a two-year-old West Siberian Laika mix, while he was away.

The Foreign Office encouraged all British citizens to leave Ukraine on February 12, 2022. Leaving the state would be difficult for Him. To bring Eli with him, he’d need special permission, and there was no way he was going without him. 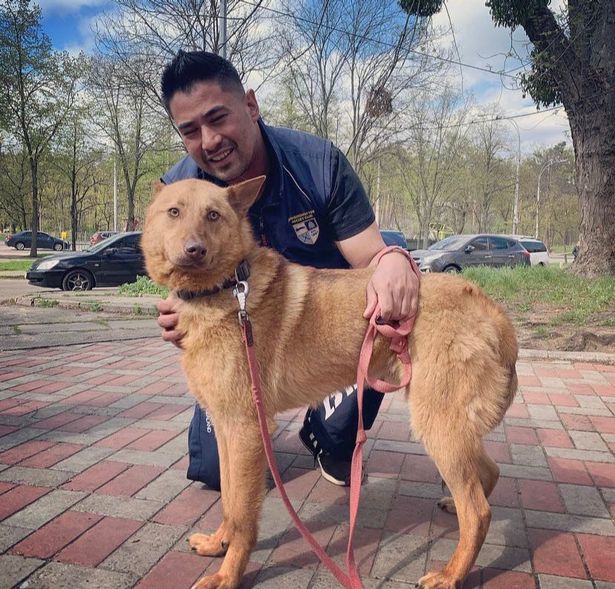 Guest spent weeks attempting to secure the pet waiver that would allow him to bring Eli back to England with him before the Russian invasion later that month. Guest was forced to depart the country on foot after the permit was still not approved and Russia invaded.

It was “never a question” about leaving Eli behind.
Guest could have left the country before Russia attacked on his own, but he would never do it without Eli’s help. Whether he signed the waiver or not, Guest was just interested in escaping Ukraine with his dog. 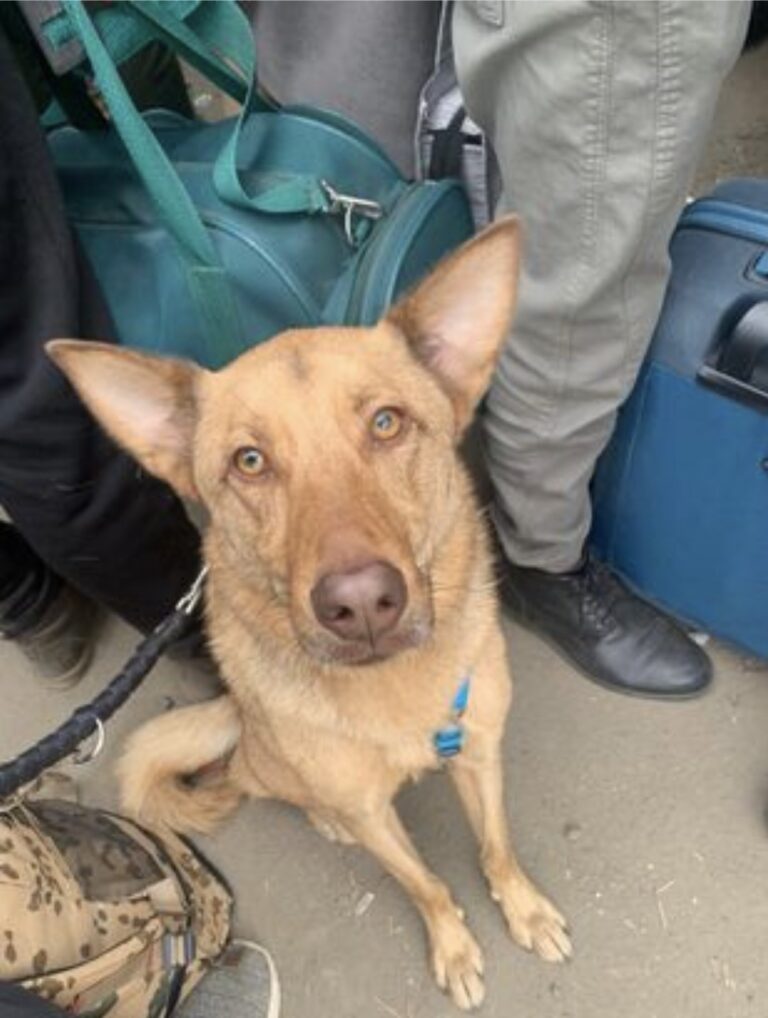 In 2021, Guest saved Eli, and the two have been great friends ever since.
“I rescued him a year ago, he was a dog in need and I was a person in need. We had just come out of Covid and he was good for my mental health.”

It generally takes three months to get the waiver he required to fly to the UK with Eli. However, as the conflict progressed, the deadline to escape the country sped up.

Guest and a coworker went 500 kilometers to the border with their dogs in tow on February 24. They’d heard that the Romanian border was “kinder to pets.” Everything was in disarray at the border when they arrived in Terebleche.

“When we arrived, there was a 12-kilometer line of automobiles. We jumped out of the car and went to the border with our two dogs and all of our luggage.” 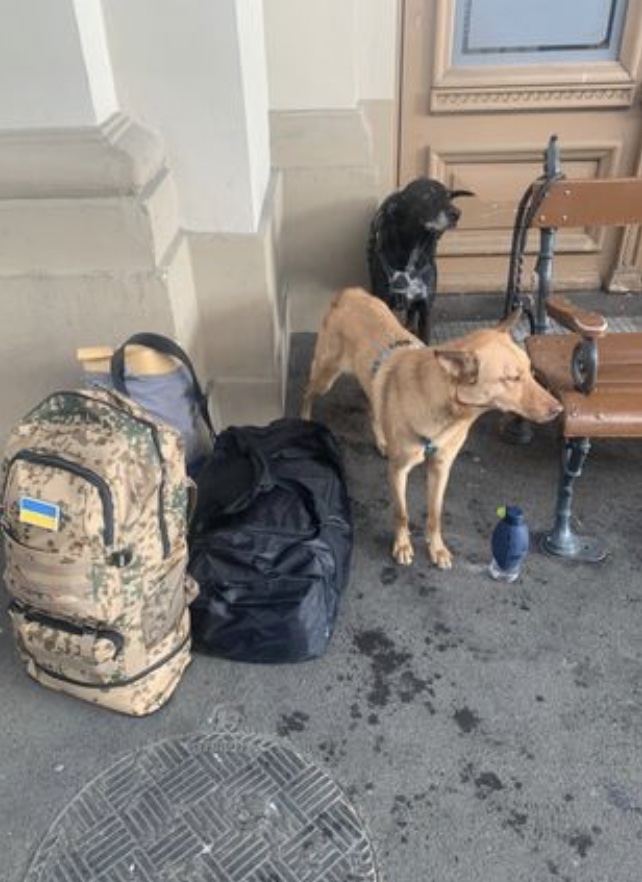 When Guest, his colleague, and their dogs tried to pass, the Ukrainian border guards told them no men were allowed through. He described the nightmarish scene:

“There were women and children being squashed against the metal border gate. It was snowing, cold and chaotic. It was pandemonium. There must have been 5,000 people there and there was lots of screaming and pushing to get across. The guards were armed and shouting back.” 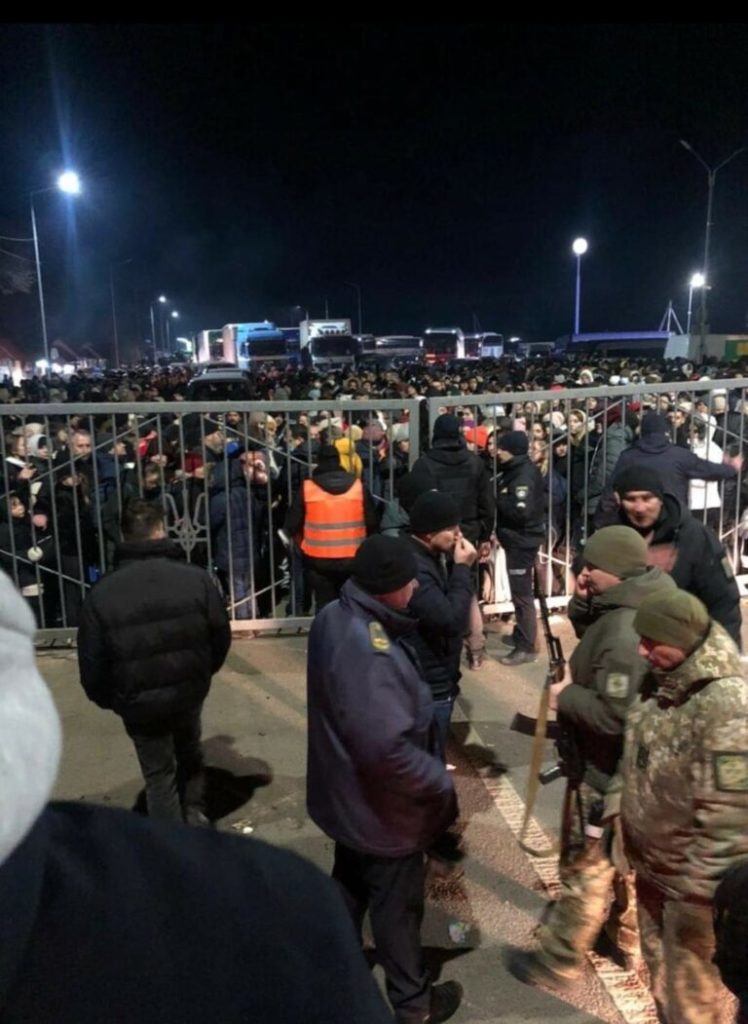 The British embassy in Romania even sent a car to the Ukrainian side of the border to pick up Gavin, his colleague, and the two dogs. The embassy crew, however, was unable to get past the Ukrainian guards.

“The consulate said they were only 30 meters away from us. I couldn’t understand it.”

Guest and his buddy eventually decided to flee the chaos and try crossing the border again in a few days.

The group returned to the border on February 26 to try their luck once more. By that time, the restrictions had gotten much more stringent. Not just males, but also older boys, were banned from leaving Ukraine.

At the border, the guests were able to find another English speaker and explain their situation as foreign nationals with rescue dogs.

“He spoke English and I told him ‘I’ve been here for three days with two dogs, I can’t keep coming to the front. They are rescue dogs and people are trampling on them’. He said no men could leave, and I said I understood. I asked him to let us know when it was our turn and he smiled and put his thumb up.” 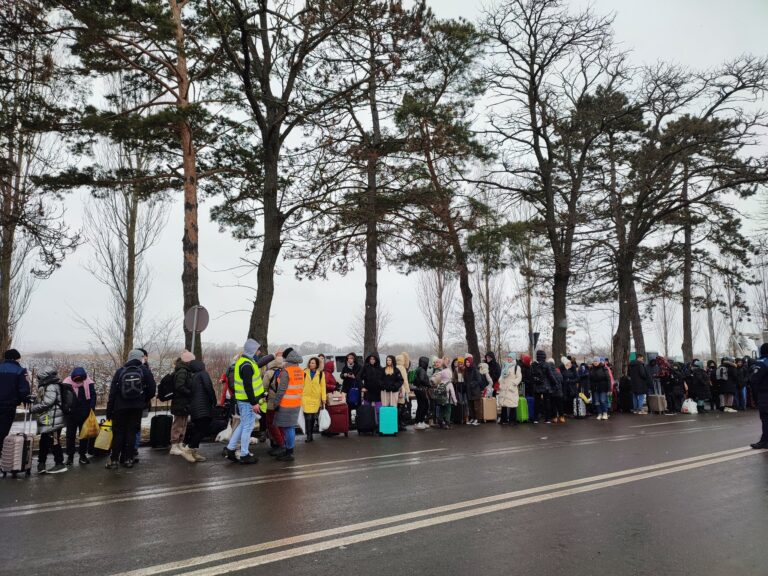 Surprisingly, the crew was invited to the front of the line only a few minutes later. Some Ukrainians who were waiting at the border had appealed with the border guards to make an exception in their favor.

“They pleaded with them to let us through. The guards then opened a road block barrier and said ‘go now’.”

Guest felt guilty and humble as he crossed the border, despite his relief at finally being given entrance.

“I walked through and then looked around to see the faces that had helped us. They were smiling and some people were clapping. It was so nice but I felt so sad and guilty.”

Guest stayed in Romania after crossing the border to finally finish Eli’s papers. Then it was on to Vienna for an overnight train and a lengthy journey back to the UK. Both ex-pats and their pets returned home on March 3.

The last several days had been a nightmare for Guest.

“It has been mentally and physically draining. What I saw at the border – the crying women and children – is something I never want to go through again.” 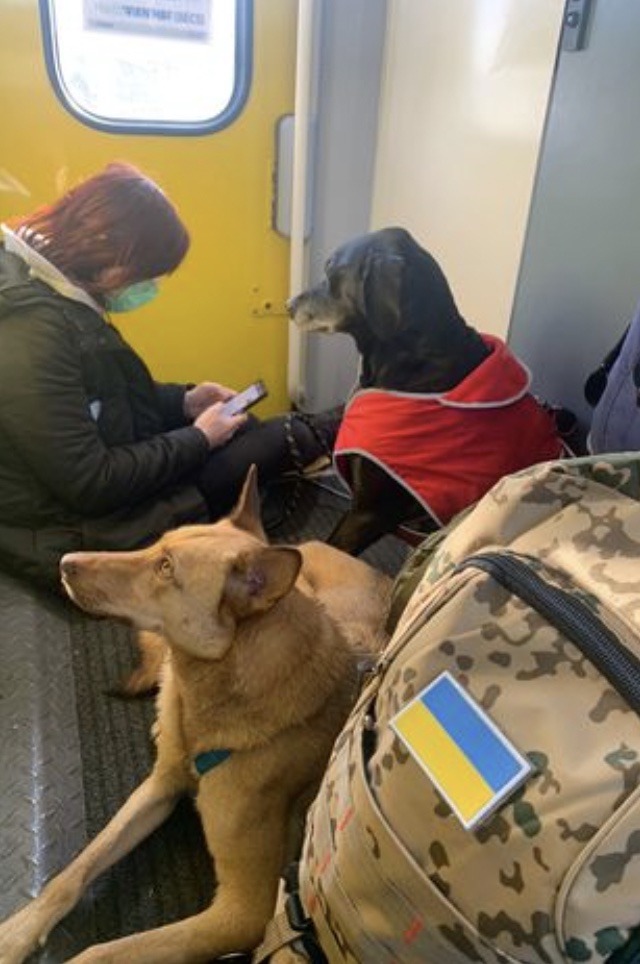 Despite the fact that it would have been simpler to cross the border without him, he simply can not imagine leaving his dog behind in Ukraine.

“We could have left Ukraine a few weeks ago and this problem wouldn’t have happened. But I was determined to get Eli out of the country and I’m very happy that I made the right decision. It was all worthwhile and if I had to do it again I would.”

Despite all the horrors Guest experienced in Ukraine and at the border, he still plans to return to Kyiv when it’s safer.