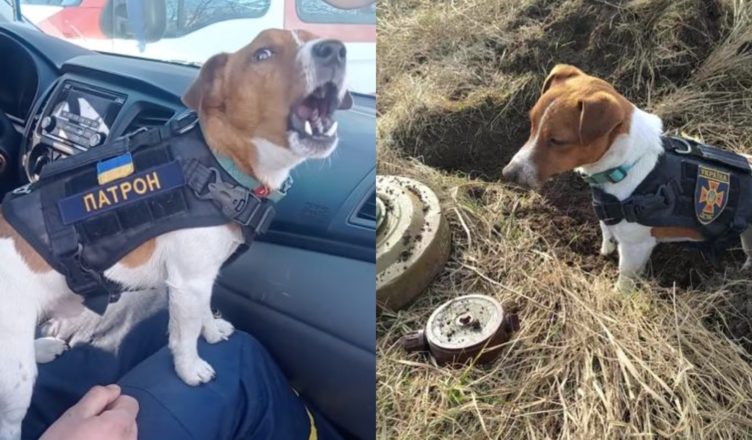 We know that today there is a difficult situation and condition in Ukraine.

The stories of bravery told by the Ukrainian people have moved and encouraged us. Many of these stories include animals, with humans risking their lives to protect local pets and animals, and animals repaying the favor by supporting Ukrainian forces.

Many of these stories include animals, with humans risking their lives to protect local pets and animals, and animals repaying the favor by supporting Ukrainian forces. Such as a brave small dog who has been assisting in the bomb disposal process in his own unique way. 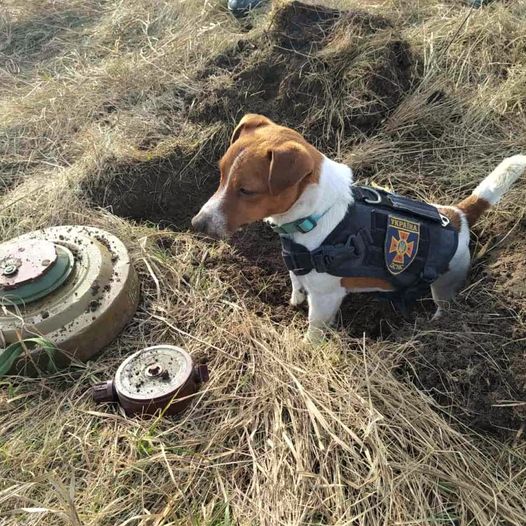 A video of a “mascot” dog trained to sniff out Russian explosive devices in Chernihiv has gone viral, according to the State Emergency Service of Ukraine (SES).

Patron is seen working hard throughout the film, donning protective gear and relying on his sense of scent to detect  weapons. 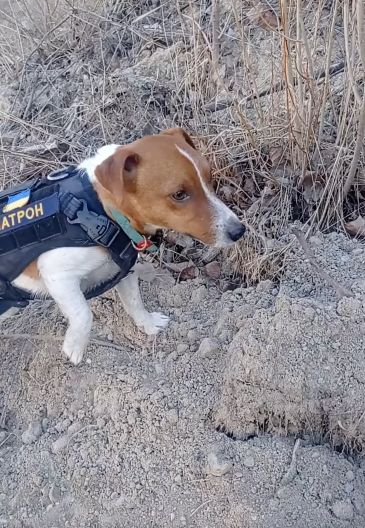 According to the Facebook post, the dog has assisted the SES team in defusing 90 explosives since the conflict began last month.

Dogs may be trained to detect out bombs thanks to their excellent sense of smell. Many lives will be saved if they are deactivated and disarmed. 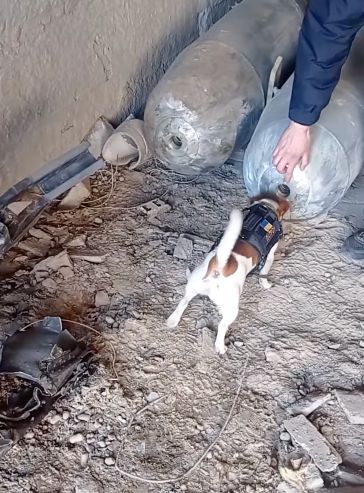 According to NPR, around 900 people have passed away in Ukraine since the conflict began, with officials claiming that “explosive weapons with a large effect area” is to blame for it.
Ukrainian officials express their thanks for the dog’s actions in a SES post: “Thank you, friend, for your persistent job!” 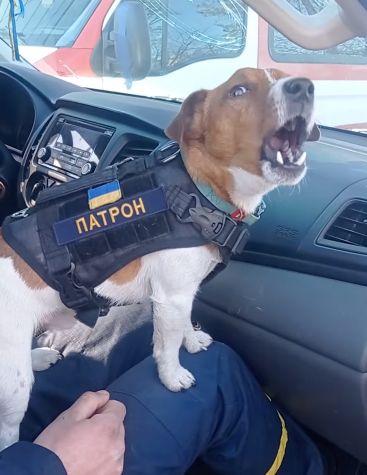 This video of a courageous dog has received over 175,000 views on Facebook in only two days, and many local Ukrainians have complimented him and wished him safety as the violence continues.

Thank you, men and little four-legged helpers, from the bottom of our hearts!