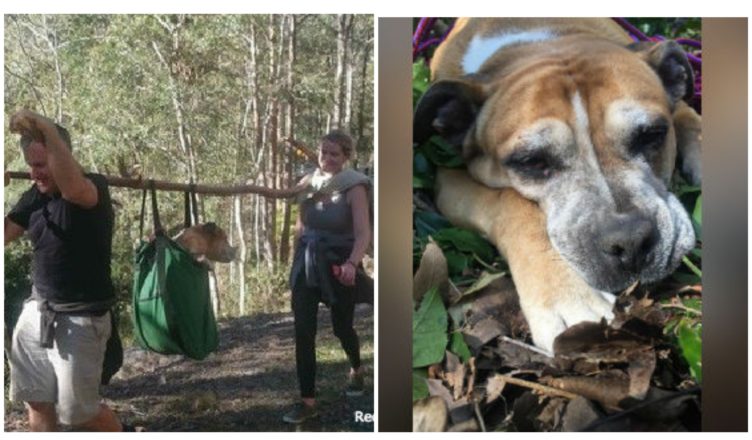 The Australian outback is harsh, so when five bushwalkers in Queensland stumbled upon a dog struggling in a rock pool, they knew they had to react quickly.

When Reddit user Dangerm0use and her husband and father were strolling around Mt. Glorious National Park, they came across the weary dog. They got to work, not knowing how long the dog had been in the water, where it came from, or even if it was friendly.

“We couldn’t leave it in the frigid water in any case.” “It was absolutely tired from its attempts to claw its way out of the deep hole it had dug for itself, and there was no chance it would have made it through the night,” the woman wrote. 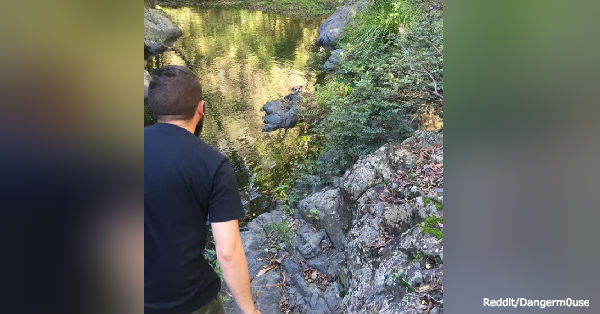 The hikers wrapped a rope around the dog’s head and shoulders and pulled her onto a rock embankment with the biggest stick they could locate.

“The dog wasn’t violent at all,” she explained, “and in fact lumbered away from us, up the bank, and into the dense lantana beside the pool.” “We reasoned that if she had been someone’s pet, she might have been dumped or lost.”

The dog didn’t want to join the group, but they couldn’t leave her behind. 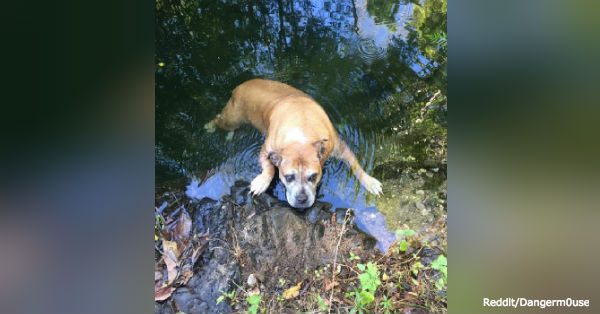 “She was in an awful part of the jungle, in a valley with a cliff face on one side and hectares of national park on the other, and a scrubby, stony, unscaleable bank up to a busy road.” There were also no houses within a 5-kilometer radius, and no clear route for her to get out of the gully on her own,” she explained. “When we saw her podgy little rump vanish into the lantana, we had no choice but to plunge in after her.”

They attempted to calm the dog and allow her to regain her energy. To get this 88-pound puppy out of the valley, he’d need more than just encouragement. 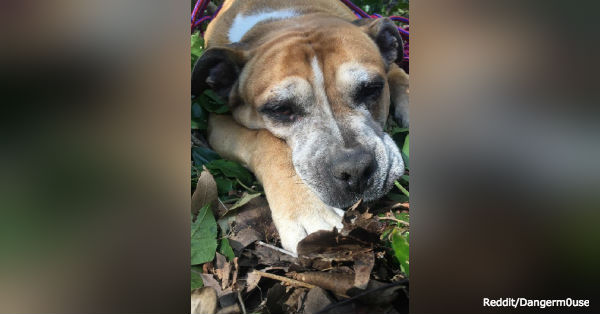 “She appeared to be quite sad and tired.” I yanked the lantana away from her nest and moved in closer, allowing her to adjust to our presence. “After a time, I took a chance and gave her a scratch on the head… and she thanked me with a lick on the hand,” the woman wrote. “Despite the fact that we had evidently been camped there for at least a few days, we saw that our tiny friend wasn’t exactly lacking in mass, prompting us to refer to her as Miss Piggy.” We spent a little more time getting to know Miss Piggy while we devised a strategy to get her out.”

They were able to build a harness out of a thick rope and a few slip knots and pull Miss Piggy out of the pit, over rough rocks and vegetation.

“The tiny sweetheart crawled over to me and rested her head on my leg, demonstrating her gratitude for our patience.” “I didn’t want to get too close to her at this time,” the woman wrote, “but she granted me permission to give her a reassuring cuddle.” “It was becoming clear that she wouldn’t be able to make it up the bank unless we carried her, so we started discussing harness and hammock setups made out of towels and ropes.” My husband had a light moment when he remembered we had a huge canvas bag in our car (15 mins walk back up the creek). We reasoned that if we could get her inside the bag, we’d be able to improvise a way to get her out.” 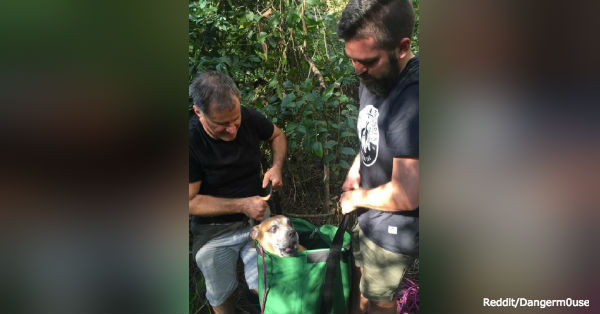 Miss Piggy was hauled out of the gully and transported back to safety by the woman’s brother and father, who secured the canvas bag to a huge branch. The 3-meter vertical ascent to the nearby street took less than 30 minutes.

Her owner was still hoping for the best about 15 kilometers north of where the dog was discovered. The dog’s real name is Elly-Bobby, and she went missing on June 30 and was located on July 23. The hikers were completely unaware of her activities during that period. 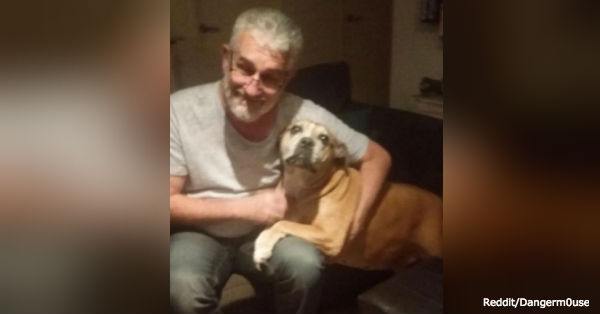 “For a dog that had been homeless for about a month, her condition was remarkably decent. “We also have no idea how she ended up in such a remote region of the woods, with no obvious evidence of harm and only the most basic indicators of exposure,” the woman wrote. “We speculated that she’d been stolen and later left, or that she’d found a temporary home but left it. Whatever the case may have been, we were just glad to be in the right location at the right moment to assist her.”