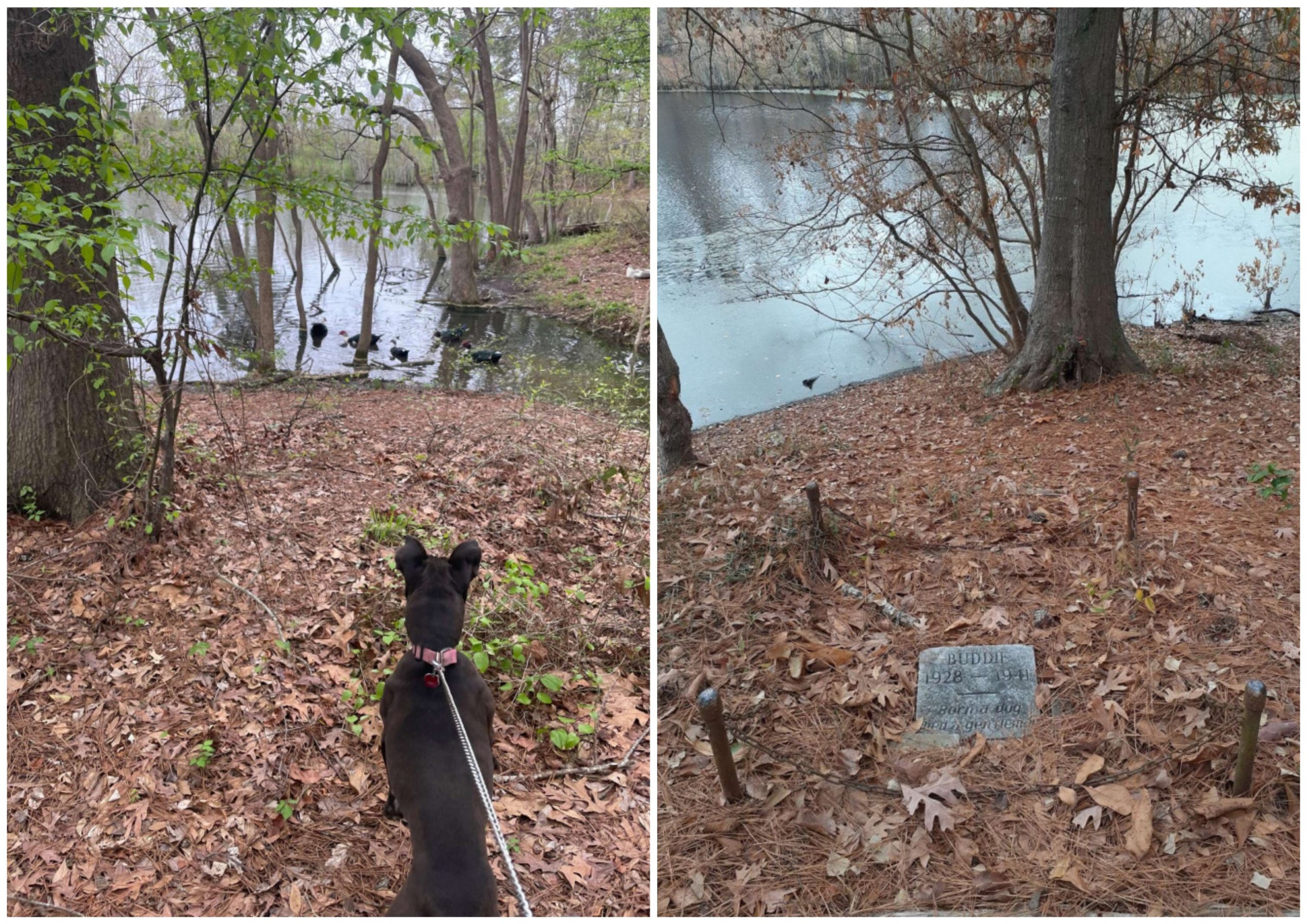 Zach Medlin and his dog Serena were out walking recently when they came upon something they hadn’t seen on any of their previous walks. There was a small square stone poking through the pine needles and leaves in Kiroli Park in West Monroe, Louisiana.

Serena was having a good time chasing ducks in a neighboring lake, when Zach chose to look inside the stone. “Some pine straw hid the lettering,” he explained.

“As a result, I had to sweep the pine straw out of the way to read what was written on the burial plaque.” The inscription on the stone said: “Buddie lived from 1928 to 1941.

Buddie had been a nice dog who was deeply loved by his family, Zach could tell from this sweet inscription. “Knowing that Buddie got his owners through the Great Depression warms my heart,” he remarked. 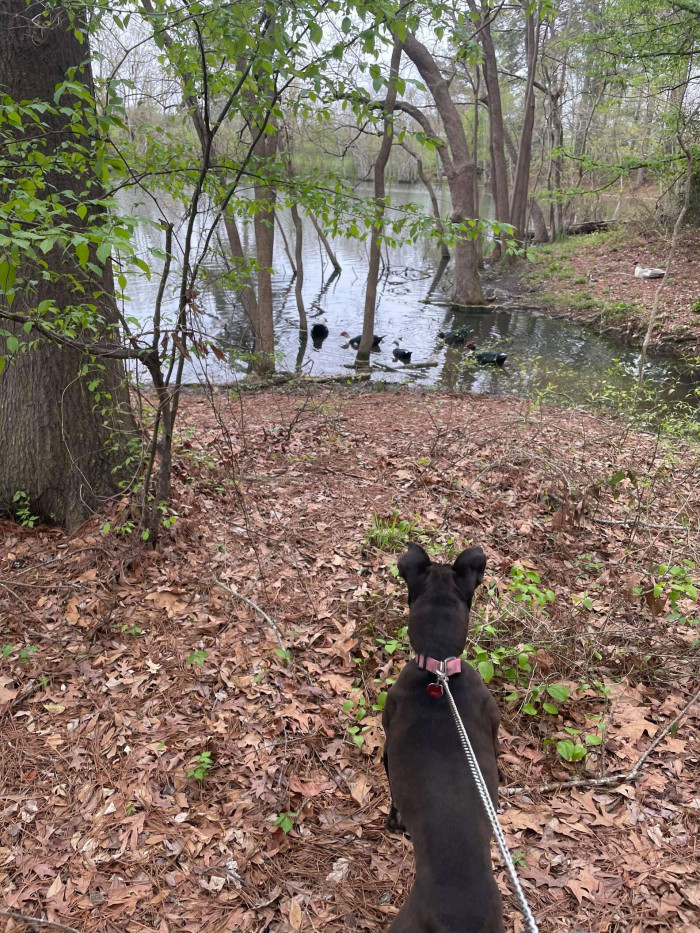 Zach was moved, but he was confused as to why Buddie had been buried alone in a public park.
According to legend, the park was previously home to a Boy Scouts summer camp, with Buddie serving as the group’s mascot. According to locals, a youngster started drowning in the lake one day, but Buddie saved him by warning the other Scouts.

However, evidence indicates that this is not the case. Lora Peppers stated on Findagrave.com, “While I was reading newspaper clippings outlining the legend, I found a copy of a handwritten note dated October 18, 1993.”

“It reads, ‘The dog belonged to Mr. and Mrs. Albert H. Jones, 215 Breard St., Monroe, according to Mrs. Dee Strickland.’ In 1932, Mrs. Strickland lived with the Jones family. The dog in question was a stunning Irish setter. Mr. Jones used to take him to Kiroli Park to run, so he decided to bury him there after he p.a.s.s.e.d away.'” 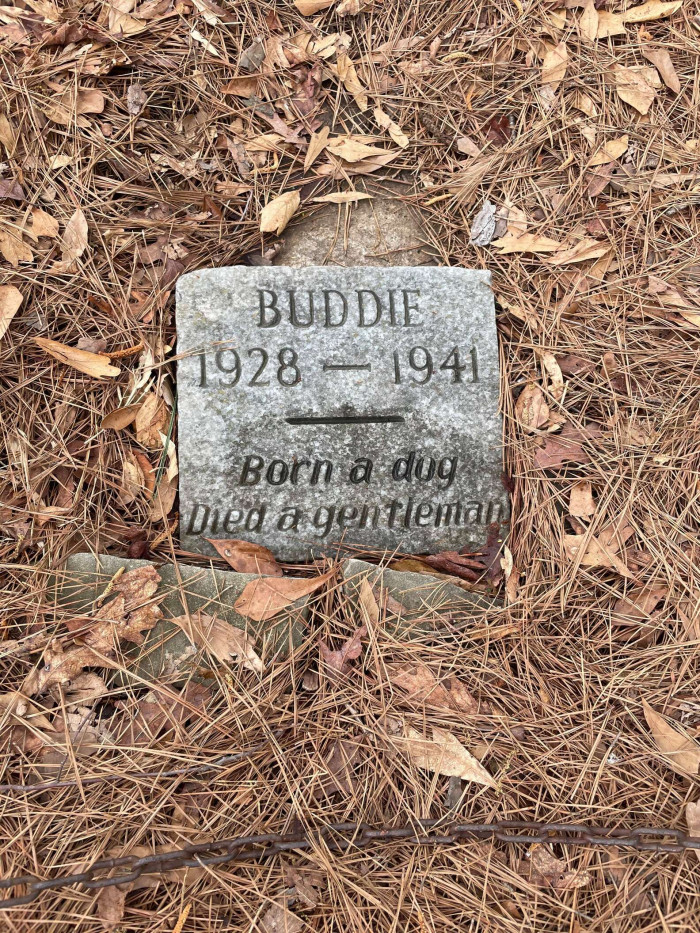 We think Buddie was very special, whether he was a life-saving Boy Scouts mascot or simply a cherished family pet. 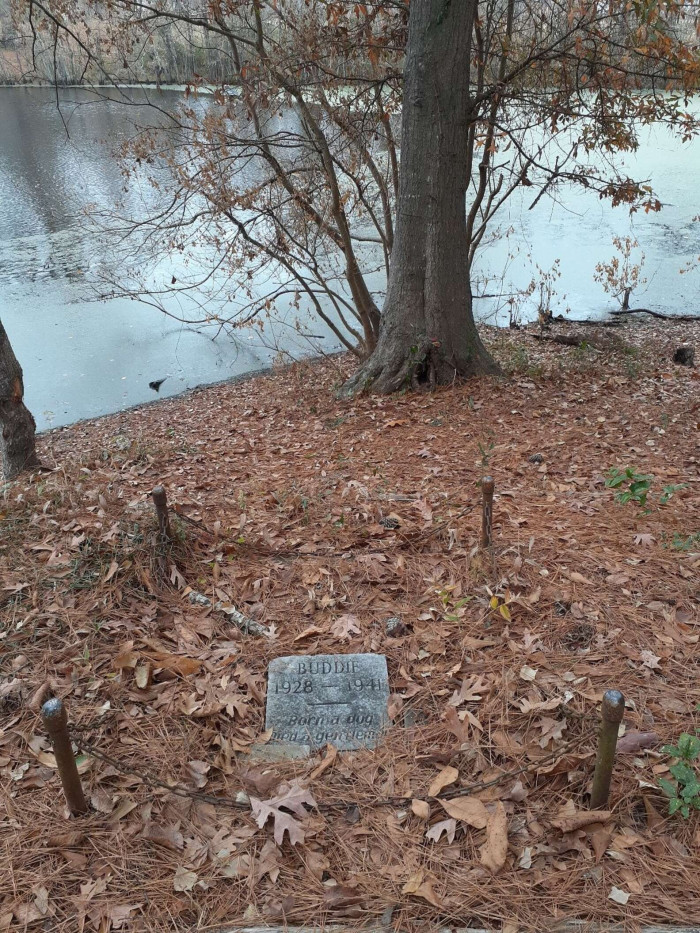 A little lion cub practiced his roar to scare tourists