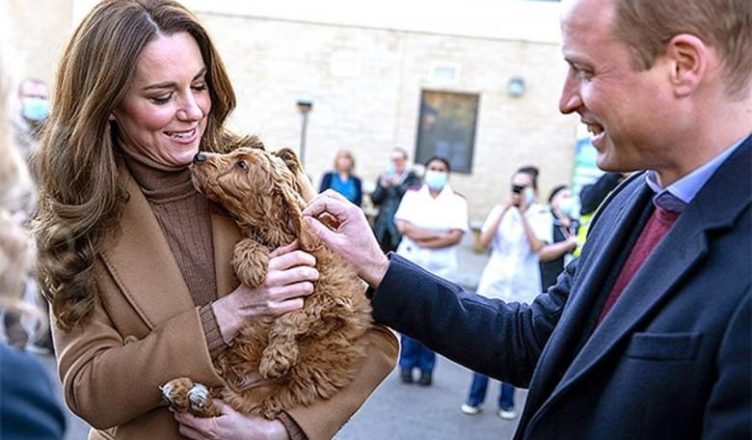 The royal pair got the chance to meet some really pleasant individuals while visiting a hospital in the north of the nation, particularly a young canine who is preparing for his future career as a therapy dog. Alfie’s lovely face seems to have won over the Duchess and the Duke of Cambridge.

The Duke of Cambridge and his wife, Kate Middleton, had fun with a dog they met in a medical facility. 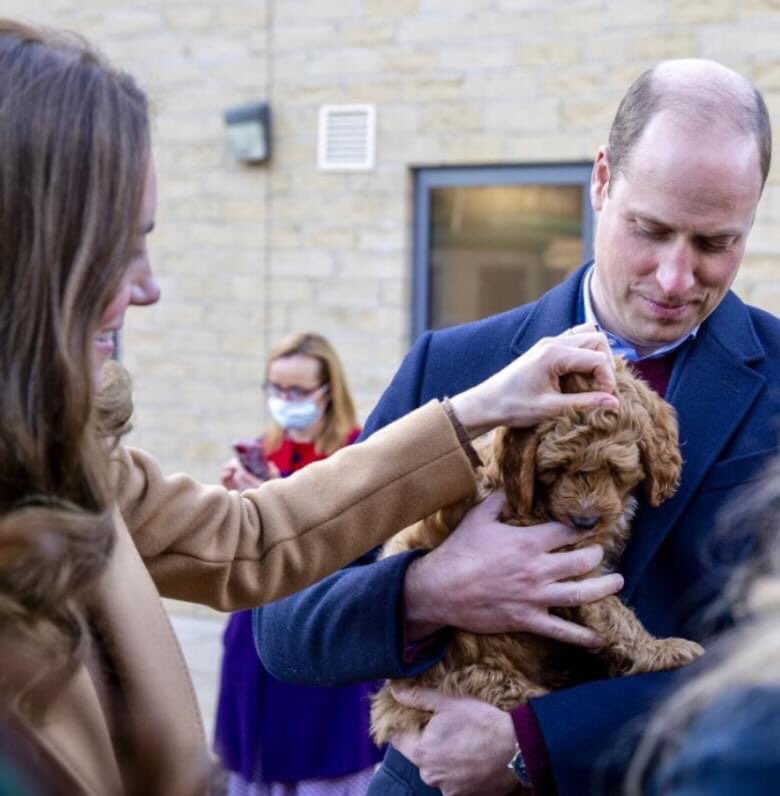 The photos show the pair about to fall in love with Alfie, a quadruped meant to serve as a therapy dog for people in hospitals. Kate and William were each given a chance to hold it and cuddle it. Their big smiles showed how happy they were to finally see him.

They were on their way to Clitheroe Community Hospital in Lancashire, in the north of England.

The pair credited and praised NHS Charities Together in an Instagram post. The training of two therapy dogs was made possible owing to the help of this organization. As a result, it is Alfie and his 6-year-old son Jasper. 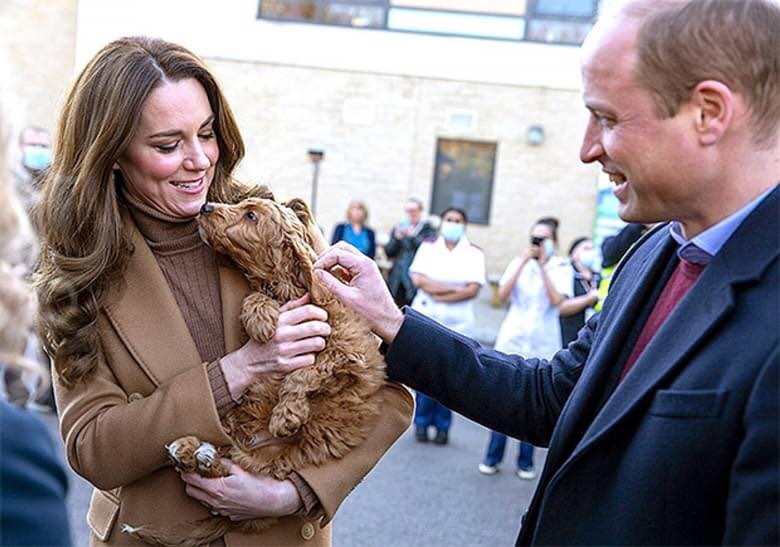 The British royal family has a strong affinity for dogs. We recall that the loss of Lupo, the Duchess and Duke of Cambridge’s English Cocker Spaniel, in November 2020 had a profound impact on them.

The queen will also mark her 70th year in power from June 2 to 5, with a military parade, performances at Buckingham Palace, a ceremony at St. Paul’s Cathedral, and street art, among other activities.