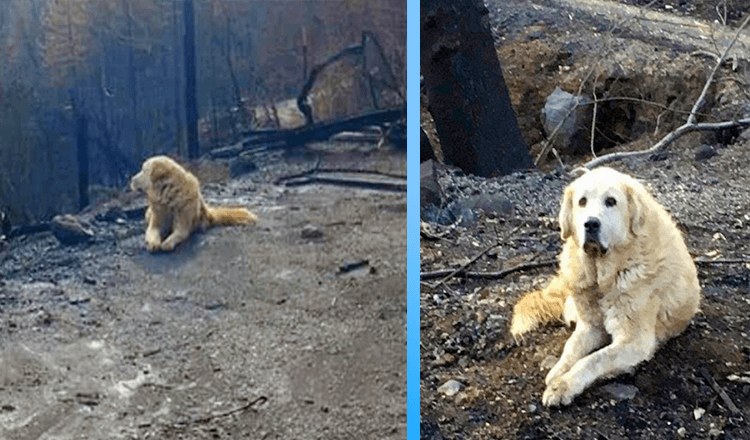 A few months after the fire, a woman came to inspect what remained of her house and was surprised and relieved to learn that her dog had survived the blaze.

Andrea Gaylord said that her beloved puppy, Madison, was eagerly waiting for her to come back home and take her with them. 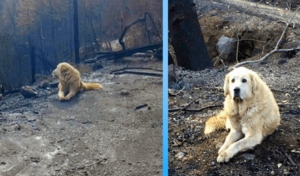 As Gaylord stated, “You cannot wish for a prettier dog.” “You couldn’t possibly.”

Madison could have survived the fire, so Gaylord contacted Shayla Sullivan, an animal rescue volunteer, who investigated their home. 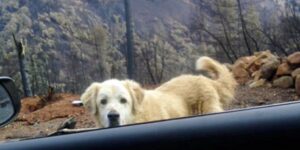 Sullivan was initially tasked with finding and caring for Gaylord’s second dog, Miguel. Miguel and Madison are siblings. Sullivan said she kept an eye on Gaylord’s house and let Madison, a mix between an Anatolian shepherd and a German shepherd, eat. 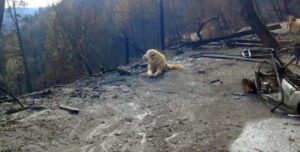 Gaylord returned home after the evacuation orders were released to check for damage. Madison was waiting for her when she arrived at the house. 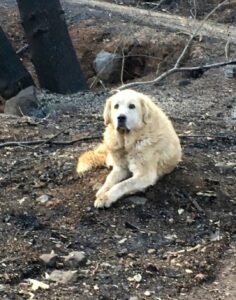 “Imagine the devotion of staying on and waiting under such circumstances,” Gaylord remarked. “It was highly emotional.”

The Camp Fire caused 84 people to lose their lives and destroyed Paradise, a 150,000-person town in northern California.