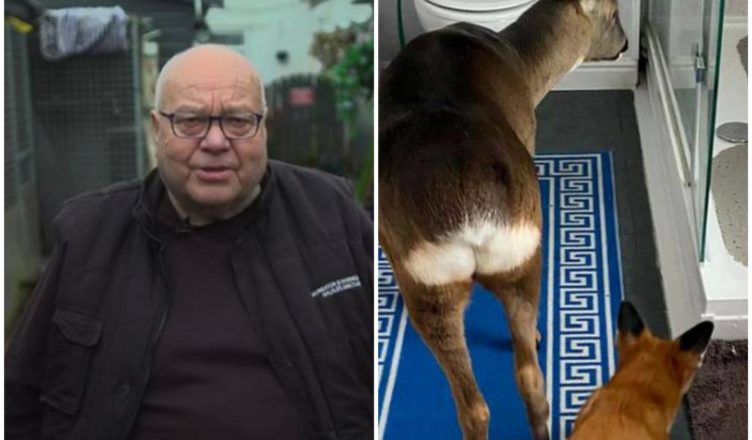 A baby fox was saved from the side of the road one freezing night and given to Geoff Grewcock, who operates the Nuneaton and Warwickshire Wildlife Sanctuary. He provided shelter and care for the fox. 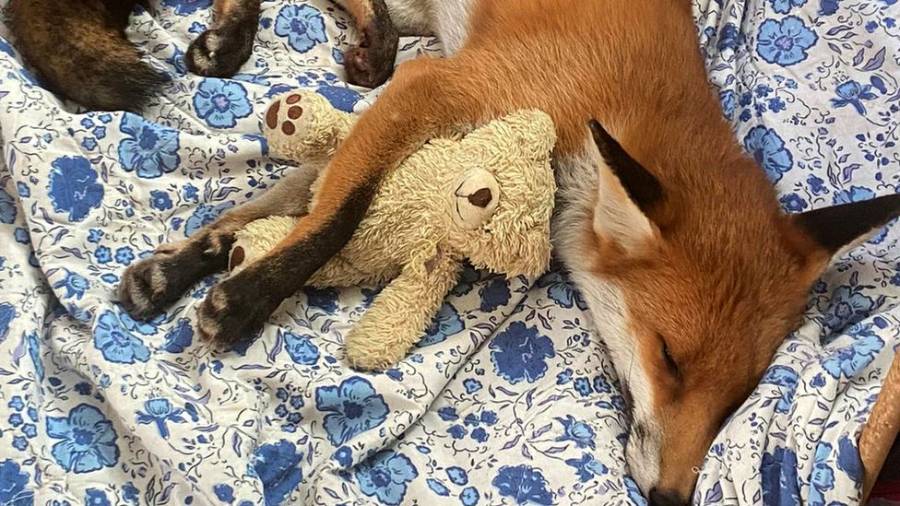 The fox cub, called Woody, had almost 150 ticks on him when he was rescued, and despite a grim prognosis, he healed.

During his recuperation, he socialized with Orla, a greyhound, and Bramble, a deer.

Mr. Grewcock added that Woody was spotted by a passer-by and taken to the shelter. He describes himself as “an exceptional fox who believes it’s a dog.” 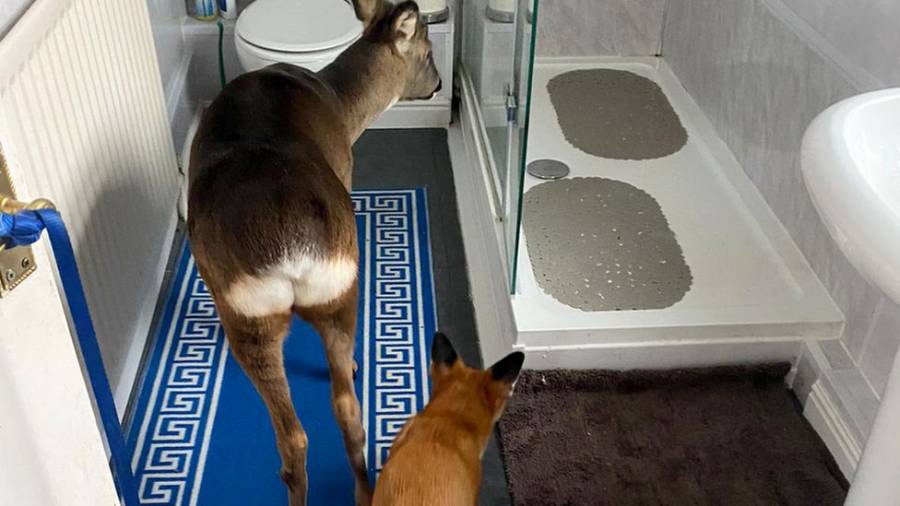 “We believe his parents simply left him; they may have suspected something was wrong with him.”

During the height of his condition, Mr. Grewcock stayed up all night and fed him every two hours. Soon after, the fox got better from his illness and joined the family.

Woody soon became extremely close friends with Bramble the deer, and the two are now permitted to wander about Mr. Grewcock’s land. Woody is also not bothered by Orla, the pet greyhound. 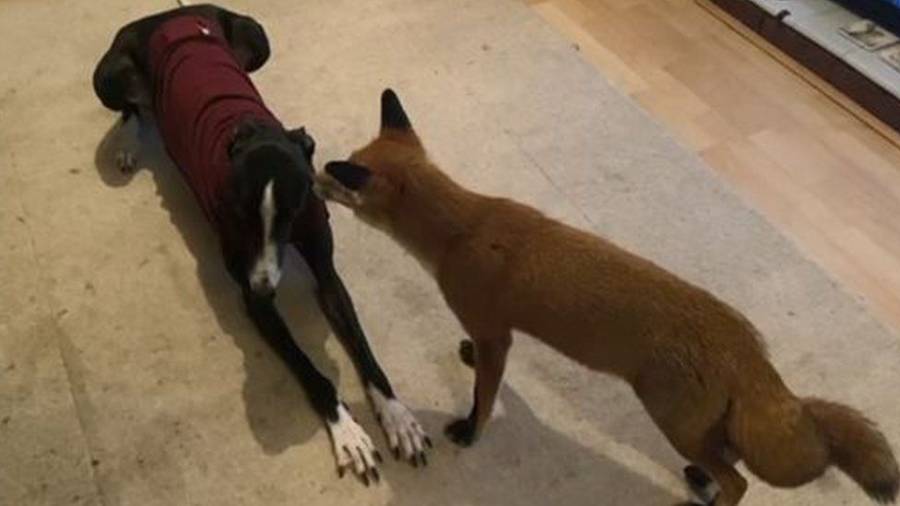 Henry Bradley Grewcock, who cares for around 80 animals, works at the refuge. He said that Woody had recently changed and gotten used to the place where he lives, which is a sanctuary.

“The vet indicated he’s almost 90% blind,” Mr. Grewcock explained. “So we’ve had to treat him like a blind human, and we can’t release him because of his sight, but he’s quite happy being a house fox and being with Orla and Bramble.” 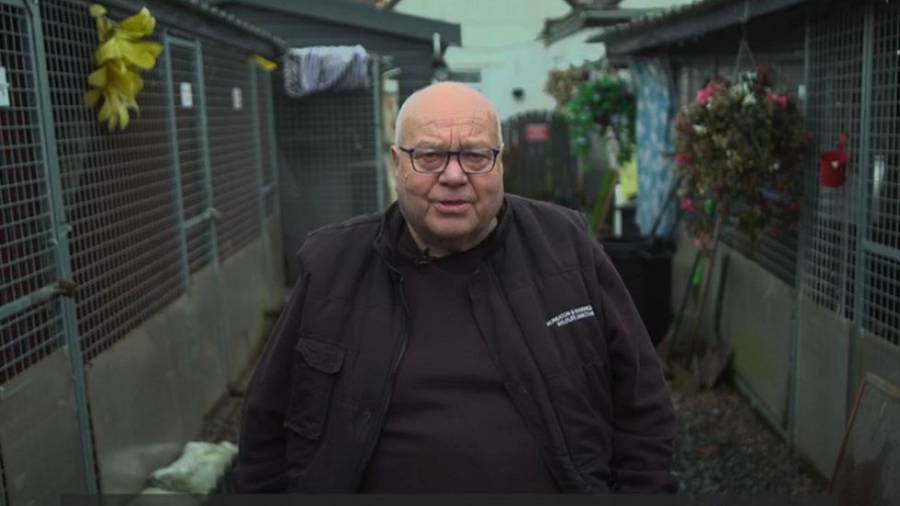 People frequently ask him what kind of dog Woody is when he takes Orla and Woody on walks.

“I’ve seen cars speed by us and then slam on their brakes, as though they’re wondering, ‘What’s all that about?'”

After retiring in 2001, David Grewcock chose to transform his lawn into a wildlife refuge. He, his family, and his friends have together supported over 62,000 animals since retirement, using his pension to help cover the expense of feeding them.