A baby antelope was almost k.i.l.l.ed three times: first by a pack of wild dogs, then by a crocodile, and finally by a hippopotamus. 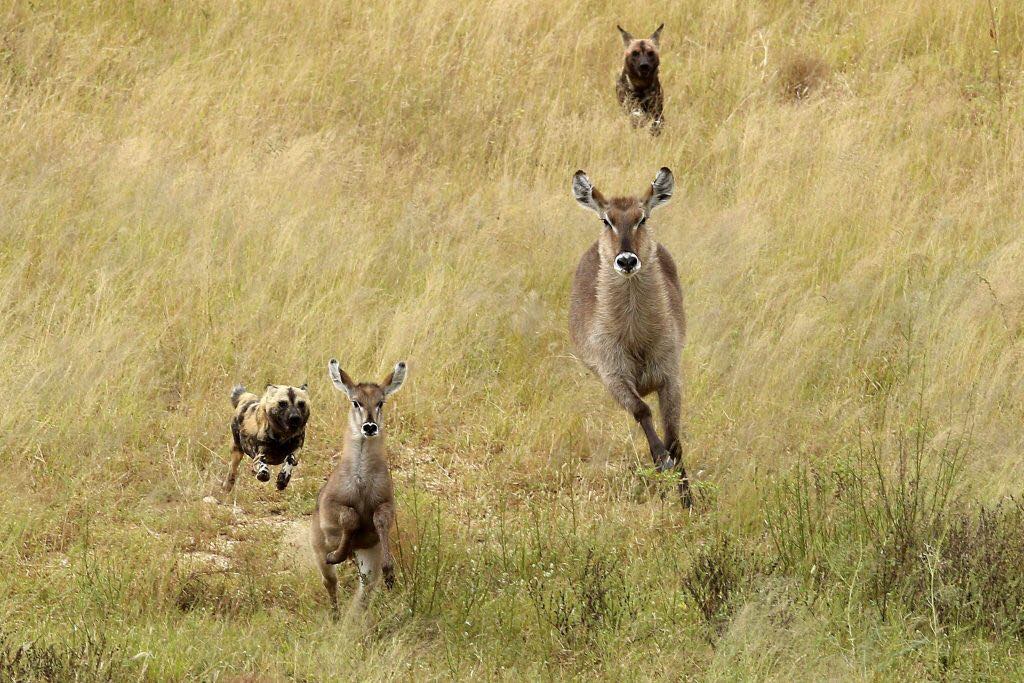 Wild dogs that were hungry followed the antelope and her group, but they hid in a nearby watering hole to stay safe.

The antelopes were not alone, as a crocodile crouched under the waves, ready to strike. 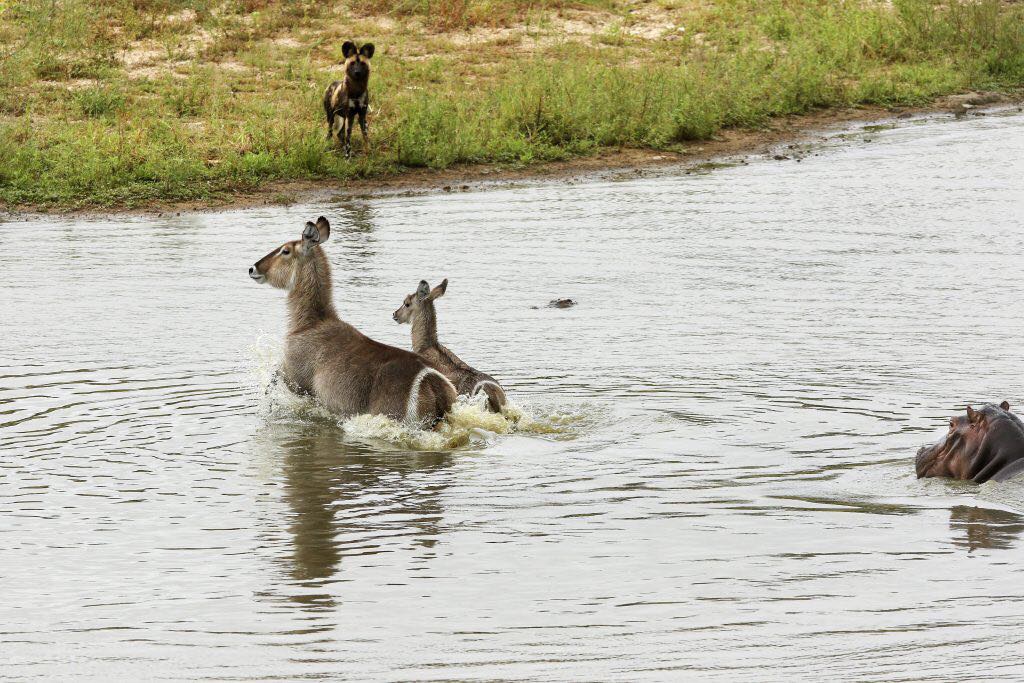 When a hungry hippopotamus opened its mouth to eat the antelope, it was the antelope’s worst fear coming true.

After many futile efforts to a.t.t.a.c.k. the antelope, the hippo gave up, enabling the unlucky antelope to go unharmed. 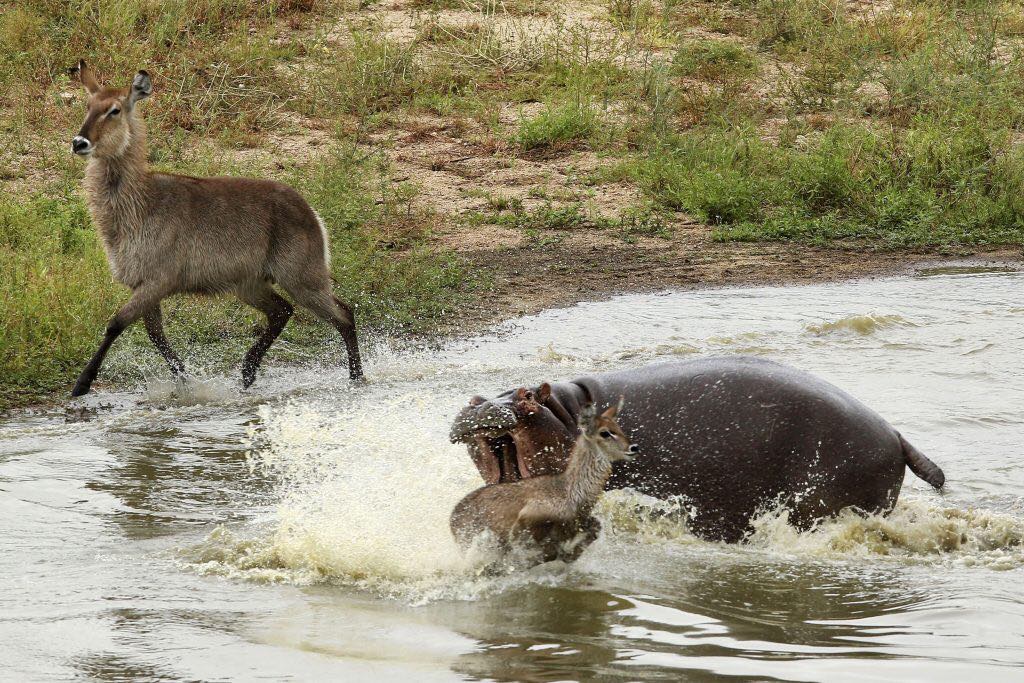 Daryl Dell, a professional safari guide, took the images in Ngala Private Game Reserve in South Africa after going on a quest to discover a group of wild dogs.

A hippopotamus lunged at a waterbuck calf and ag.g.r.e.s.s.ively bit it, most likely because it was in its territory. 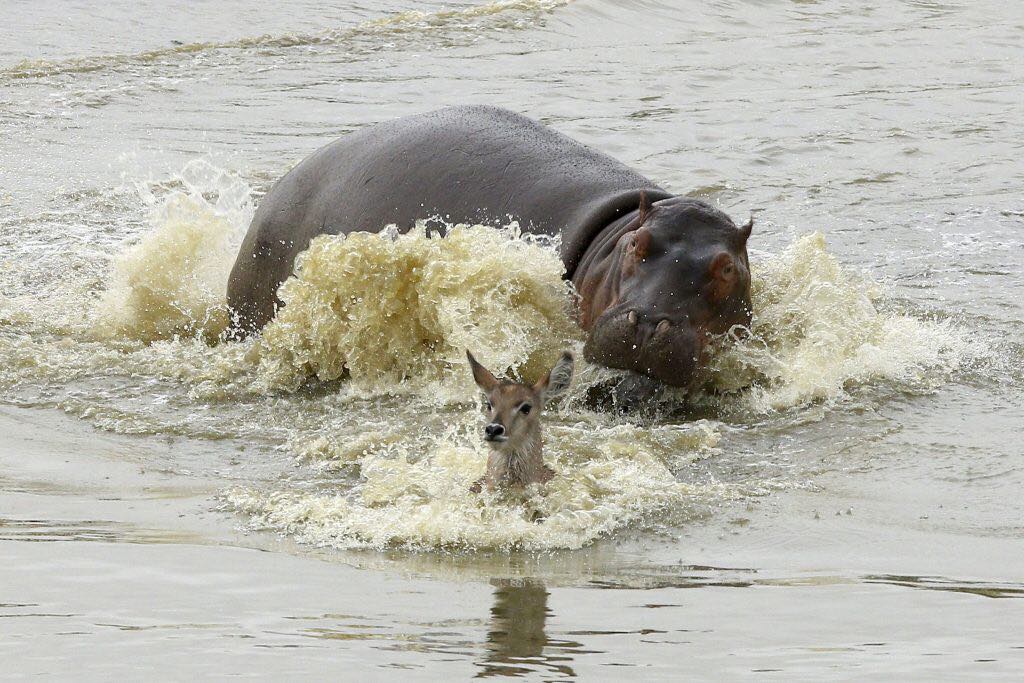 The lively and naughty character of the dogs who had earlier taunted them had already upset a group of hippopotamuses, and one member was plainly not amused.

It made its intentions apparent by racing into the scene, frightening the crocodile away and watching the dogs smash on their brakes.