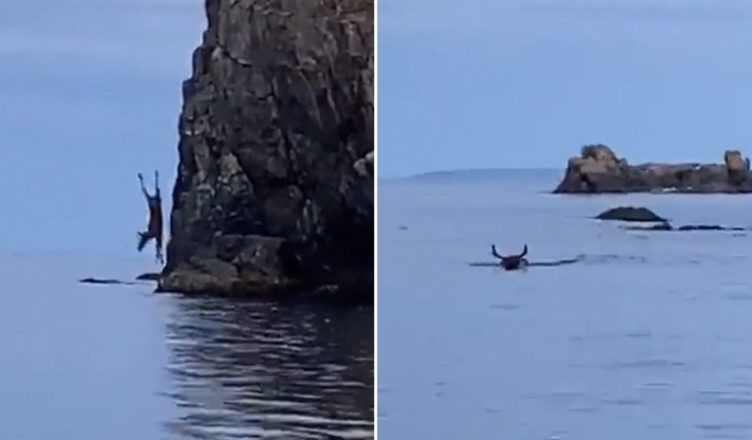 Alyssa Hewlett and a man were sailing off the shore of Nipper’s Harbour in Newfoundland, Canada, when they noticed a moose on the cliff’s edge.

The moose is looking down at the water, as if attempting to find his footing on the sharp rocks. “He wants to leap!” cries Hewlett’s partner.

A few moments later, the moose dives head first into the water!
It’s not a smooth drop into the water, but rather a smash that causes the lady to exclaim, “Oh no!” Has he left?”

To their amazement (and relief), the moose’s head appears above the water, and he begins to swim towards shore.
Luckily, a professional moose biologist confirmed that the moose was not in grave danger. 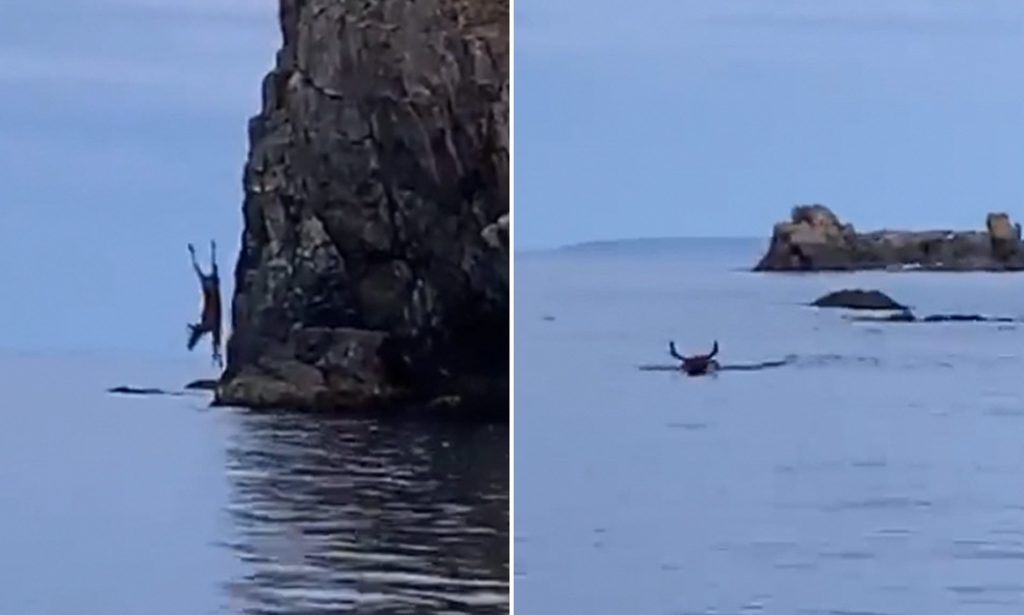 “The moose presumably wandered down the cliff-side but couldn’t get back up,” Dr. Ronald Moen, a biology professor at the University of Minnesota, told Mashable. Although there didn’t seem to be much food available, it was possible that it was hunting. Moose are great swimmers, and given how quiet the water was, it may have found a way back to shore.

Moose are not only excellent swimmers, but they can also hold their breath for a whole minute underwater. They have noses that operate as valves to keep water out, which is useful while grazing on submerged vegetation in lakes and rivers, as they often do. They can also dive over 20 feet (6 metres) beneath water! This moose apparently missed the message and began diving into the air!

This moose isn’t the only animal that does daring water dives. Take a look at these wild macaque monkeys diving into a pool.