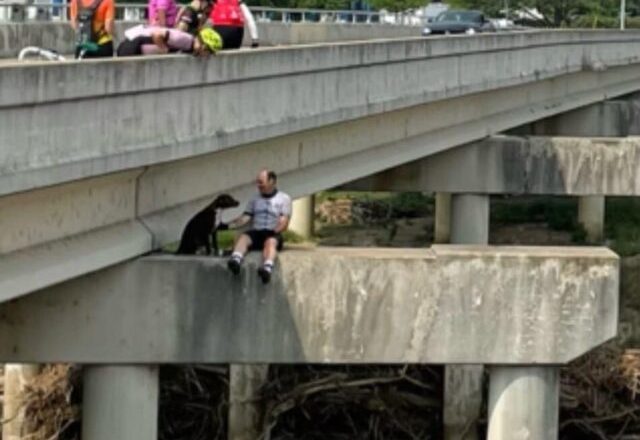 Every Monday night, “Smash Bros Plus One” bikers ride through Fort Worth, Texas. Their plans are typically constant, but every now and then they embark on an unexpected excursion. A particular bicycle ride resulted in the life of a dog being saved.

The bikers planned to embark on an 80-mile journey to Dallas and back in one week. Nonetheless, they had to come to a halt around 30 miles into their journey when they came across a woman in desperate need of assistance. When they questioned what was wrong, she showed them a Pit Bull who had been trapped on a support beam and was unable to move on her own. On their journey to Dallas, the cyclists came across a woman who had stopped her vehicle and was waving people over. She continued shouting that a dog needed assistance. The riders were at first wary, but they decided to investigate.

The Pit bull mix was trapped on a concrete support beam right below the road, according to the lady. She was around 15 to 20 feet above the ground and couldn’t get up or down. Someone most likely abandoned her there. 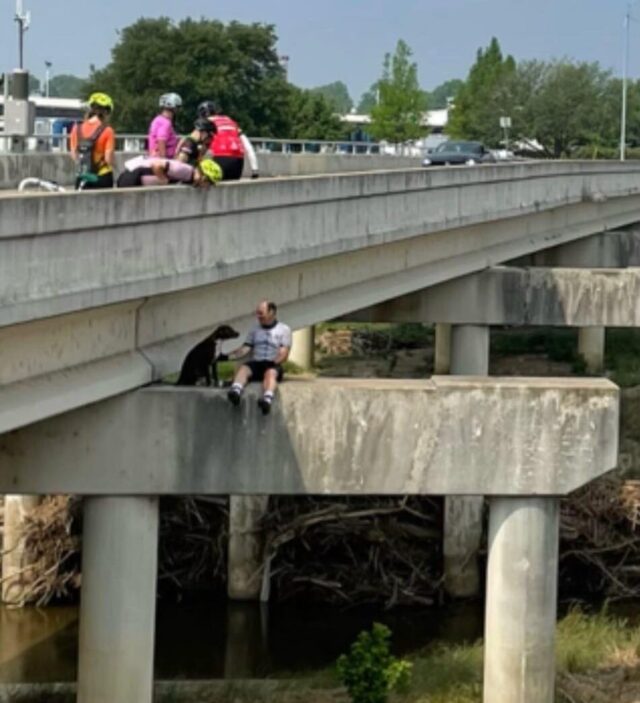 A handyman came over to investigate what the noise was about, as the bikers were working out how to get to the dog. He just happened to have a ladder in his car. So biker Chris Williamson downed the ladder to get closer to the dog. He sat next to her for approximately 15 minutes, attempting to gain her trust.

Williamson scooped up the puppy and handed her to the folks above him once she felt at ease around him. They held her like a baby and laid her down softly. The puppy seems pleased to be safe. 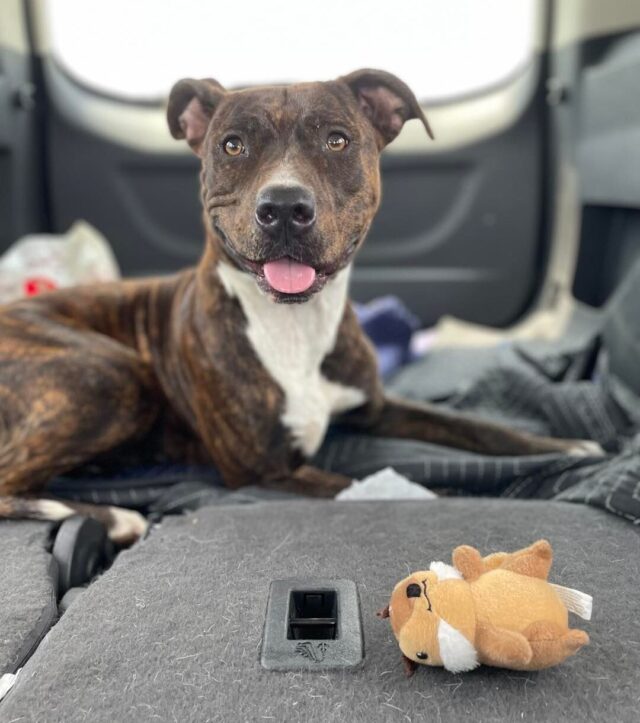 Someone contacted animal control, and they arrived at the bridge to check the dog for a microchip. She didn’t have one, but nearby shelters were full, so the riders decided to locate her a safer location to stay. In the end, they got in touch with Saving Hope Rescue, which was able to find a foster home for her.

“Our intake is closed owing to a lack of foster assistance, but how could we say no to good Samaritans effectively acting as skilled animal rescuers?” Saving Hope Rescue said on Facebook, “We said yes to taking the puppy into our care.” The pit bull was named Moriah Wilson by the rescuers after a professional cyclist who was recently slain in Austin. Moriah, or “Mo” for short, is the pup’s name. Mo is already fitting in wonderfully in her foster home, thanks to the generous bikers who stopped to assist in any way they could.

Many rescues and shelters now have more pets than they can manage. Please consider making a donation to Saving Hope Rescue to assist dogs like Mo.