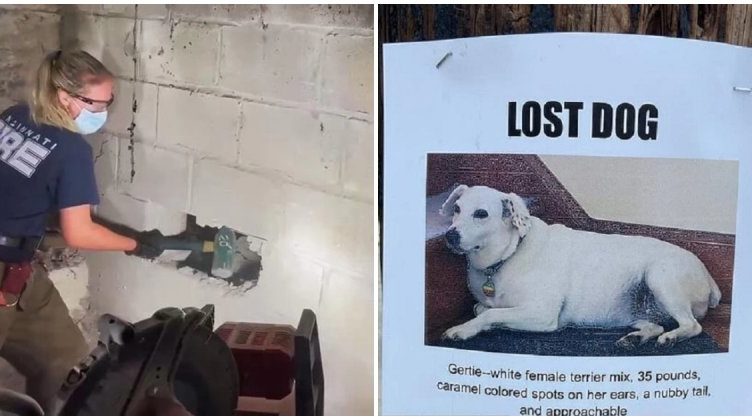 Gertie, the dog, had a normal life with his owners, Connie Frick and Lynn Herman. But everything changed one day.

A dog has vanished. After a stroll in the backyard, the owners couldn’t locate him. They put up signs and called locals, but the search proved useless. 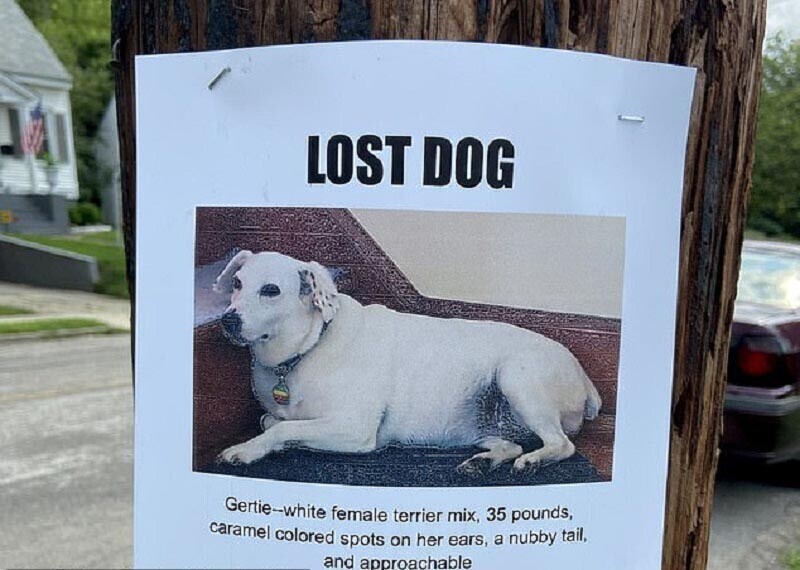 A neighbor, Vanessa Roland, noticed a peculiar cry emanating from the garage wall several days later. She told Gertie’s owners, and they called for help from the Cincinnati Fire Department in the United States.

It was found out that the unfortunate puppy had slipped into a gap behind the garage, been trapped, and had been stranded for five days. Jenny Adkins, a firefighter, had to smash down the wall with a crowbar to get the unfortunate girl out. The pet was returned to its owners 10 minutes later, scared but pleased to be free. The firemen were dubbed “heroes” on social media!