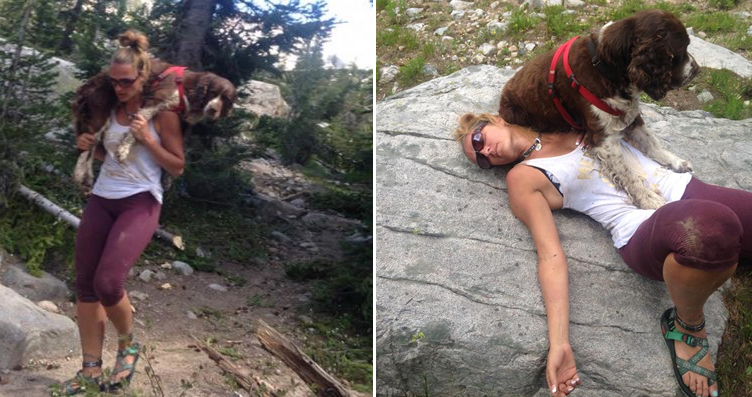 Tia Vargas chose to trek a mountain one day, not knowing that she would take home a new family member.

On her way down, she came across a group of hikers who were standing next to an injured Springer Spaniel. The hikers were concerned, but they had no idea who the owner was or what to do.

The name “Boomer” is inscribed on the dog’s collar. They suspected the wounded puppy belonged to the family that was missing a dog down the route. 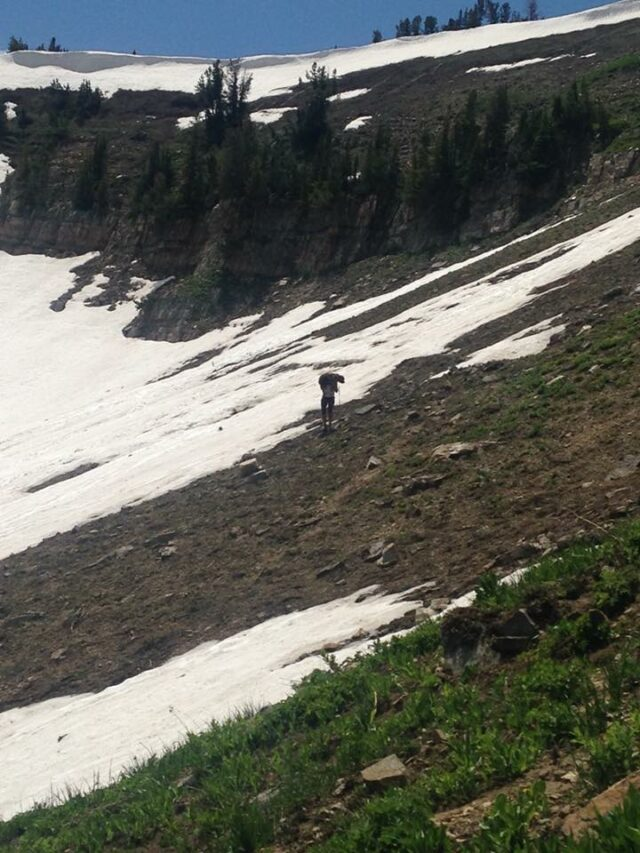 Tia offered to bring the dog down since the hikers were heading up. The poor puppy was seriously hurt, dehydrated, and had one paw dislocated.

Tia hoisted the dog on her shoulder and started going down the path, realizing the dog couldn’t walk on his own.

Tia is certain that if Boomer is not found in time, he will perish. Tia knew she had to be strong to help the dog on the long, hard journey, which was made much harder by the fact that she had to carry a 55-pound dog. 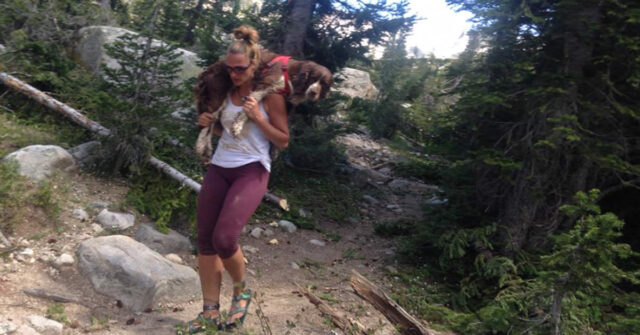 The lady encountered her father, who opted to remain below and continue traveling down. Tia’s strength was put to the test when they got lost twice on the way down.

It doesn’t end there; rain begins to fall, and Tia, fatigued and exhausted, prays to regain her strength. They eventually reached the bottom of the path after six hours. 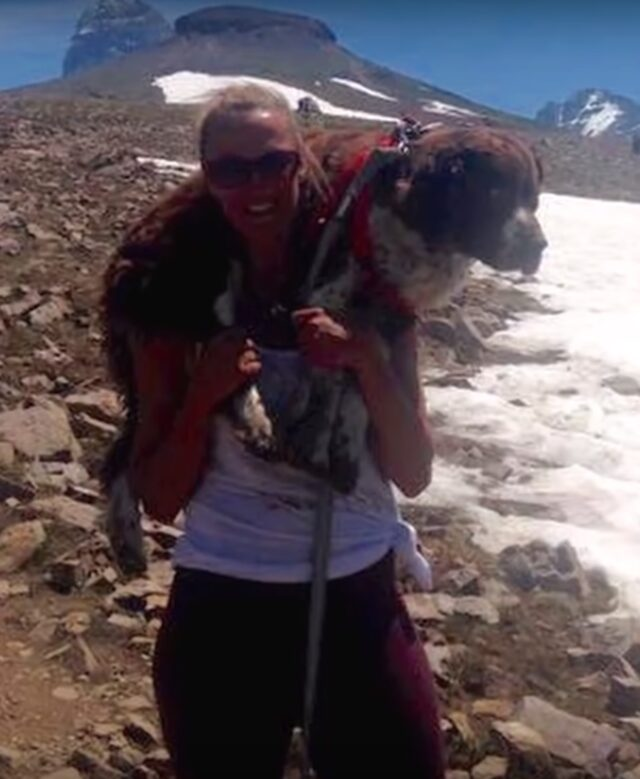 Tia called Boomer’s family after learning that he had been lost and stuck in a deep fissure. The family was upset after searching for the dog for many hours. They are thankful to Tia for helping them find Boomer.

In an unforeseen change of circumstances, the family was set to relocate and needed to find a new home for Boomer. After Tia had done so much for the dog, they asked if she might adopt Boomer. 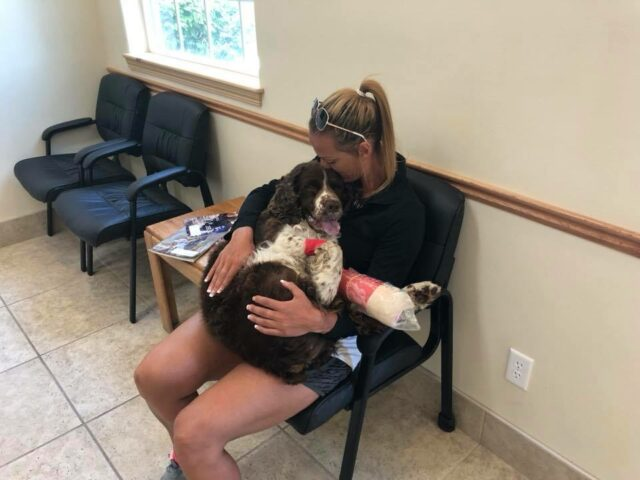 Tia accepted without hesitation and believes it was fate that brought them together. Boomer’s new mom is Tia, and he couldn’t be prouder of his courageous and loving mother.