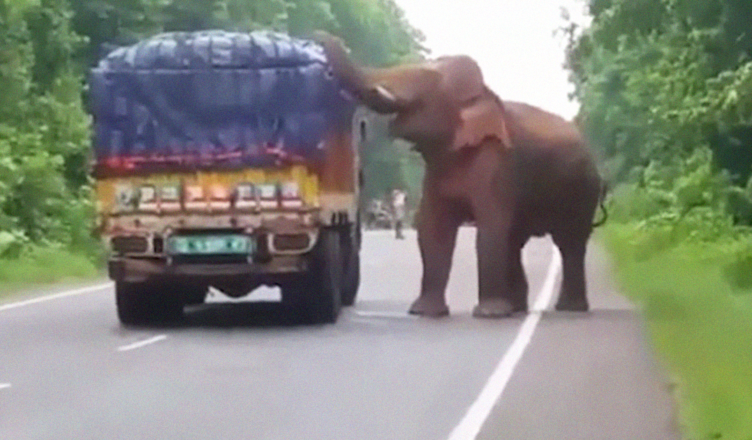 A guy transporting a truckload of potato in a road in East India was recently approached by a wild elephant who offered to assist him grab a bite.

The animal’s trunk was inside the vehicle seconds later, eating the potatoes.

Despite the efforts of onlookers to prevent the elephant from stopping by yelling and trying other strategies, the elephant seemed more interested in the meal than in what the driver and others were doing.

The Asian elephant was serious about not letting anyone get in the way of his snack. 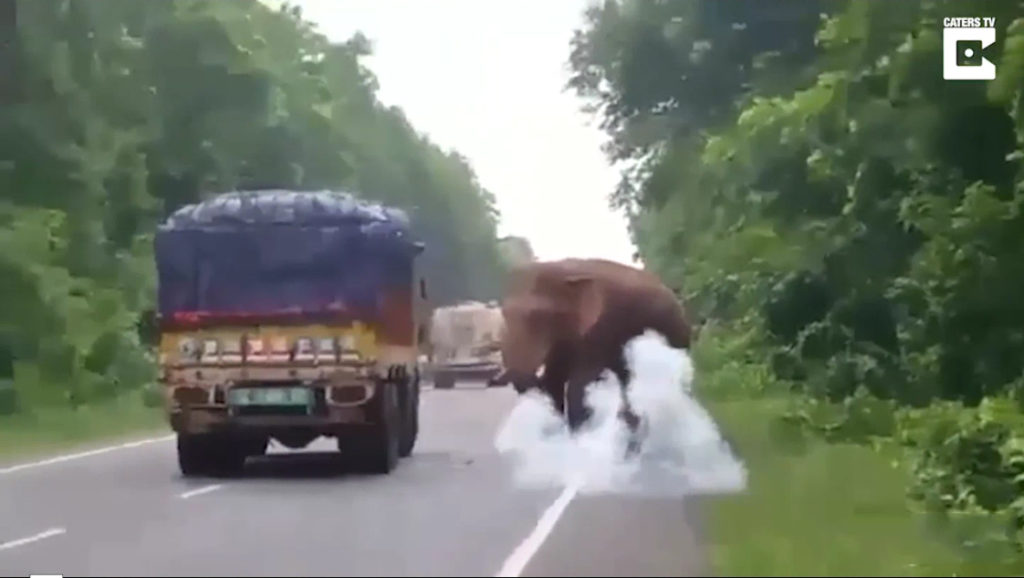 The entire event was captured on film. While the tale has a humorous aspect, it also highlights a tragic truth: habitat separation and loss of habitat force endangered elephants to interact with humans on a regular basis.

This time, the elephant was able to satisfy his need without harming himself, but this is not always the case.