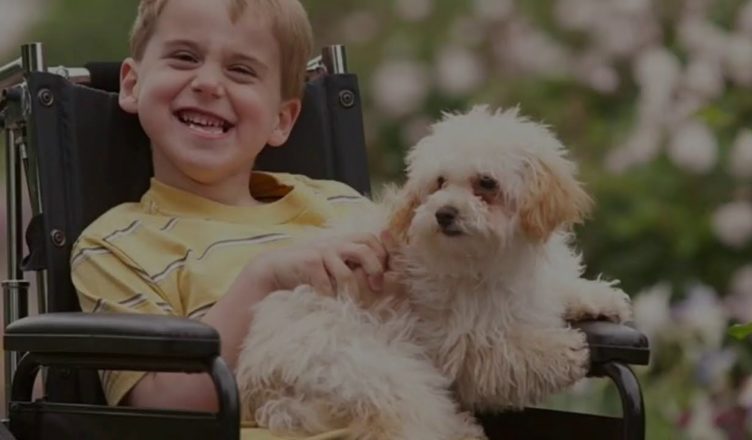 A child’s love recognizes no distinction between people. This attitude appears to extend to the animals around them.

Kids see the world as it is and how it relates to them, rather than through the lens of preconceived notions. This quality ingratiates them to so many people around them. In nearly all circumstances, a child’s love is genuine. The idea in the following story is nice and touching, and it has motivated others with its simple lesson: love one another and be kind. The narrative begins on a farm with a farmer selling a few pups from his dog’s latest litter. A little boy approached the farmer, eager to buy one of the small pups.

The farmer is taken aback by the boy’s conduct while displaying the pups for sale. The child had arrived in response to a notice announcing that the farmer was selling four pups. The farmer felt a pull from behind as he drove the last nail into the sign at the border of his yard. He was astonished to discover a small boy waiting behind him when he looked around.

“Mister,” the kid remarked, “I’d like to purchase one of your pups.” Shaking his head, the farmer explained to him that the pups had a great pedigree and were thus not cheap. The child paused for a bit before reaching into his pocket and pulling out a handful of coins.

“I have thirty-nine cents.” “Is it sufficient to warrant a look?” asked the youngster. The farmer convinced the child that it was plenty and summoned his dog and her puppies. Four small fur balls soon followed their mom into the yard. The small child, for his part, couldn’t help but grin with delight.

The youngster then observed something else: another small ball, although more slowly, following his family into the yard. This puppy staggered around, attempting to keep up with its mother and siblings.

“I want that one,” the small kid replied, pointing to the runt. Kneeling at the boy’s side, the farmer attempted to explain why he didn’t want that specific dog. The puppy could never play with the boy as the other dogs could.

Taking a step back, the youngster pulled up his trousers sleeve, the light reflecting off the steel brace that ran down both sides of his leg.

The small child spoke out, looking up at the farmer. “You see, sir, I’m not the best runner, and he’ll need someone who understands.” The farmer reached down and scooped up the dog. The farmer gave the small runt to the youngster with tears in his eyes.

“How much is he?” inquired the youngster. In the video below, you will hear a wonderful tale of a child’s naive love.